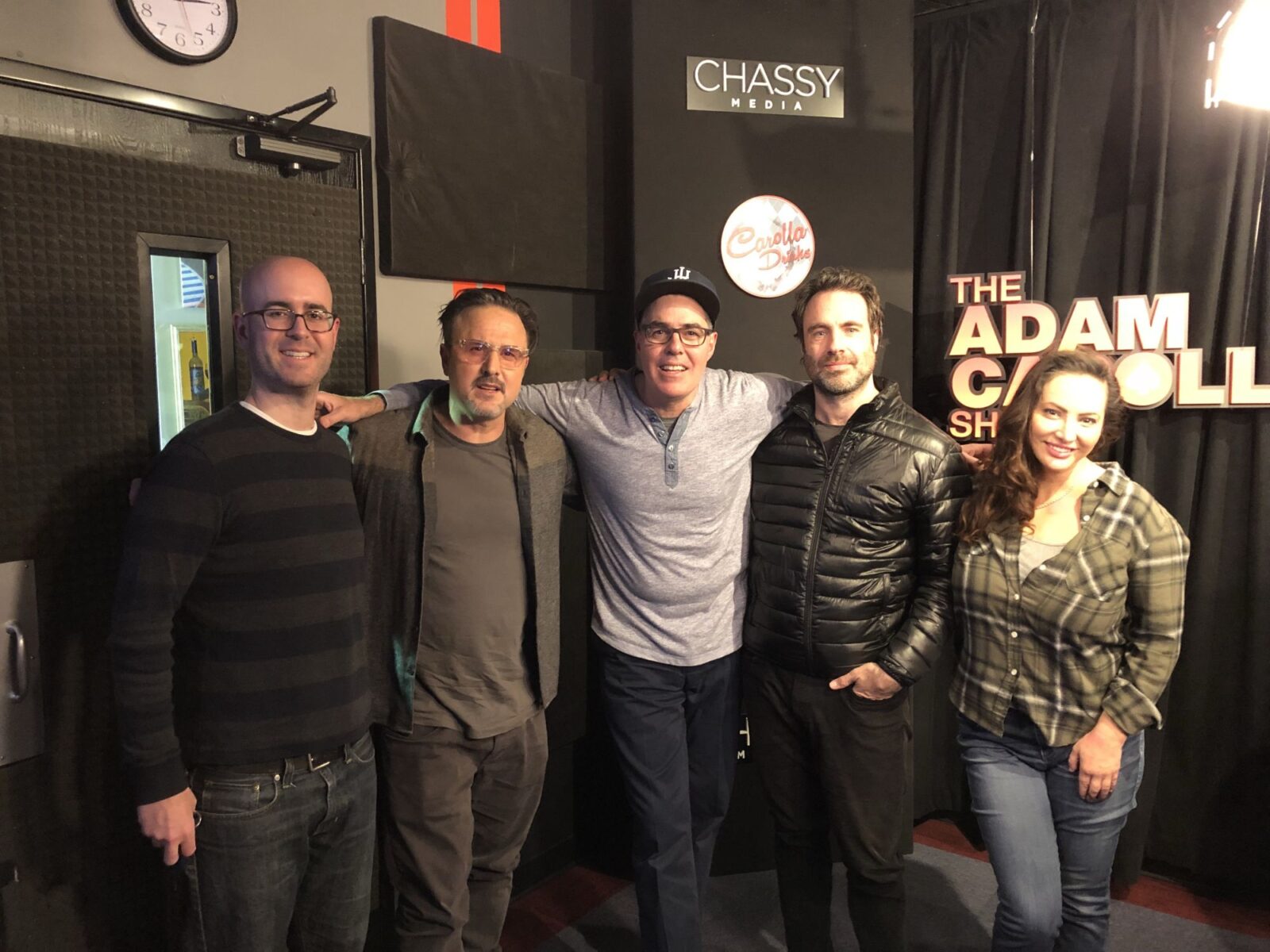 Posted at 27 Feb 2018 in Podcast by Chris Laxamana

At the top of the pod, Adam talks with Gina and Bryan about the realities of becoming old. He also rants about guys who wear leather pants, cars with personalized license plates, and ‘experts’ who don’t know what they’re talking about. Adam then takes a call from RJ Bell, and the guys talk about the odds on this year’s Academy Awards. They also chat about which films you should lock in on your ballots, and Adam and Shek bring today’s Good Sports.

David Arquette is in studio next, along with director Matthew Cooke. The guys talk about mispronouncing things just so you can correct them, and then move on to the topic of the prison system, and what got David and Matthew involved with a film that tackles such a dark topic. The guys then talk about common sense ways to get our society back on track, why we need to stop looking at Prison as the answer to all our problems, and why we should end the war on drugs. Later, Adam plays a clip of when he made fun of David Arquette on air during Loveline, and then David showed up at the studio moments later.

Gina begins the news talking about the officer who stood outside during the horrific Florida school shooting. They also talk about a possible elder abuse situation involving Stan Lee, and finding drugs hidden inside of donated items dropped off to charity. As the show wraps up, the guys discuss updates on the popular ‘coffee-meets-bagel’ dating app.

Catch ‘Survivors Guide to Prison’ out now on all digital media platforms. You can also follow today’s guests @DavidArquette and @TheMatthewCooke.