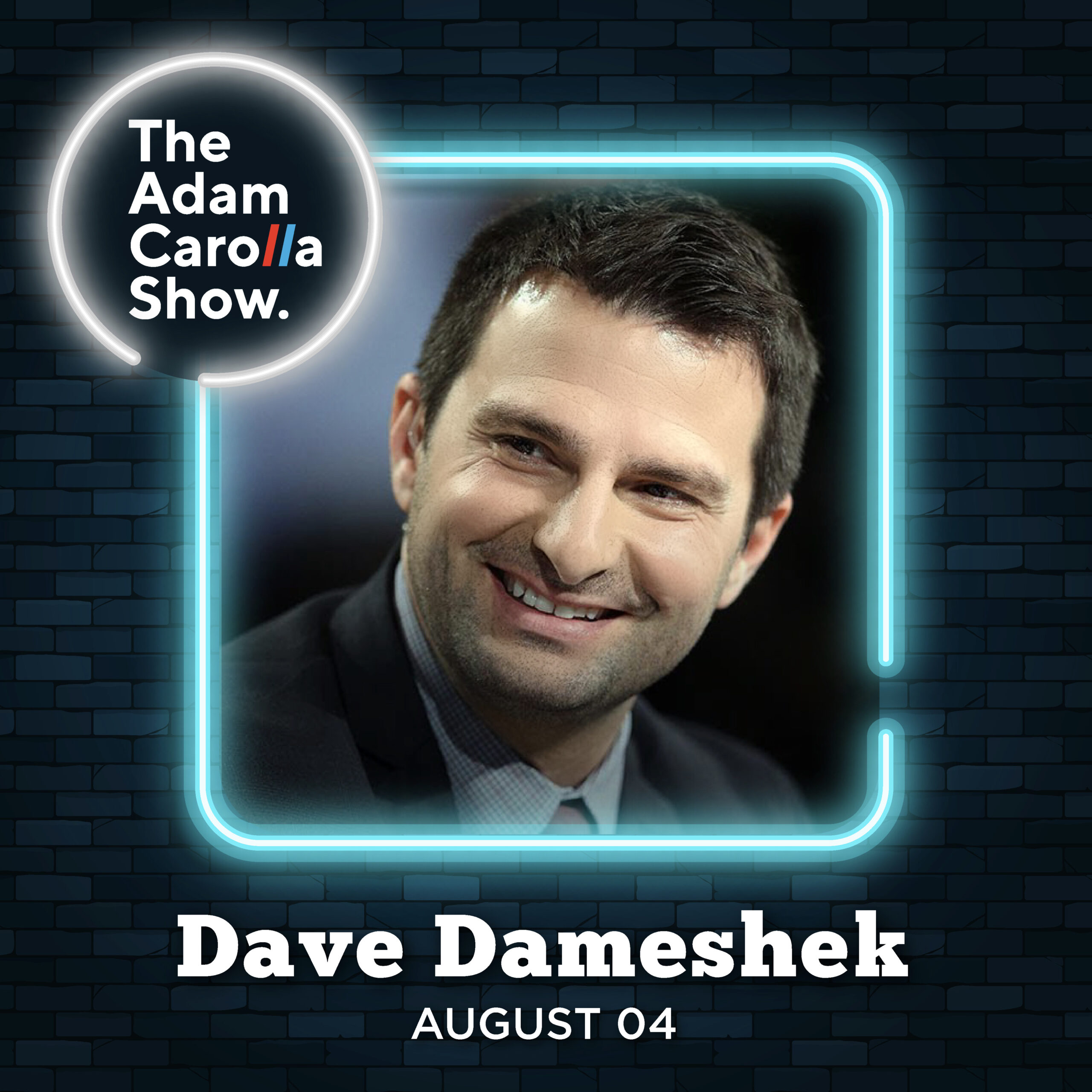 Adam opens today’s podcast looking forward to the game ‘Dead or Alive’. It reminds Adam of a recent connection he had to Love Boat, and the guys go on to discuss LA’s out of control homeless situation, and Gavin Newsom’s terrible leadership. Jeff Ross then calls in to talk about being diagnosed with COVID prior to Cousin Sal’s Vegas Roast, planning the next big roast, and jokes he would have said on stage had he been there. Later, the guys break down Josh Gardner’s ‘porn star audition’, and the time Tom Cruise helped mediate an argument between Jeff and Sal. Before the break, Dave Dameshek enters the studio to discuss his facial hair, Tom Cruise, and funny interactions with Cousin Sal.

Dave Dameshek is still in studio for Part 2 of today’s podcast. The guys begin by talking about the time Dawson got banned from hanging out at Football Sundays, and go on to discuss the elaborate ways that other guys in the Sunday group have tried to kick each other out. Gina then reads news stories about Andrew Cuomo being asked to resign over his sexual harassment report, another unruly airline passenger duct taped to a seat, New York mandating vaccine cards for indoor businesses, Da Baby’s apology for statements made at a music festival, and more on the Johnny Depp/Amber Heard divorce settlement. As the show wraps up, Dave teases the Fruit of the Year.

Frontier passenger allegedly touched 2 flight attendants breasts, then screamed his parents are worth $2 million, before punching a flight attendant. Frontier suspended the crew for duct taping the passenger to his seat as they landed in Miami. 22 yr old Max Berry is in custody. pic.twitter.com/4xS9Rwvafx