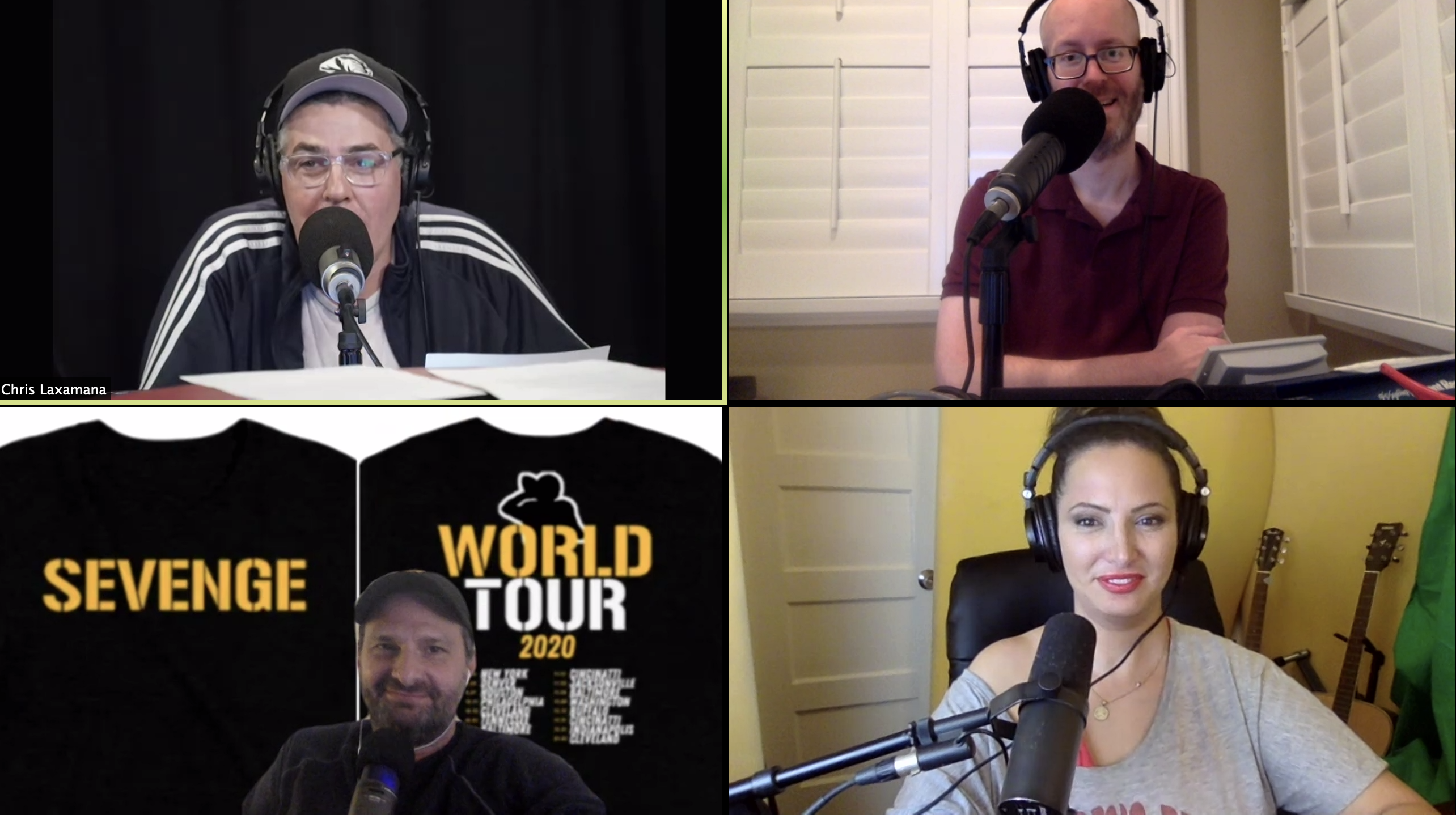 At the top of the show, Adam recaps an unfulfilling meal served by a waitress who didn’t know much about the menu items. Then Adam comments over a scene from the movie Face/Off and talks about recording new Crank Yankers calls for next season. Adam then plays a clip of Bill Maher being critical of democrats buying into far left ideology. Dave Dameshek joins the show next and talks about his Pittsburgh Steelers remaining undefeated, getting food poisoning in New Orleans with Adam many years ago, and the need to always have a “Fuck Off” chambered.

The gang plays a veteran-themed round of “The Rotten Tomatoes Game.” Then Gina reports on today’s news stories including: Los Angeles Dodgers former manager Tommy Lasorda being hospitalized, the guy who punched Rick Moranis being taken into custody, a New York fight club getting broken up by the police, 40 nations that aren’t open to tourists, and a BMW flying wingsuit.

Find the podcasts Dave participates in on the ‘Extra Points Podcast Network at extrapoints.com and follow him on Twitter @Dameshek

A tradition dumber than any other: “IS THIS A MUST-WIN GAME?”
(Spoiler alert: It is.)@nflnetwork pic.twitter.com/Un2M5OJk93