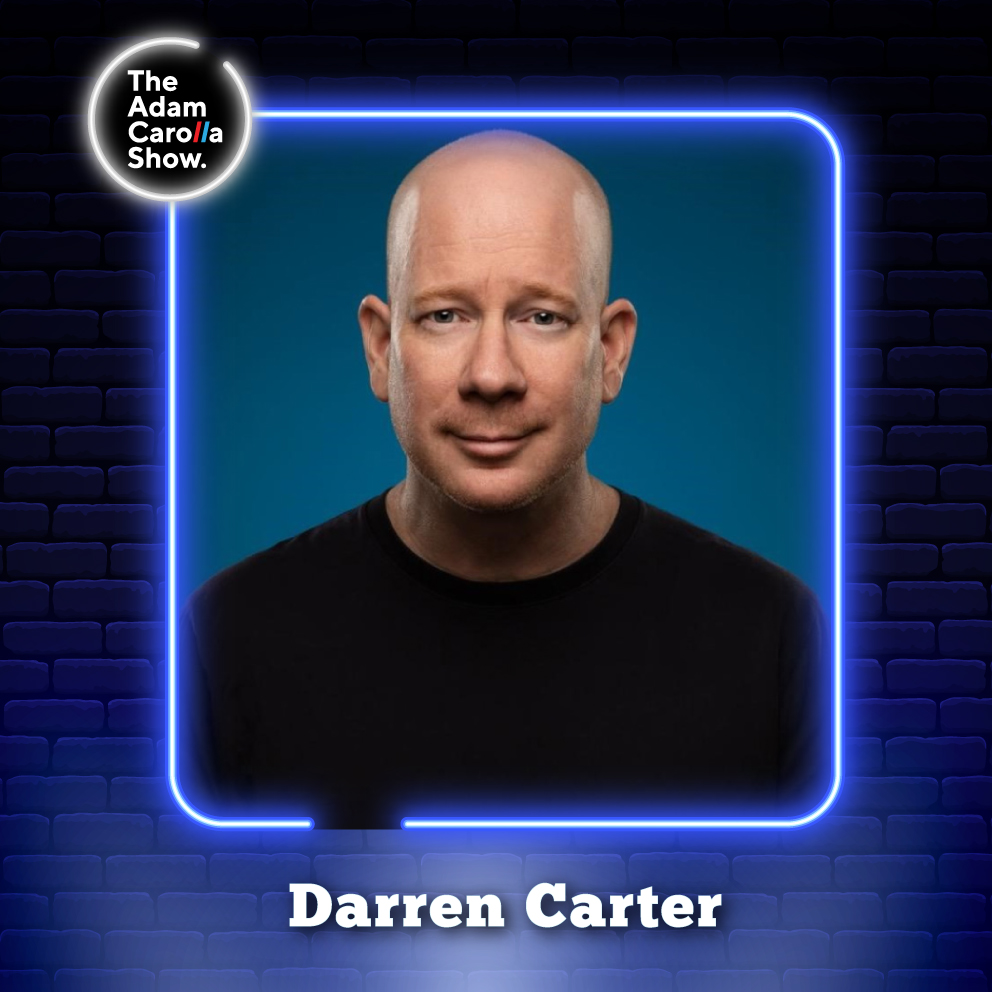 Comedian Darren Carter joins Adam and tells the story of being raised in a foster home due to his mother being in and out of prison and his father being a member of the Hells Angel. They get into Robbie Knievel passing, the Evel Knievel Stunt Cycle toy, the M&M redesign, and the musings of Congressman Hank Johnson. Next, Darren talks about how his impression of Snoop Dogg led to him performing it at Snoop’s family reunion.

Darren Carter sticks around as Adam talks to actor Nick Blood about his new movie, ‘The Offering’. Nick shares his experience learning bass guitar to play the role of the infamous “5th Beatle” Stu Sutcliffe and talks to them about the urinals in Soho Square and how he researches roles. Finally, Chris shows some new bodycam footage showing Odell Beckham Jr. getting escorted off of a plane and footage of a woman throwing a tantrum at Miami airport.

Listen to Darren Carter’s podcast, ‘Pocket Party’ wherever you listen to podcasts

Watch Nick Blood’s new movie, ‘The Offering’, in theaters and on VOD

Rep. Hank Johnson is suspicious that the classified documents were planted in an attempt to take Biden down.

Wait until more classified docs are found on the underside of Guam.

Before the media wants to draw up a picture about @obj watch the entire body cam footage. I do not know what airline this is but if i did i would @ them . They did OBJ wrong . Attendants even admitting he was just sleeping . Kicked errbody off including Odell . pic.twitter.com/RIhYaOXG3S

25 year old black lady at Miami airport throws a temper-tantrum after she loses track of her kids when they wander off to the bathroom. Throws computer equipment at the gate agents. pic.twitter.com/4TGoLO8ejg