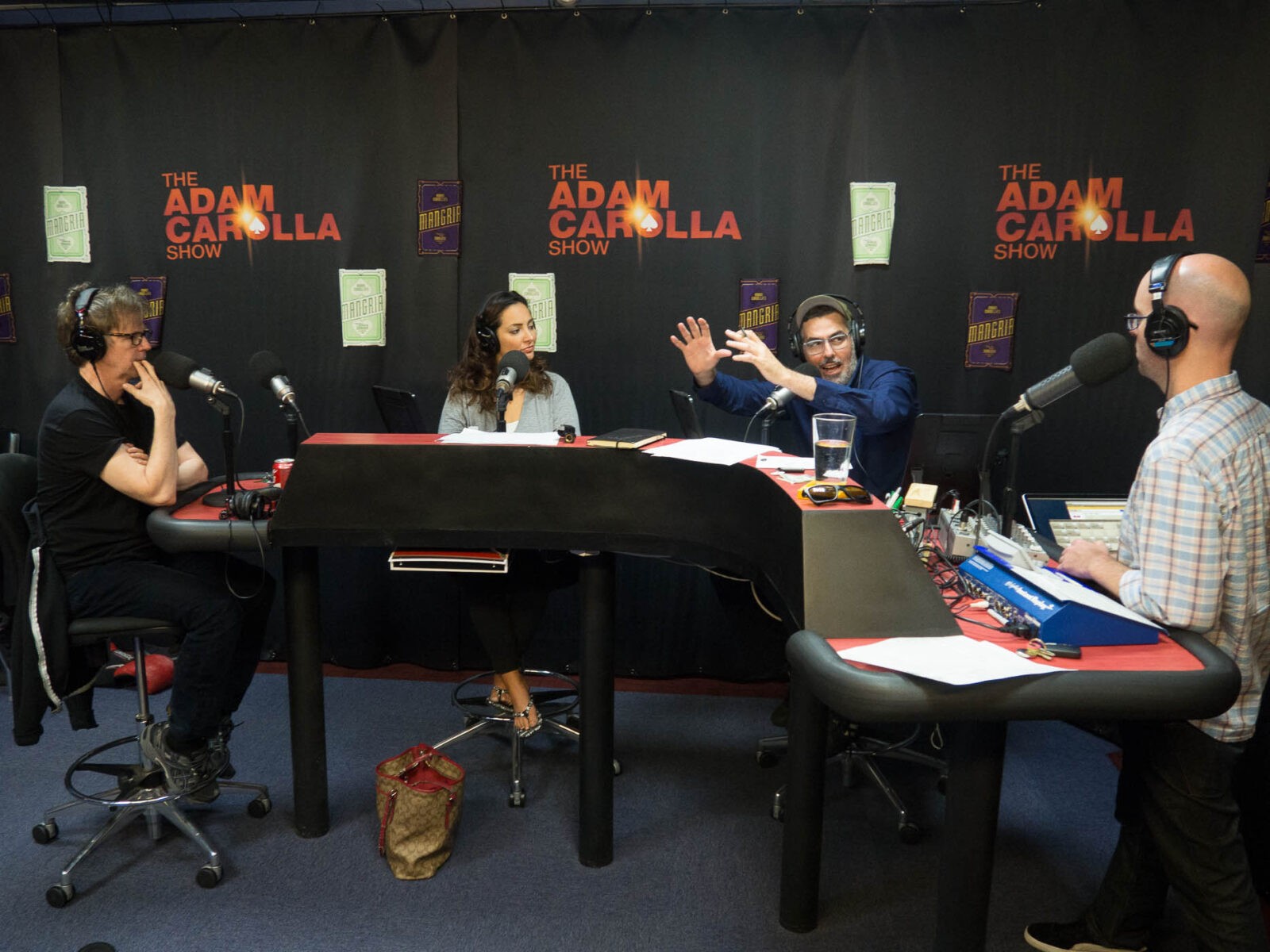 Posted at 23 Nov 2016 in Podcast by Chris Laxamana

Adam opens the show complaining about Waze, and his surprisingly short drive this morning. He also rants about the current state of Los Angeles, and talks about his excitement for an upcoming screening of ‘The 24 Hour War’ with Jay Leno and friends. Adam then takes fan phone calls about this week’s football picks and Sonny’s stuffies, and then welcomes Andrew and Brian back to the show for a Thanksgiving-themed round of ‘Will Andrew and Brian Eat It?’

Dana Carvey is in studio next, and he talks with Adam about micro-impressions and his incredible repertoire. Dana then does a great impression of Trump, and explains what goes into learning how to mimic another voice. He also explains why he is not a traditional standup, and the guys exchange stories about their moms. Adam asks Dana about his upbringing and relationship with Mike Meyers, and Bald Bryan asks Dana about some of his favorite Saturday Night Live sketches. As the show wraps up, Dana answers fan questions in character, and Adam asks him for more details about his relationship with his parents.