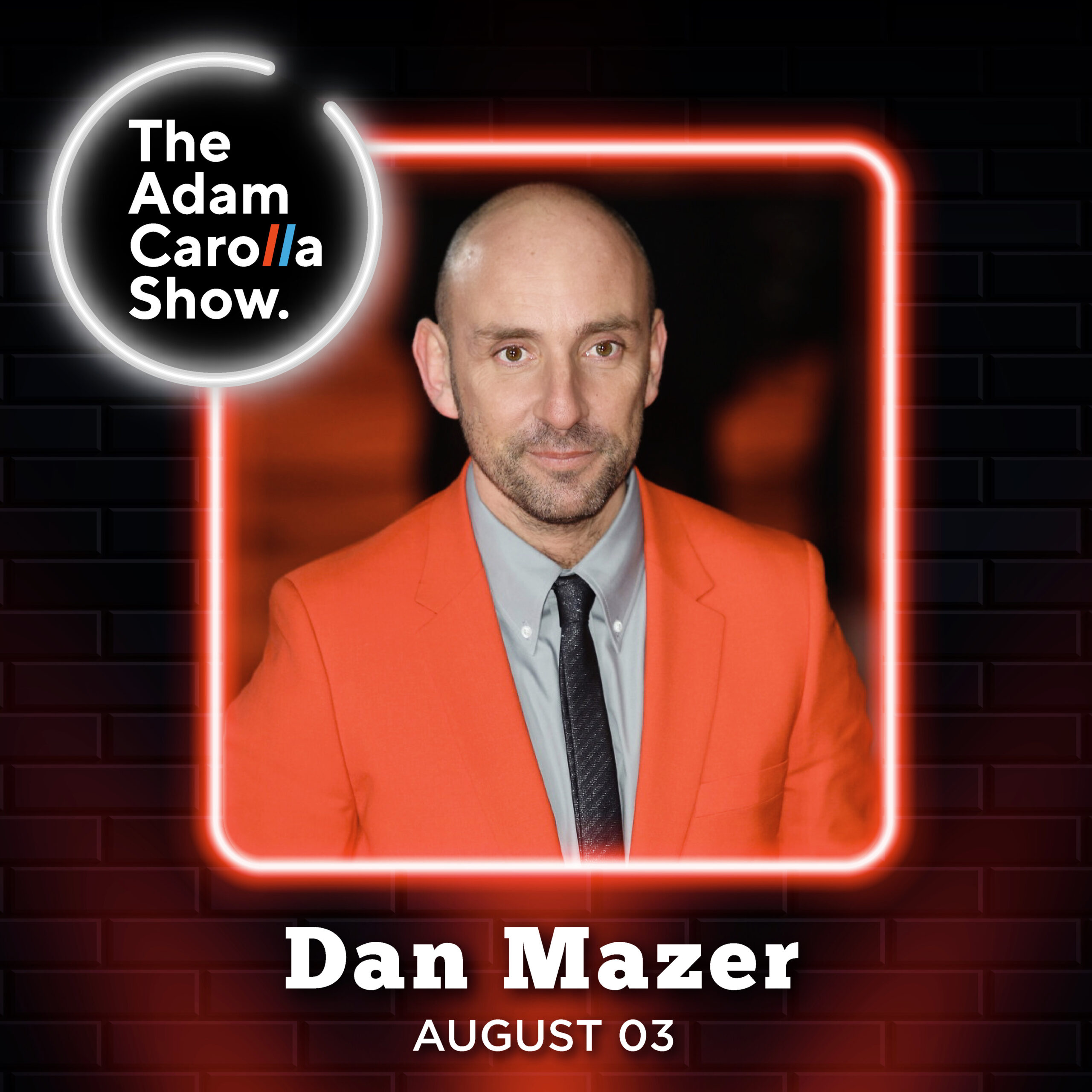 At the top of the show, Adam shares what he’s most grateful for, and goes on to talk about how hard relationship are to maintain in the comedy world. He also shares some of his favorite fart humor stories, and then complains about people who don’t turn right on red lights. Adam then shares an update on women’s softball attire, and explains his continued efforts to get Olympic Podiums resized. From there, the guys talk about today’s guest, David Aucoin, who is debuting a mobile trailer park for swingers. Adam talks with him about the difference between swingers and nudists, and why people are so eager to stop being secretive about their lifestyle choices. Before the break, Adam takes a couple listener calls, and addresses the concept of comedy being inherently racist.

Adam welcomes Dan Mazer to the podcast at the top of Part 2. Adam begins by congratulating him on his new film’s amazing Rotten Tomatoes scores. Dan then talks about growing up with Sacha Baron Cohen, and working with him on iconic projects like Borat and Bruno. Later, the group talks about how difficult comedy can be, and Dan talks about putting the final touches on the upcoming Home Alone reboot. In the last part of the show, Gina reads news stories about strange Olympics highlights, Kathy Griffin’s lung cancer diagnosis, and a Burger King employee who pointed a gun at a customer.