Posted at 28 Dec 2011 in Podcast by Chris Laxamana 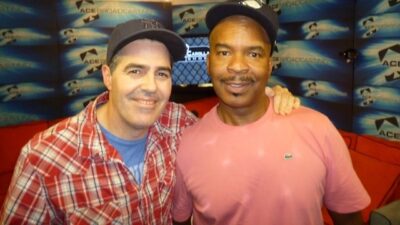 Adam announces the release of the newly improved website, as well as the official Adam Carolla Show App (now available for your Android or iPhone). DAG asks Adam about his relationship with his daughter Natalia, and Adam says that she’s maybe warming up to him a bit more. Adam also talks about young guys with beards who play video games, and what teachers molesting you can do for your confidence.

In the news, the guys watch a clip of Rick Perry acting very odd during a campaign speech in New Hampshire. The guys all joke about the similarities between Anderson Cooper and Rachel Maddow, and then talk about the sexual harassment allegations against Herman Cain. The last news story is about the Kardashian siblings.

Later in the show, Adam gives updates on his dog Molly’s health, who is still dealing with a lot of issues. The news then wraps up with stories about the Jerry Seinfeld cohosting Live with Kelly, new laws against excessive dog barking, and the latest updates on the Bank of America checking card situation.