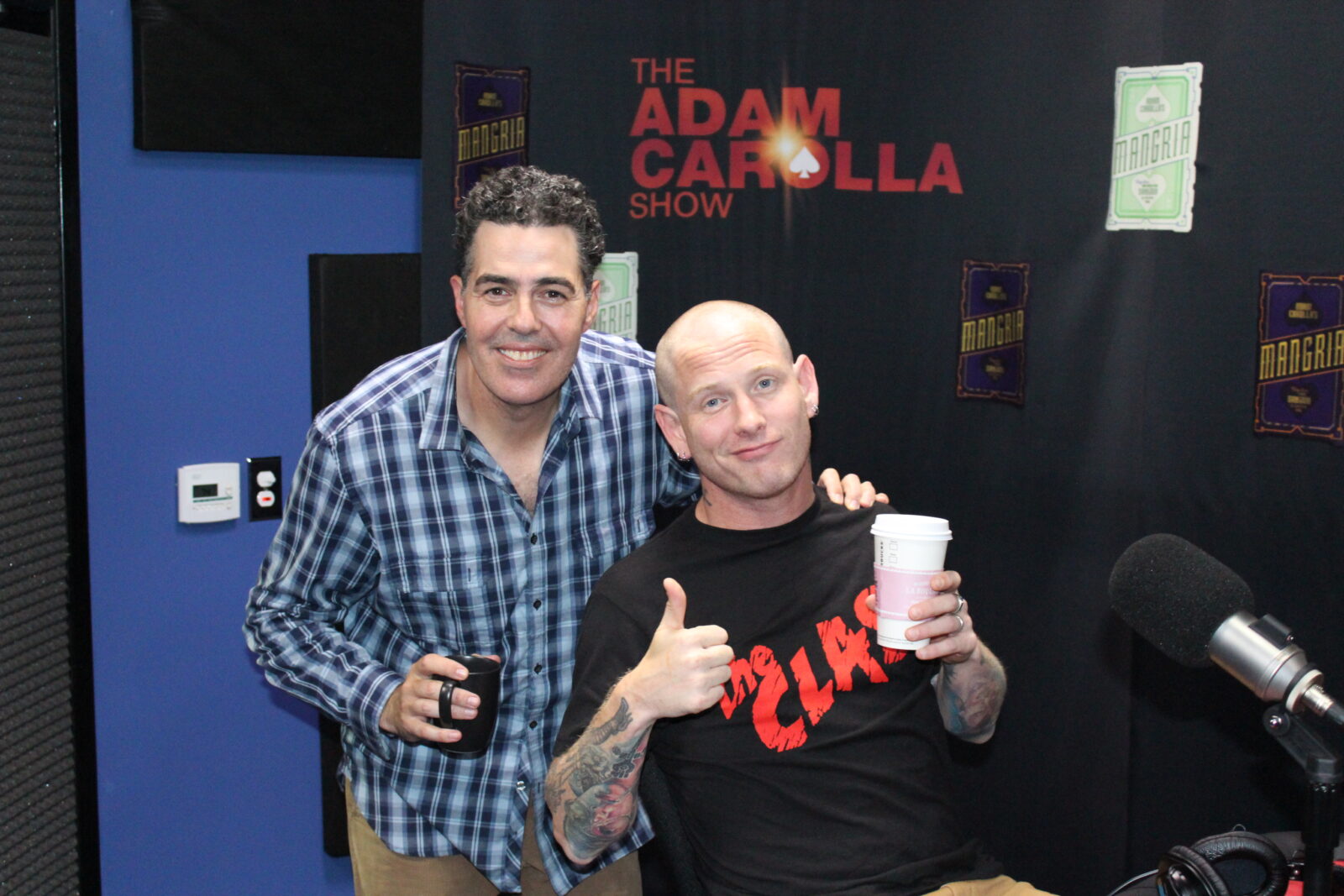 Adam opens the show talking about breaking the bank with Babydoll’s credit card during a hilarious dinner with Kimmel, Uncle Sal and friends. Adam then takes some fan phone calls, and talks about how to breakup with a long time girlfriend, whether or not Adam regrets having kids late in life, and why he likes having an agent like Babydoll. Later, Adam talks about a conversation he had with Vince Vaughn about how their politics have affected their careers.

Corey Taylor is in studio next, and Adam asks him about the origins of the band Slipknot and how he got involved. Adam then talks about his first word processor, and the tutorial video that went along with it. Next up, Corey jumps in with some of his more bizarre experiences with the paranormal, as detailed in his new book. As the show wraps up, Alison reads news stories about the Insane Clown Posse, the Northampton Clown, and Bill Simmons’ decision to refer to Washington’s football team as the DCs.