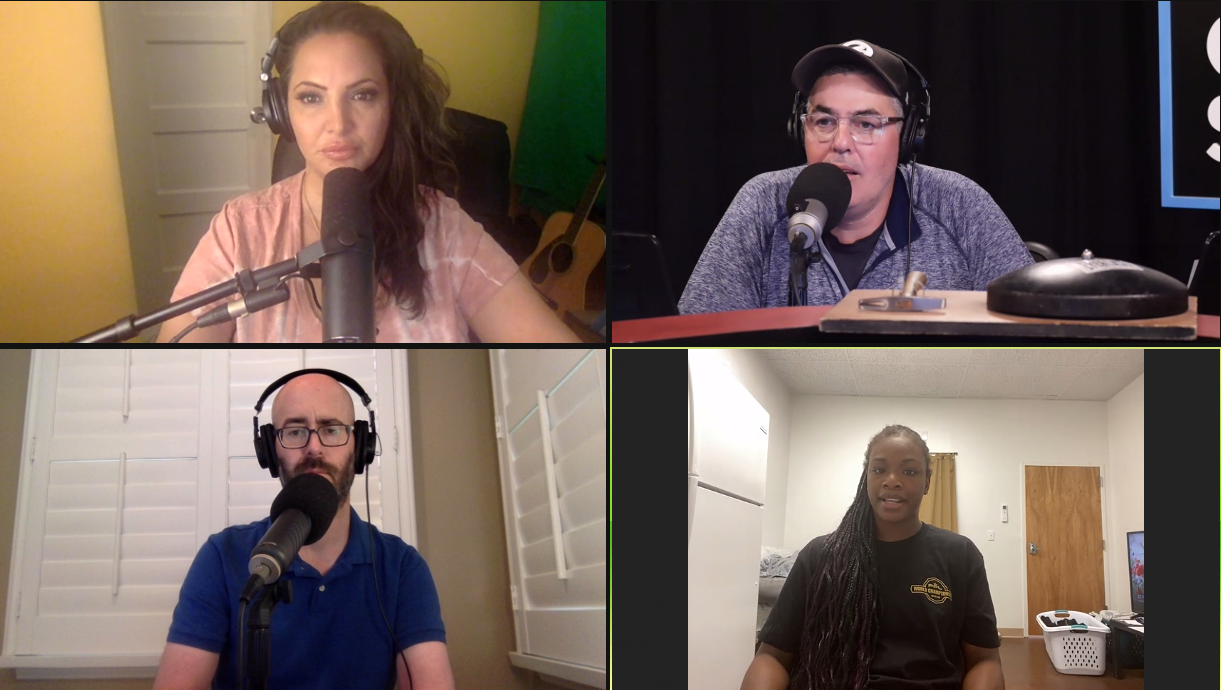 At the top of the show, Adam asks Chris for the latest updates on planning his wedding. He then rants about all the outdoor mask wearing in LA, and listens back on a recent conversation with Dr. Drew about compliance. They also talk about victim mentality, renaming school mascots, and our country’s continued divide. Later they take listener calls about The Simpsons and rapper Tone Loc, and Adam rants his way through The Furious 4 March Madness Madness. Before the break, the gang plays another round of ‘Dead or Alive’.

Adam welcomes Claressa Sheilds to the podcast at the top of Part 2. Adam asks her about training with Holly Holm and Jon ‘Bones’ Jones as she moves from Olympic Boxing to MMA fighting. They talk about why it’s important to always fight the best opponents, which countries have the strongest female boxers, and adjustments Claressa’s made as she prepares for her MMA debut this summer. Gina then reads news stories about Hunter Biden’s book tour, Vladimir Putin voted the sexiest man in Russia, Uber’s discrimination payout, a bill that would force Utah fathers to pay half of a woman’s pregnancy costs, and an Italian Mafia fugitive recently caught because of their YouTube cooking show. As the show wraps up, the guys circle back and watch a video of MMA fighter Fedor Emelianenko knocking a guy out in midair.

CalderaLab.com/ADAM or use code ADAM