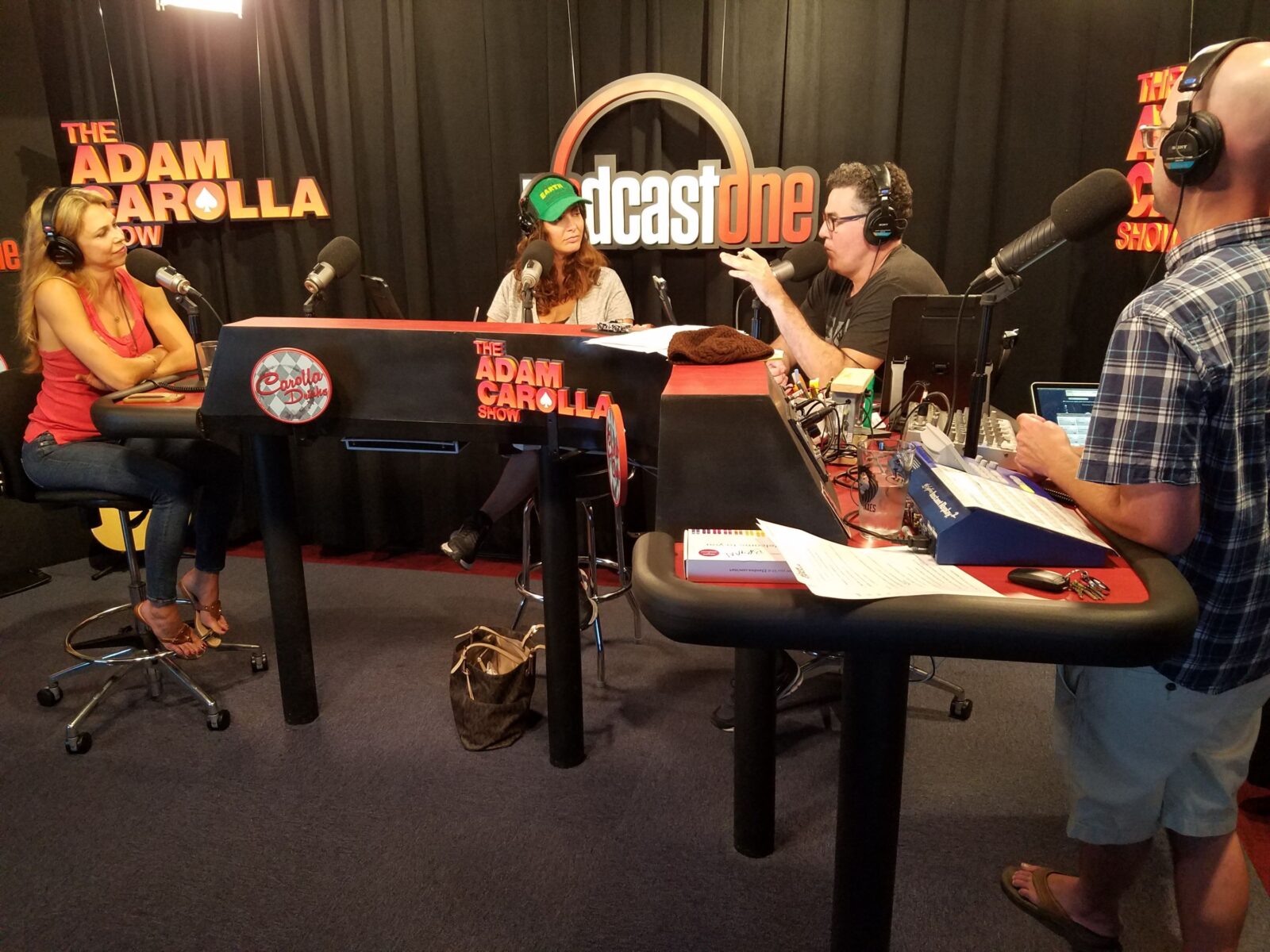 Posted at 23 Aug 2017 in Podcast by Chris Laxamana

When the show opens, Adam talks about today’s guest, Christine Hassler, working on the first season of The Man Show. Jeff Cesario is also in studio, and the guys chat about bathroom etiquette, and a woman arguing about a drink she didn’t understand. Bald Bryan then shares his own theory about stinking up a public restroom, and the guys take a fan phone call about motivating your spouse. Before the break, the guys watch more clips of Adam’s race in Monterey, and everyone gets a sports update from Chet Waterhouse.
Christine Hassler is in studio next, and Adam talks about meeting during the first season of The Man Show. Adam asks her if she has any memories of the crew back in the day, and she talks about being a PA and trying not to be confused for a Juggie. Adam later admits that everyone on set had a crush on her, and she talks about working her way up ‘the Hollywood food chain’. They also talk about transitioning to be a life coach after her life started taking a bad turn, finding personal success and achieving your goals, and being apologized to by people who’ve wronged you in the past. As the show wraps up, Adam rants about living in a time with miserable people who realize they aren’t special, and terrible children’s programming.