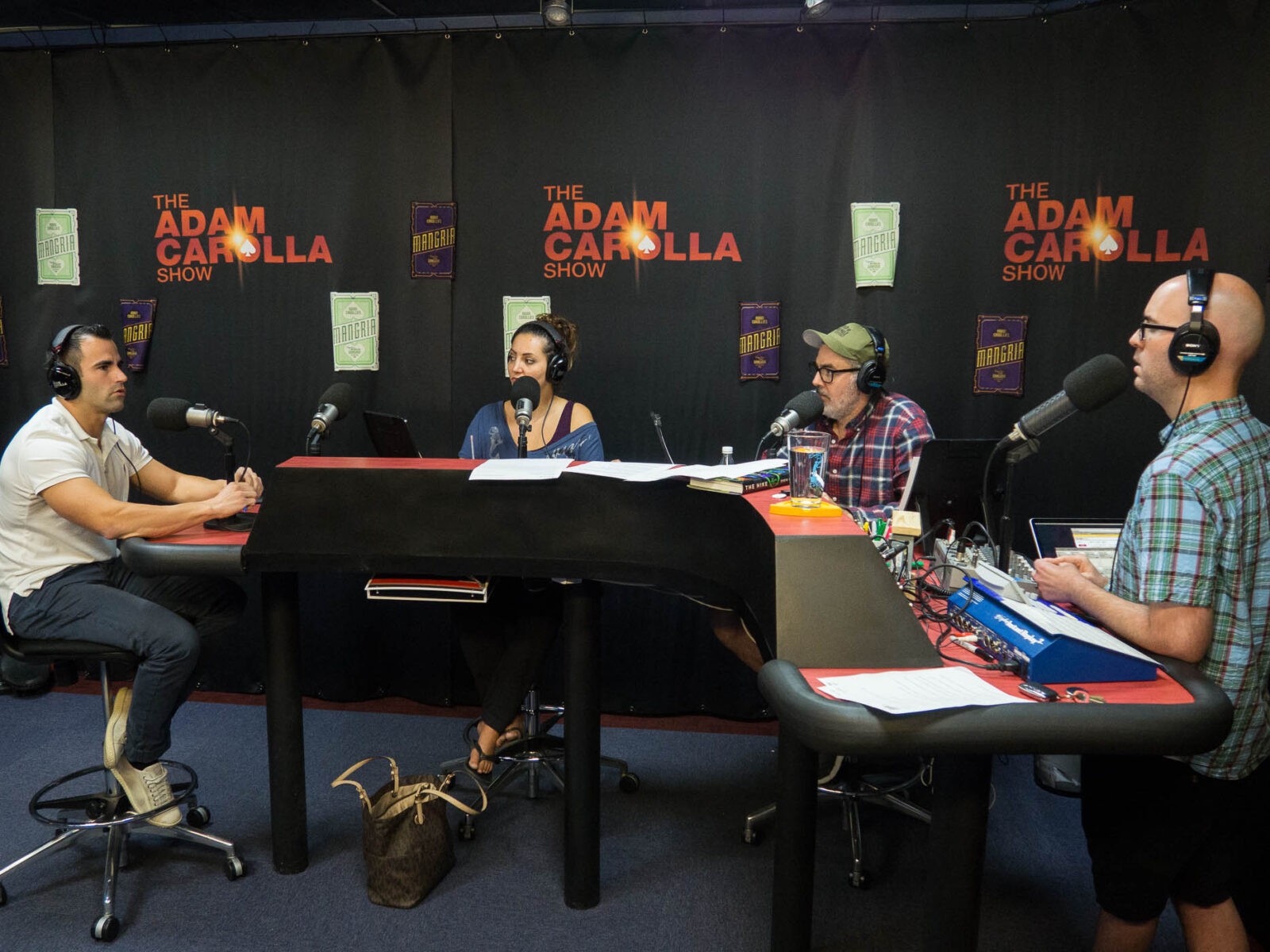 Posted at 19 Oct 2016 in Podcast by Chris Laxamana

Adam opens the show talking about clown burglary in Los Angeles. He also rants about an argument he had with Ray on this week’s Ace on the House, emotional support ducks, and anti-proposition ads. Before the break, Adam tells a classic Mike August story, and the guys listen to another argument from Ace on the House.

Chris Francy is in studio next, and Adam talks with him about Prop 64, which would legalize marijuana, and what it means for the future of our country. The guys talk more about anti-proposition ads, and the profits left on the table from debating the same issue over and over again. Gina then begins the news with a story about an offensive Hillary Clinton statue. They also talk about another round of scandal from Bill Clinton, and the trend of #TellAmericaItsGreat. Adam then asks Chris about his pilot’s license, and the guys comment on nominees for this year’s Rock N Roll Hall of Fame. As the show wraps up, Gina talks about her Children’s Hospital charity drive.