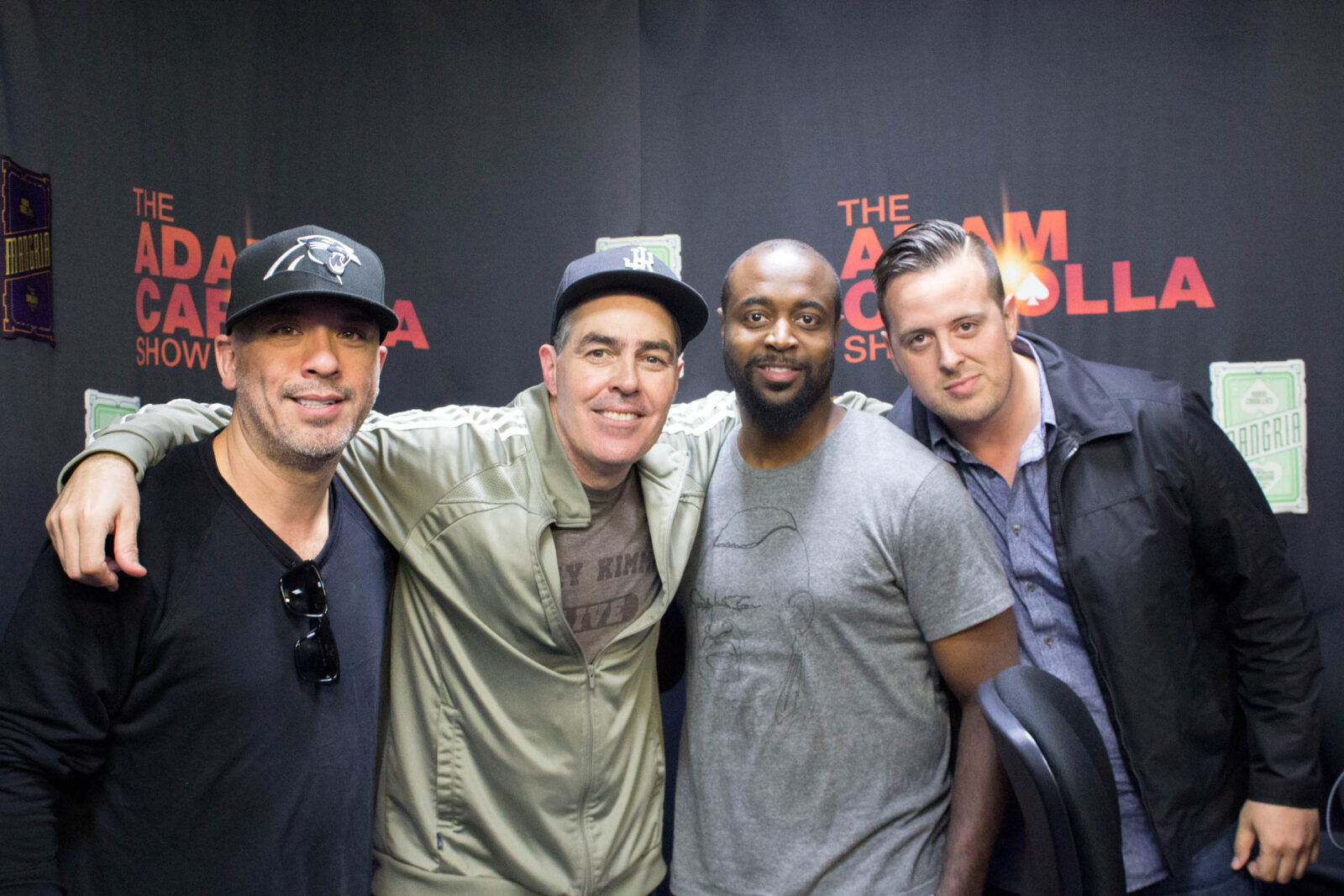 Posted at 13 Jun 2016 in Podcast by Chris Laxamana

Adam opens the show talking about a conversation he had with Mark Geragos about how not all cops are heroes. He then complains about the smell of the haircutting place he goes to, and the first ticket he got in over a decade. Later, Adam recalls his comedy traffic school days, and then quickly rolls through some fan calls.

Chris and Travis of ‘We Are Live’ in St. Louis are in studio next, and Adam talks with them about their popular radio show. The guys also chat about going to Honduras to start work on a new documentary, and the state of our nation’s mental health these days. Gina then begins the news with an update on the Orlando shooting over the weekend. They also talk about the Penguins winning the Stanley Cup, and as the show wraps up, Adam goes on a rant about terrible mascots.

For more info on today’s guests, check out http://weareliveradio.com