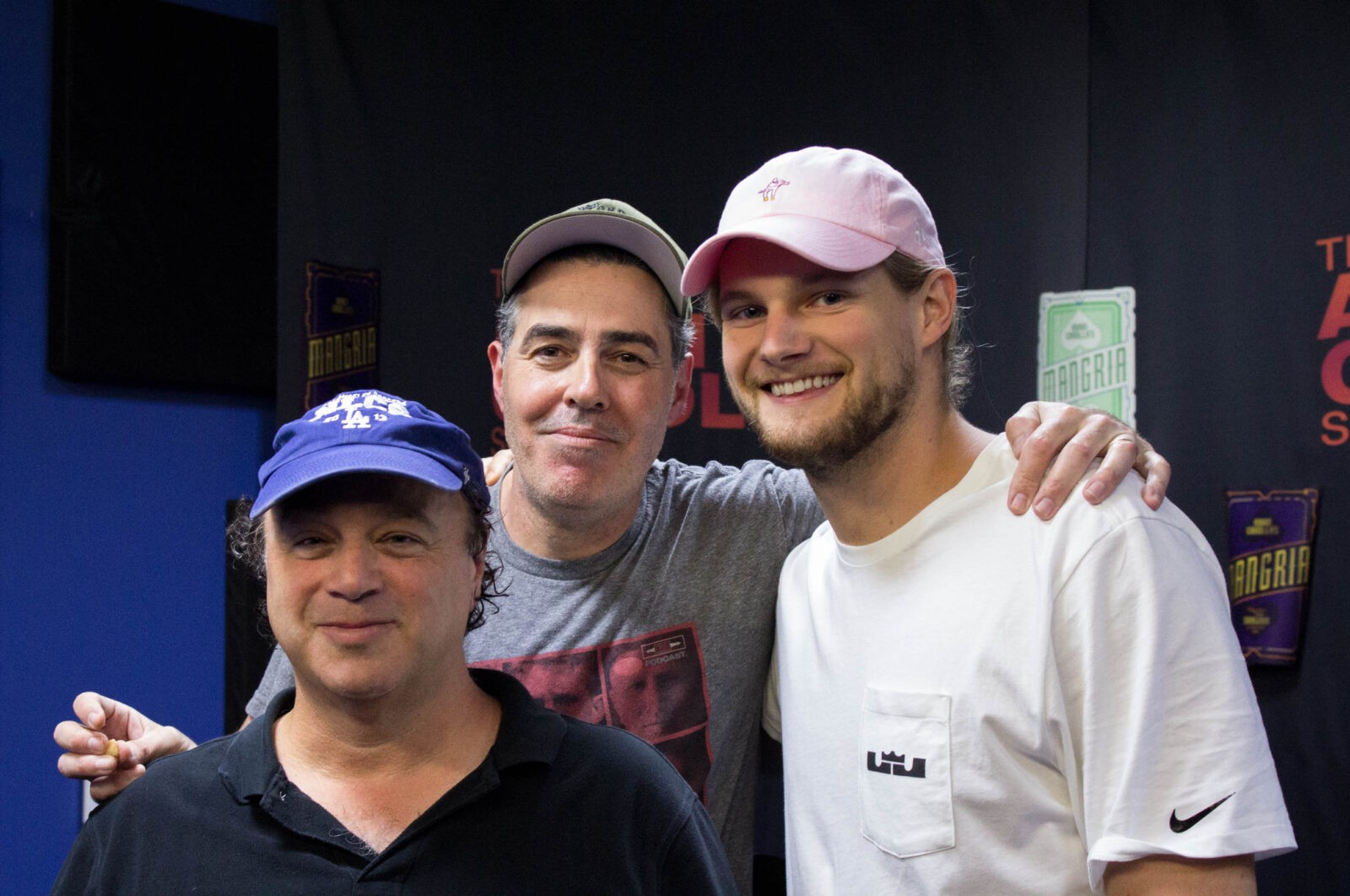 Posted at 14 Jul 2016 in Podcast by Chris Laxamana

At the top of the show, Adam talks with David Wild about Wiz Khalifa’s recent performance on his new show, ‘Greatest Hits’. David also talks about the recent podcast he recorded with his family, and everyone’s love of BattleBots. Adam then rants about yet another ‘need for an open conversation about race’, and talks about the way he was treated in his poorer days. Later, Adam takes fan phone calls about when to ask for a raise, and protestors who block freeways.

Caleb Pressley is in studio next, and Adam chats about his college football days and being a supervisor of morale. The guys go on a tangent about the brilliance of Mitch Hedberg, and also discuss the sale of the UFC. Gina then begins the news talking about the 2016 Emmy nominations. They also discuss more Pokemon Go statistics, Jon Bon Jovi’s awkward surprise performance, and the fad of women using Tinder to find guys to do no-strings-attached manual labor for them. As the show wraps up, the guys talk about permits for sex workers, and Adam’s recent Red Light District experience in Amsterdam.