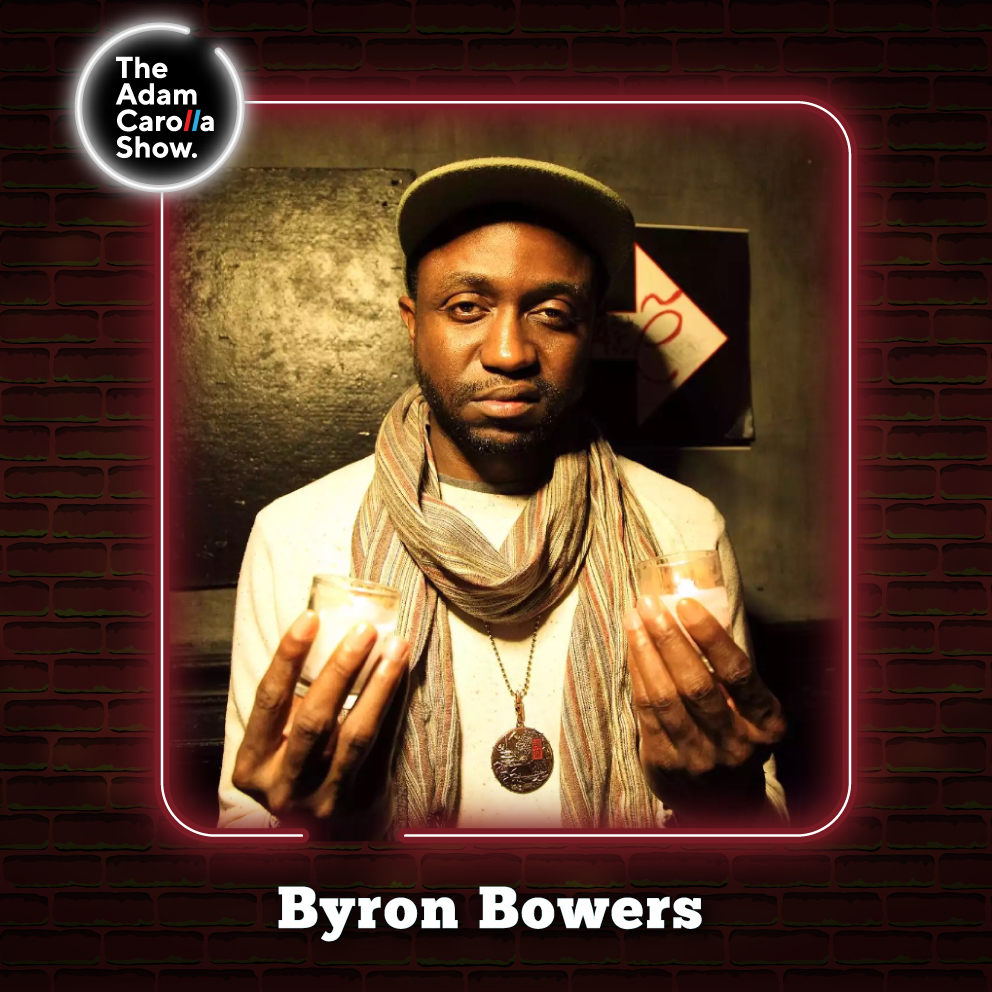 Adam gives a recap of his show at the Hollywood Improv with Dane Cook, Ari Shaffir, Harland Williams, and more where Sir Paul McCartney was in attendance. Chris gives a play-by-play of Adam’s ‘Masked Singer’ appearance and Gina gives an update on how Bryan is doing. Author and analyst, David Fenton comes in to talk about his new book ‘The Activist’s Media Handbook’ and tells the story of how he convinced Fidel Castro not to wear his green army fatigues anymore. He gets into how social media algorithms can lead to American tribalism and debates Adam on several topics.

Comedian and actor, Byron Bowers, comes to the studio and talks about moving to LA from Atlanta with only $500 in his pocket, couch surfing, getting abandoned by his father at a crack house, and microdosing at the Oscars during ‘the slap’ incident. Gina Grad reports the news of today including: Jay Leno getting hyperbaric treatment and Pete Davidson dating Emily Ratajkowski.

Check out David Fenton’s ‘The Activist’s Media Handbook: Lessons from Fifty Years as a Progressive Agitator’ wherever you find books

This episode is sponsored by BetterHelp