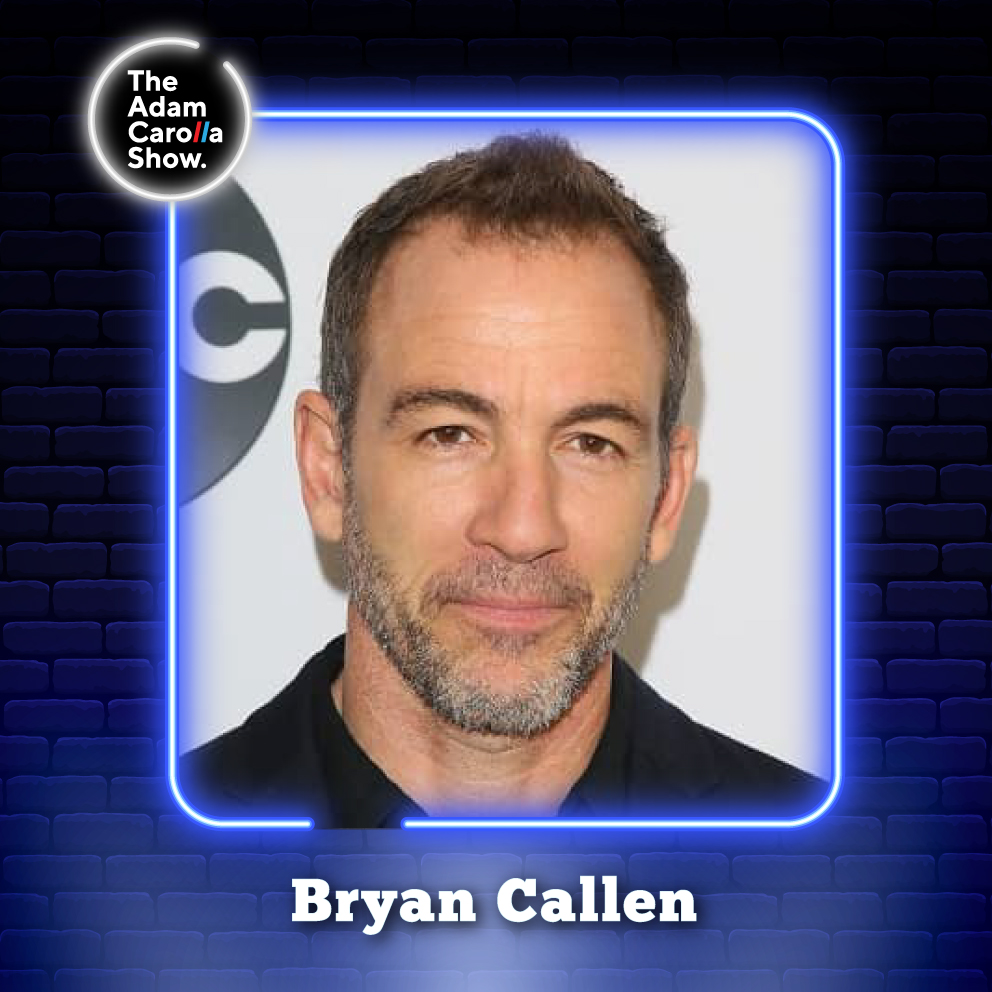 Comedian Bryan Callen returns to the show to talk about his new comedy special, ‘Man Tears’. He joins Adam and the gang as they discuss bird brains, falcon hunting, and the time Adam got into a street fight and took a baseball bat to the knee. Bryan breaks down the Old Testament, reveals the best tippers he knows, and tells a story of trying not to cry when a blind man thanked him. Dawson gives an update on Zamfir the pan flute player and reveals a newly discovered commercial with a surprise guest musician.

Comedian Bryan Callen is in the studio and talks with the gang about K-tel commercials and the true meaning behind Dolly Parton’s ‘Jolene’. Adam shows them pieces of a House Oversight Committee hearing on Big Oil where ‘Chick Think’ quickly takes over the narrative. Gina Grad reports the news of the day including: reports of Woody Allen retiring, Gavin Newsom running for president, and how more people are now smoking marijuana than cigarettes.