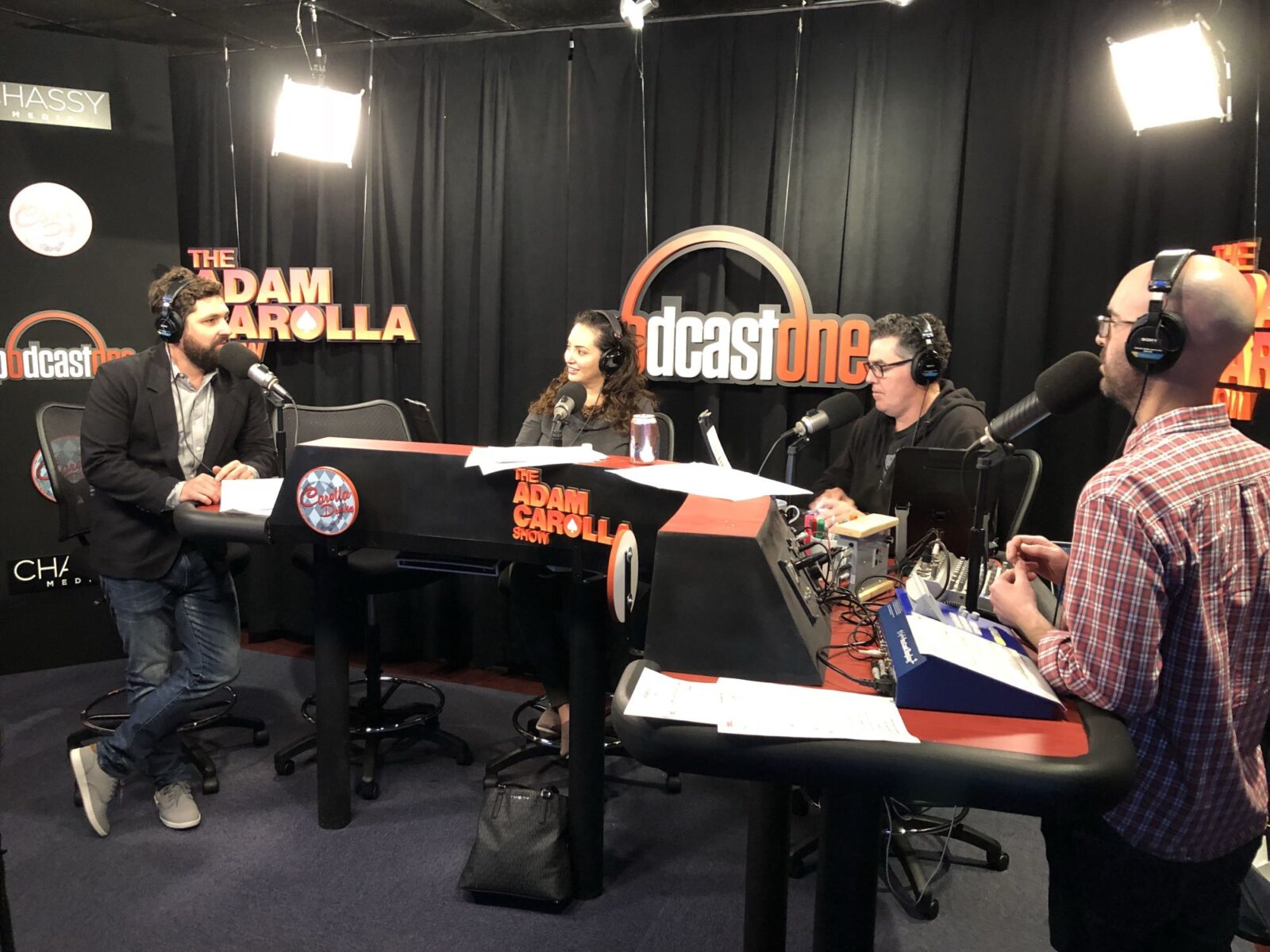 Posted at 10 Jan 2018 in Podcast by Chris Laxamana

At the top of the podcast, Adam teases what’s lined up for today’s pod, including an interview with The Verve Pipe’s Brian Vander Ark, and a breakdown of a scandal involving Mangria and murder. Adam also talks about his first Oscar rundown meeting at Kimmels. Adam then takes a call from Brian Vander Ark, who talks about his relationship with his brother, as well as the story of ‘The Verve Pipe’. Up next, Mike August joins the studio for a discussion about how Carolla Drinks first hooked up with Robert Dahl, who later killed his business partner, as well as himself.

In the second half of the show, Adam’s former assistant Jay Miller joins the podcast. The guys chat about how Jay first came to work for Adam, and what he’s doing now running Carolla Drinks. Gina then begins the news with the latest on Harvey Weinstein, and a guy who burned his house down trying to kill a spider. Other stories include a girl who destroyed a bunch of Warhol paintings while drunk on a date, how we should manage our digital addictions, and the dangers of having too much cell phone exposure. As the show wraps up, the guys talk about our nation’s dining out habits.

For more info on Brian Vander Ark, check out http://thevervepipe.com

And don’t forget to visit http://carolladrinks.com for all the latest updates.