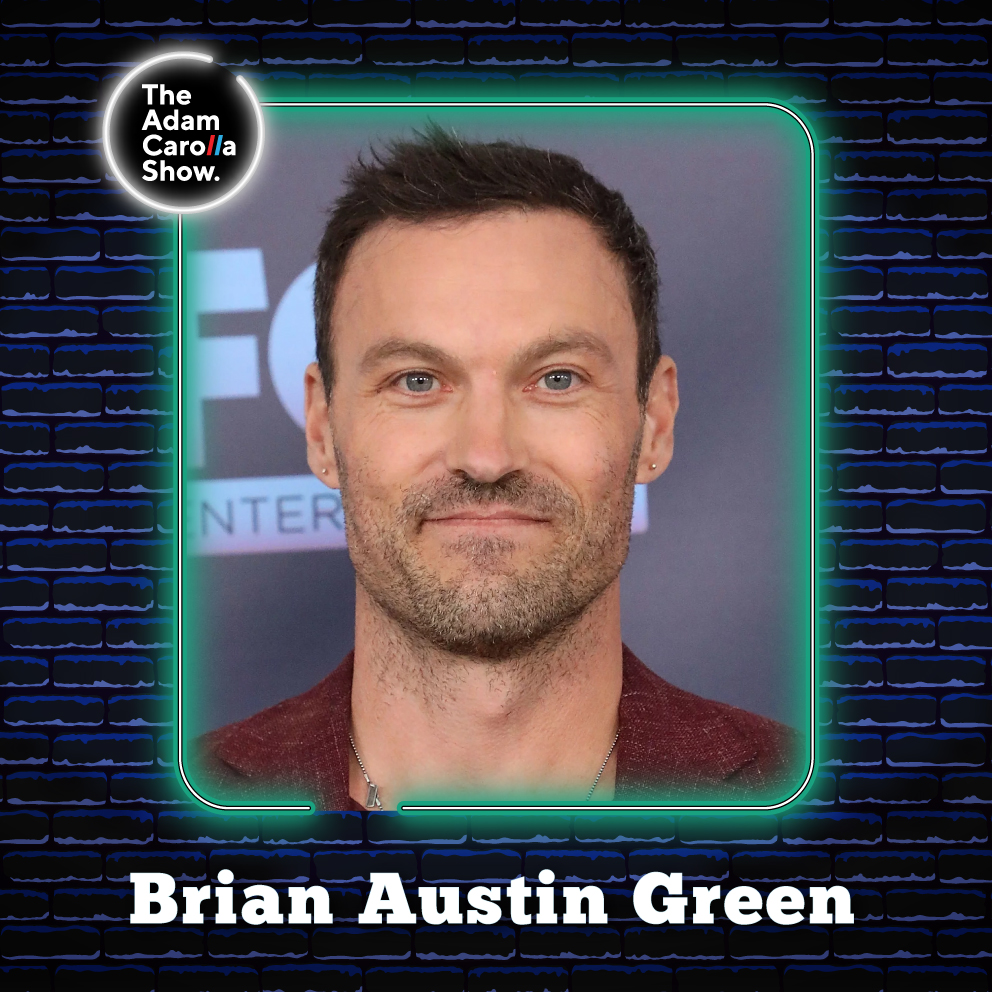 Adam recaps meeting Jewel and singing backup for Blues Traveler’s cover of ‘Big Bottom’ from ‘This is Spinal Tap’ at FivePoint Amphitheatre last Friday. The gang talks to geopolitical analyst, Peter Zeihan, about his new book ‘The End of The World Is Just the Beginning: Mapping the Collapse of Globalization’. They discuss how Americans changed the landscape after World War II, misconceptions about US semiconductor manufacturing, how developing new sources of energy is essential, and how Russia may set their sights on Poland after Ukraine. They listen to Adam’s abrupt exit from ‘The Janice Dean Podcast’ and Gina shows them the trailer for an after school special with a great name.

Actor Brian Austin Green joins the gang in studio to talk about his new movie ‘Last the Night’. He talks about how he got his start acting in commercials before being cast in ‘Beverly Hills, 90210’, growing up in the Valley, and building a chicken coop in his backyard. He is joined by the director of ‘Last the Night’, Nick Leisure, who gives some insight into his idea to make a movie about a teacher losing their mind during the pandemic. Gina Grad reports the news of today including: Deshaun Watson getting suspended for six games, Jon Stewart going to war on Twitter with Ted Cruz over veterans’ healthcare, Sylvester Stallone condemning the Rocky spin-off ‘Drago’, the Britney Spears memoir being delayed by a paper shortage, and Beyoncé removing a word from her new song.

Check out Peter Zeihan’s new book, ‘The End Of The World Is Just The Beginning: Mapping the Collapse of Globalization’ available now