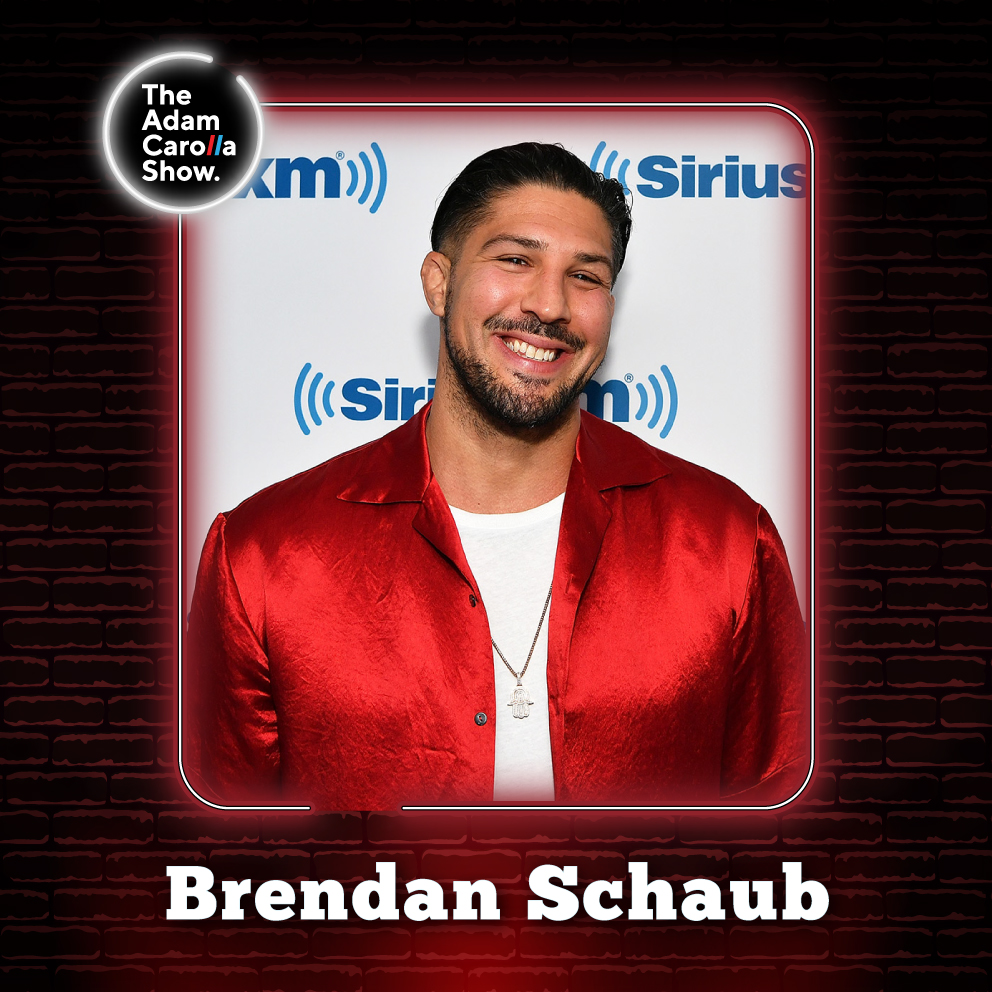 Adam listens to the release of a new song ‘Let me on the Jet’ inspired by Mike Augusts’ missed Indianapolis flight. The gang talks about the history of the Acme Theatre and Adam’s old comedy troupe getting the worst review imaginable. Chris hosts ‘Trending Topics’ to talk about the sound a black hole makes and Chet Hanks refusing to apologize for his Jamaican Patois accent.

Retired UFC fighter and current Comedian, Brendan Schaub comes in the studio to talk about his incredible journey from college football, to selling supplements door to door, to fighting in the UFC, to finally pursuing a career in comedy. He talks about his new stand up special ‘The Gringo Papi’, and the gang discuss fat shaming in peewee football, locker-room social skills, and doing prop work with athletic cups. Gina reports on today’s news including: Naomi Judd dying of a self-inflicted gunshot wound and a soccer player demoted for farting and laughing about it.

Check out Brendan Schaub’s stand up live at the Helium Comedy Club May 19th through May 21st in Philadelphia and at the Hollywood Improv on May 25th in Los Angeles.

If a black hole erupts in space and no one is around to observe it, does it make a sound?

Not to worry; the @ChandraXray Observatory is here with new #BlackHoleWeek sonifications from galaxy clusters far, far away. Listen: https://t.co/yGu0RuP7TX pic.twitter.com/6rAgJafmAa

i asked chet hanks if he inspired a generation to speak patois pic.twitter.com/c5ncvIVi2c