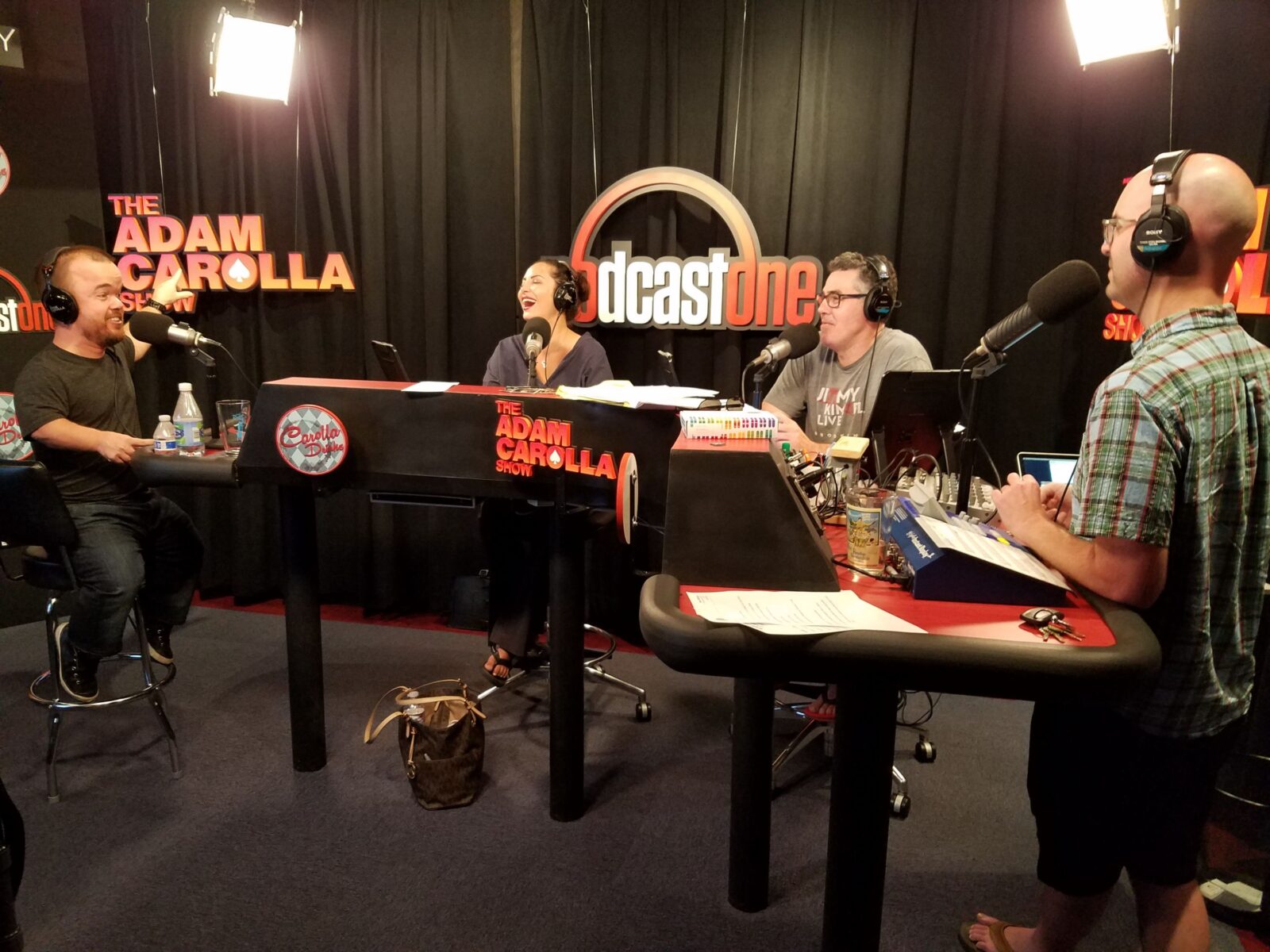 Posted at 26 Jul 2017 in Podcast by Chris Laxamana

Adam welcomes Brad Williams back to the podcast, and the guys talk about interviewing Kevin of Kevin and Bean, and how their show differs from other morning zoo DJs. The guys then talk about comedians vs. hosts, old episodes of Behind the Music, and Brad’s bachelor party in Lake Tahoe. They also discuss the idea of sharing beds, people who deny snoring, and an epic Las Vegas trip Adam took with his buddies. Later, the guys recall bizarre pranking shows, and Adam takes fan phone calls about Rich Man Poor Man, and closing the gap between passive people and aggressive people. As the show wraps up, the guys wrap up a previous conversation about Michael Phelps’ swimming times.