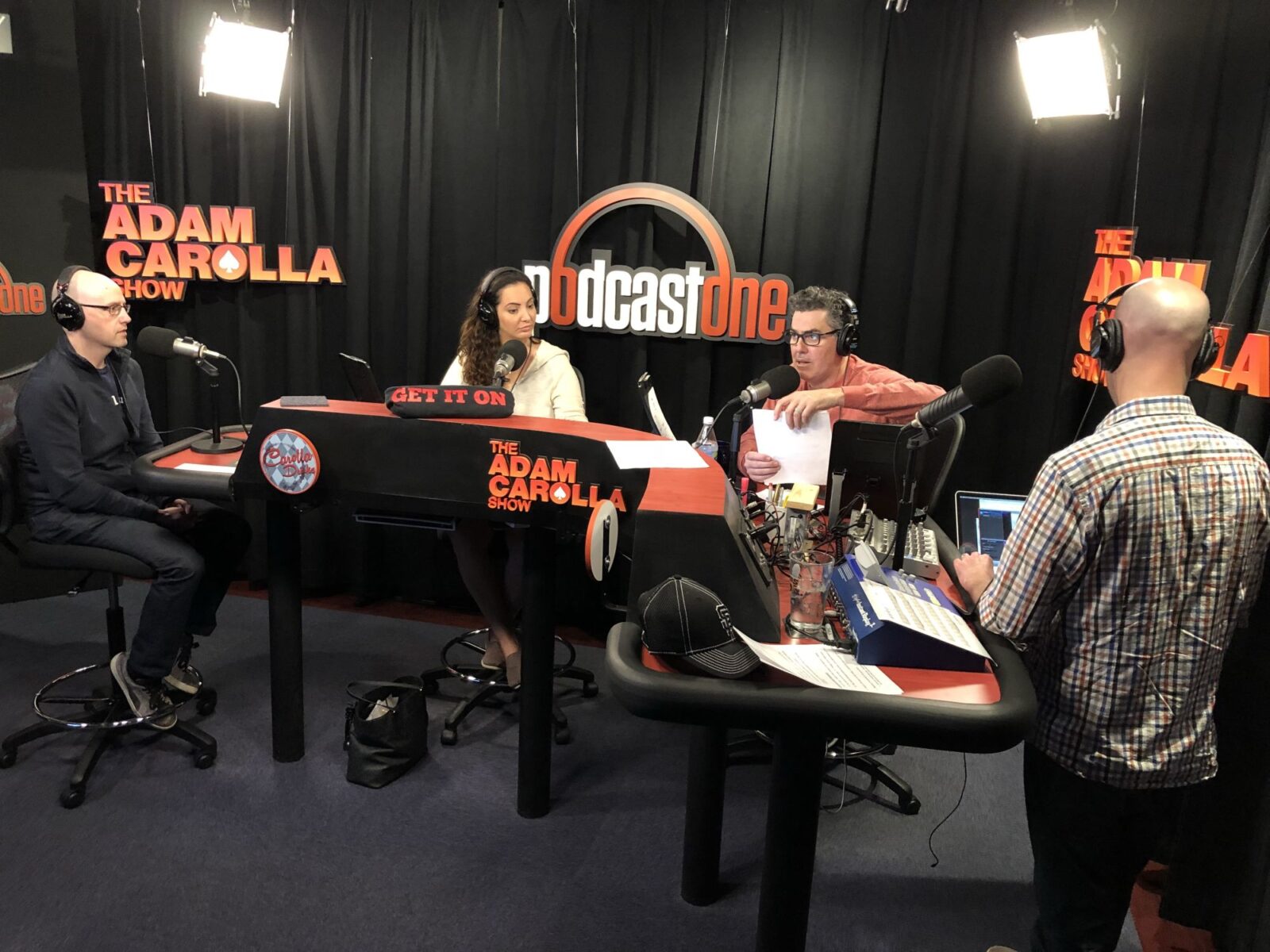 Posted at 14 Mar 2018 in Podcast by Chris Laxamana

Adam opens the pod with a correction of something he said earlier this week regarding basketball. He then talks about casual guys he’s seen at the airport, and explains how important the timetable is when traveling. From there, the guys hear about the last 24 hours of travel woes to and from Austin for SxSW, and dealing with bad neighbors. Bald Bryan then reviews ‘Patti Cake$’ for this week’s Baldywood. Before Good Sports, enjoy the first round of March Gradness!

Brad Meltzer is in studio next, and the guys talk about his latest best-selling novel, ‘The Escape Artist’. Brad also talks about his upbringing, how he motivates himself to write, and what he’d probably be like today if his first book were published instead of rejected. Later they discuss what Brad learned about Harry Houdini, and how the new book was inspired by a ‘war artist’ who worked for the army.

Gina then begins the news talking about the death of Stephen Hawking. They also discuss the death of a dog that was forced into an overhead bin, more changes to President Trump’s cabinet, and Snapchat’s apology for their ‘offensive’ new ad. As the show wraps up, the guys talk about the upcoming sequel to the film ‘Twins’, and a dune buggy that transforms into a jetski.