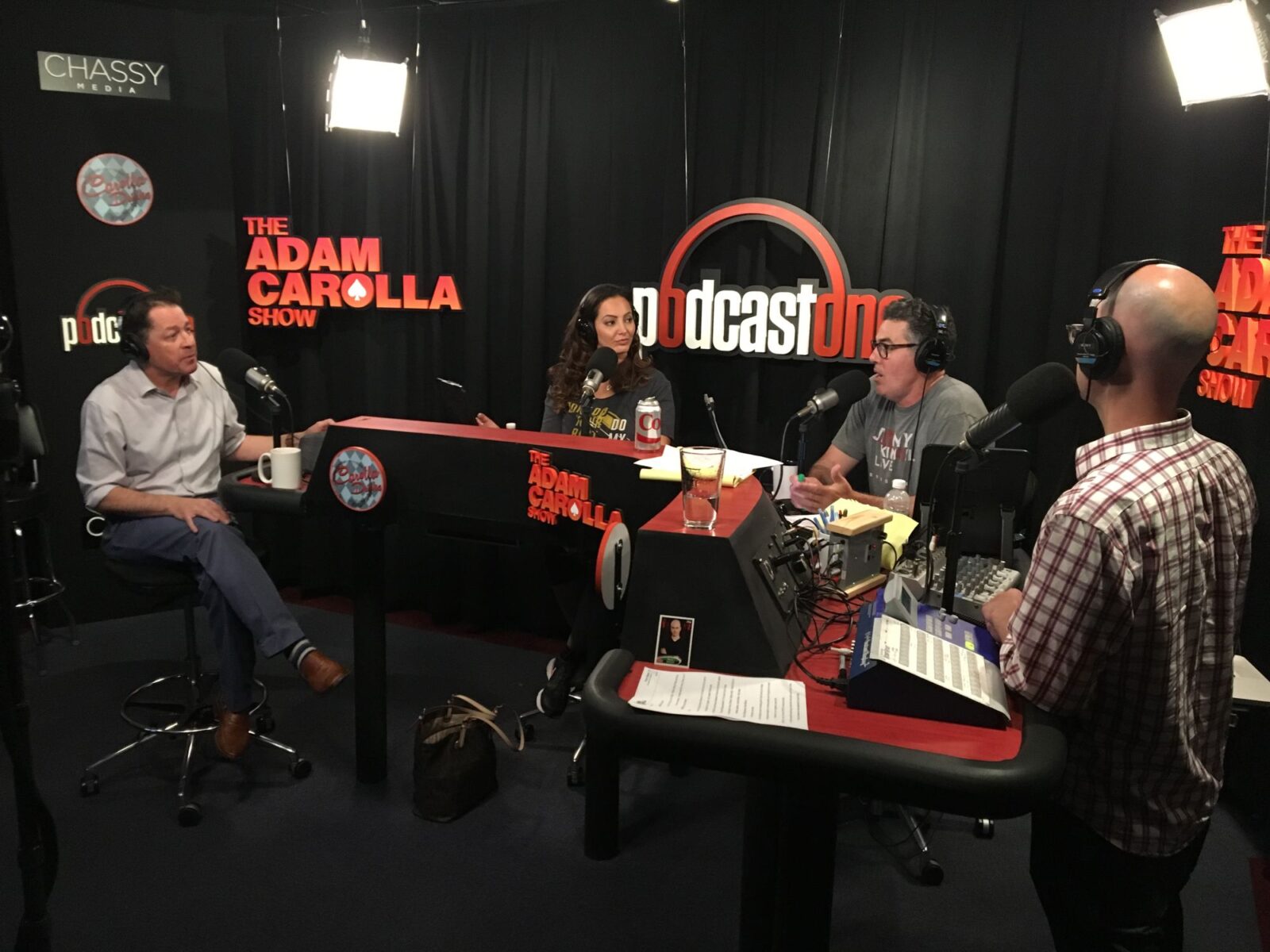 Posted at 27 Dec 2017 in Podcast by Chris Laxamana

As the show opens, Adam talks about a can of Diet Coke that nearly exploded in the freezer and was left behind for Adam to find. He then discusses restricting your kids with unnecessary rules, and a conversation with his friend ‘Danny Two Sheets’ about improving the quality of your life. Dog the Bounty Hunter and his wife Beth Chapman call in next, and chat with Adam about their new podcast, as well as an intense case involving a shootout with multiple bounty hunters. Later, Adam shares a clip about government programs that help the needy, and takes fan phone calls about watching ‘Alien’ at too young an age and observations from Disney cartoons. Before the break, Adam rants about building permits.

French Stewart is in next, and talks about his crazy lineage. Adam asks French about his dad’s experience with changing tires. The guys talk further about being a parent, and some of the other crazy stories involving French’s dad. They also sing along to some rape rock tracks, and discuss news stories about Megyn Kelly interviewing Putin, the ‘One Love Manchester’ concert, and NASA’s first mission to explore the sun. Other news stories include the odds of having your job replaced by a robot, the drunkest and driest cities in the country, and the average number of secrets that people keep. As the show wraps up, the guys learn about McDonalds delivery.

Stay tuned for ‘Lookin For Trouble With Dog and Beth’ and in the meantime, check out http://dogthebountyhunter.com