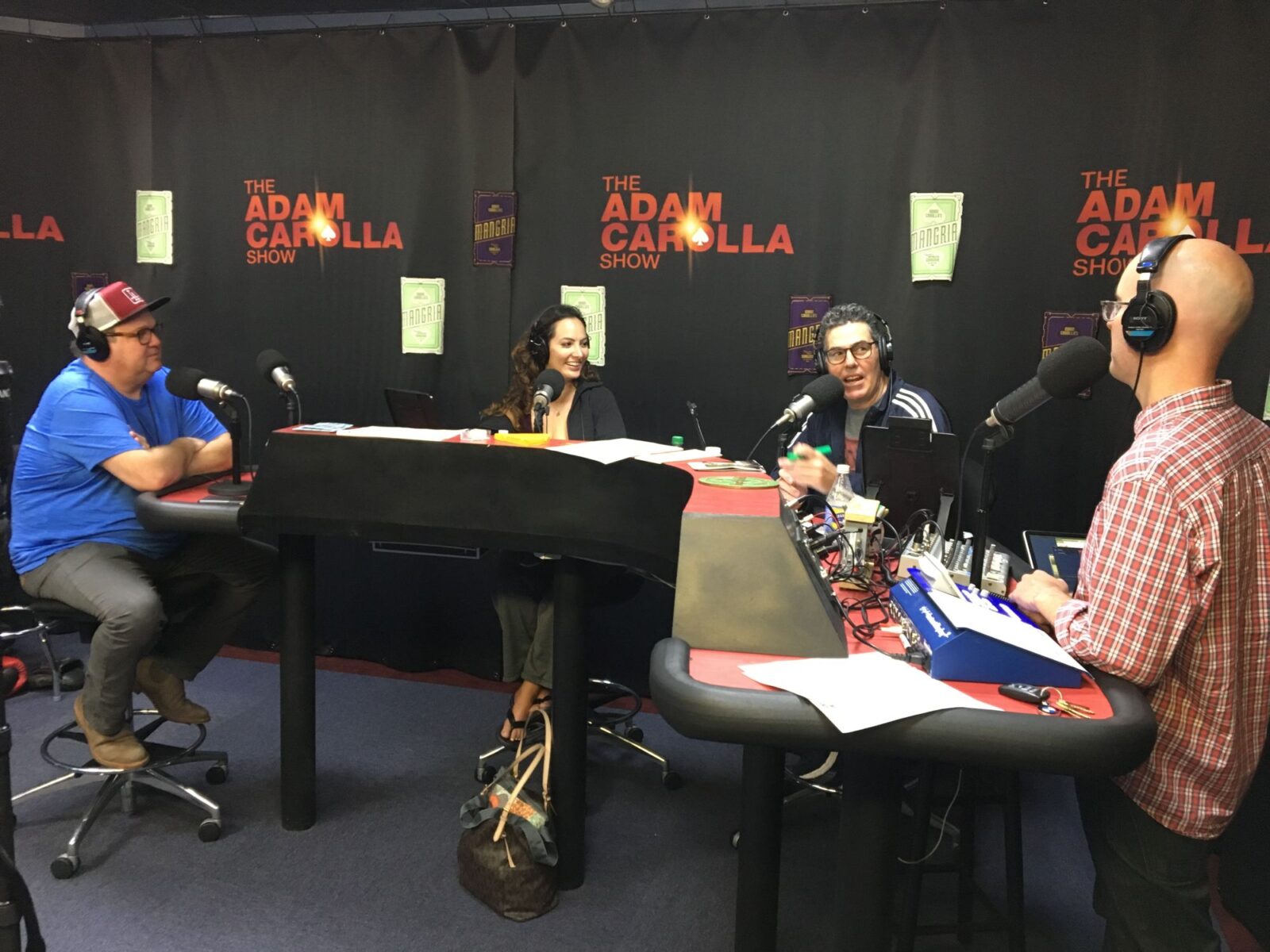 Posted at 25 Dec 2017 in Podcast by Chris Laxamana

At the top of the show, Adam welcomes his wife Lynette to the podcast. Together they discuss the Carolla Drinks after show, and their plans for the weekend as the kids head into Spring Break. They also talk about when Adam’s dad comes to visit, and how hard it is for kids to keep secrets. Adam then rants about running through red turn arrows, and takes calls about how to put on a good live show, and what to do after getting out of federal prison.

Eric Stonestreet is in studio next, and Adam talks with him about the quality of the hit show, ‘Modern Family’. They also discuss Eric’s new show, ‘The Toy Box’, and how brilliant the kid judges are. Later, Adam asks Eric about a potential Modern Family Movie, and the guys go on a tangent about Silver Dollar City. In the last part of the show, Gina reads news stories about someone caught for calling in bomb threats at Jewish Community Centers, Trump’s interview with Time magazine, and a new app that determines your sperm count with 98% accuracy. As the show wraps up, the guys discuss a study about how staring at breasts helps men live longer.

Watch The Toy Box, premiering Friday April 7th at 8pm on ABC. You can also visit http://ericstonestreet.com, and follow him on Twitter @EricStonestreet.