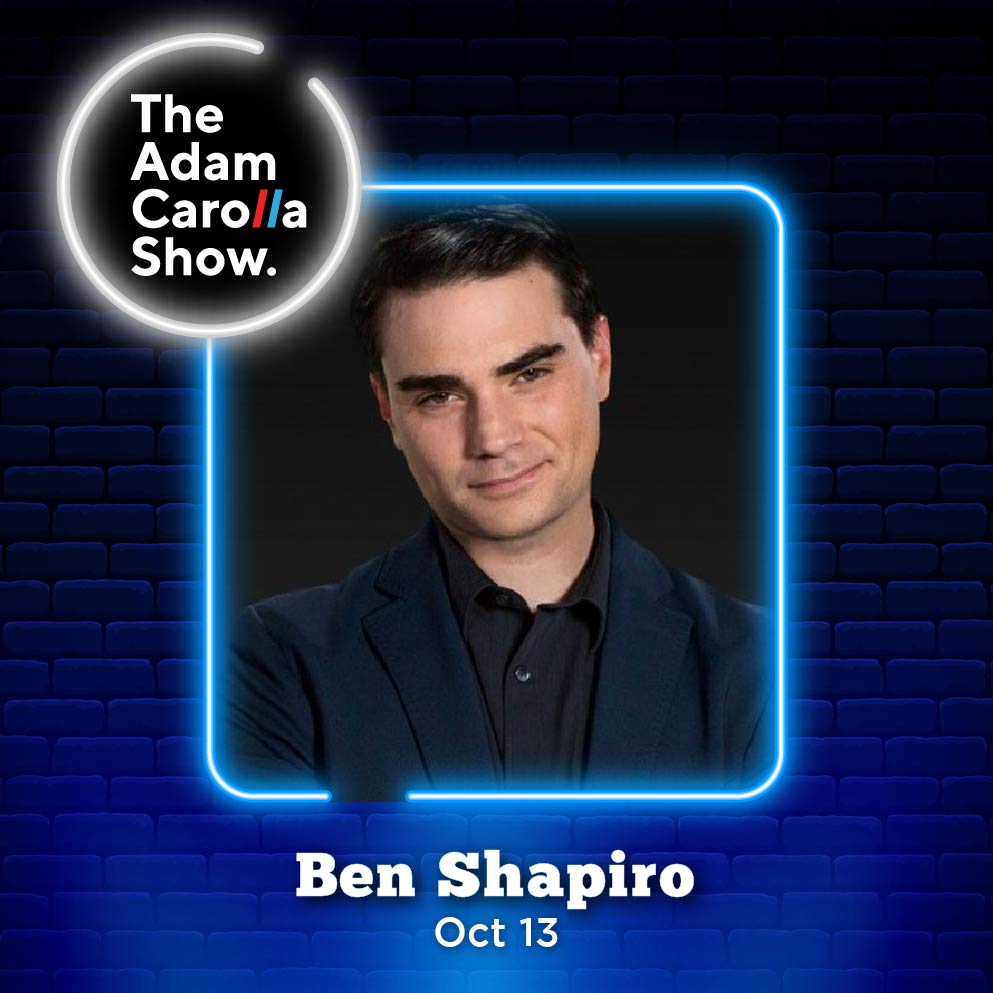 Adam joins Ben Shapiro in Nashville for a special one-on-one conversation. The guys begin the show addressing Jon Gruden resigning as Raiders’ head coach over leaked emails. This leads into a deeper discussion about having the keep up with society constantly shifting its standards. Ben then compliments Adam for writing ‘In 50 Years We’ll All Be Chicks’ before talking about how much life has improved since he moved out of California. Next, the two chat about America’s polarization in regard to vaccination. Adam then brings up his philosophy about the death of math before the guys chat about confirmation bias on both sides of the aisle. Next, the two share their thoughts on Joe Biden’s presidency thus far and what the next election could look like. Ben then explains why Kamala Harris is the worst politician he’s ever seen. Lastly, Adam announces a new partnership with The Daily Wire where he will produce 6 comedy specials – starting with 2 shows at the Brea Improv featuring Rob Riggle and Jay Leno.