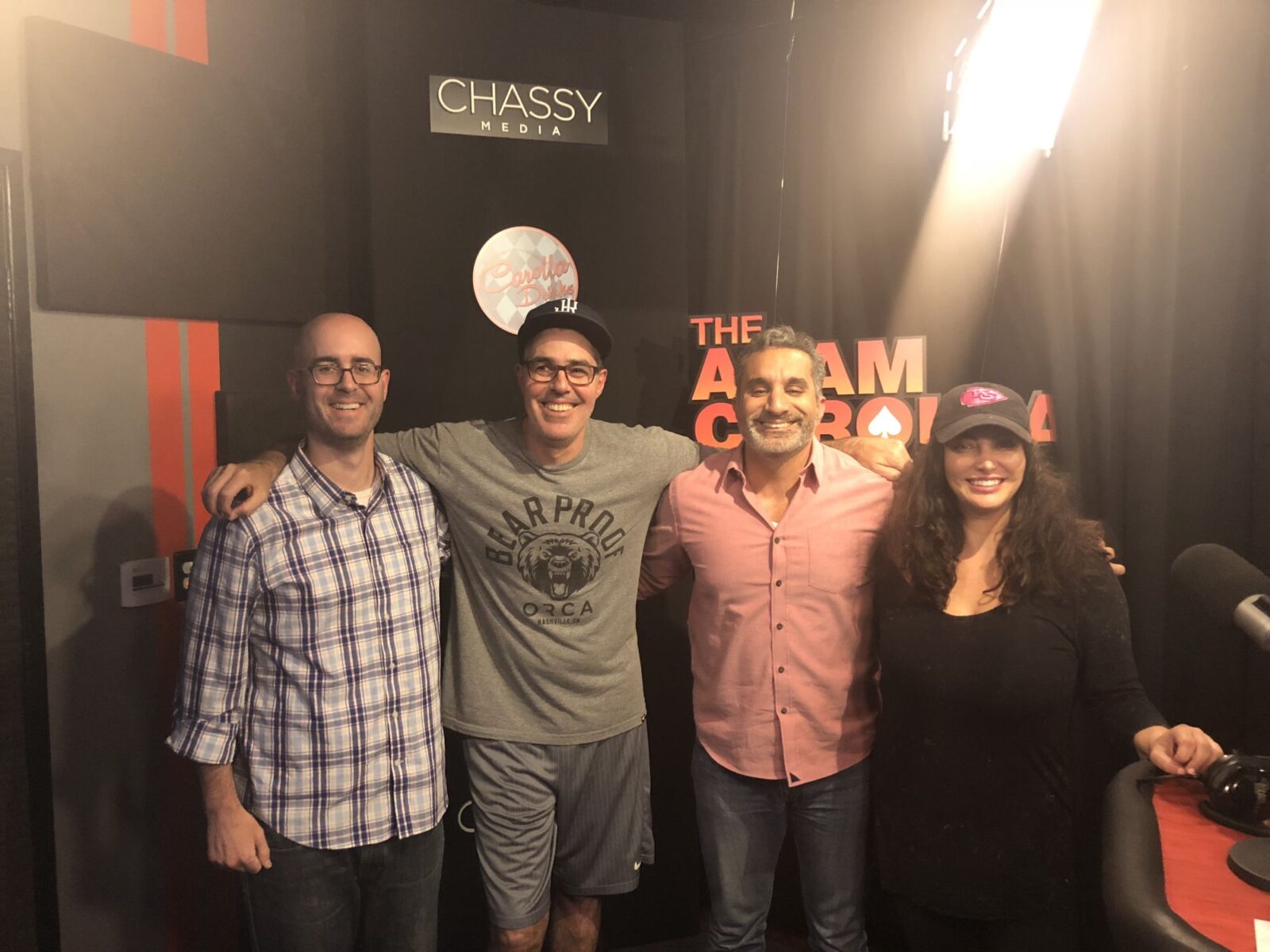 Posted at 30 May 2018 in Podcast by Chris Laxamana

At the top of the podcast, Adam talks about his visit to the Indy 500 over the long weekend to premiere the new Willy T. Ribbs documentary, ‘Uppity’. They discuss Willy getting a call from Bill Cosby, reactions to the film, and other notable celebs that attended the race event. Adam then talks about almost missing the red carpet due to a mess-up with their convoy, the thrill of riding in the pace car, and crazy crashes on the track. Later, the group chats about what qualifies as nachos, and Adam comments further on Dawson’s eating habits. Up next, enjoy today’s Good Sports.

Bassem Youssef is in studio next, and he talks with Adam about being a doctor who later became an influential satirist in Egypt. They talk about Bassem creating a YouTube show in response to the Arab Spring, and how other cultures view freedom. After the break, Gina begins the news talking about the cancelation of the rebooted Roseanne in response to her racist tweets. They also talk about the upcoming Las Vegas orgy having to change locations, Rachel Dolezal’s welfare fraud, and Amazon’s policy on banning people who return too many items. As the show wraps up, the guys talk about the holy grail of shipwrecks discovered, a strange new weight loss fad.