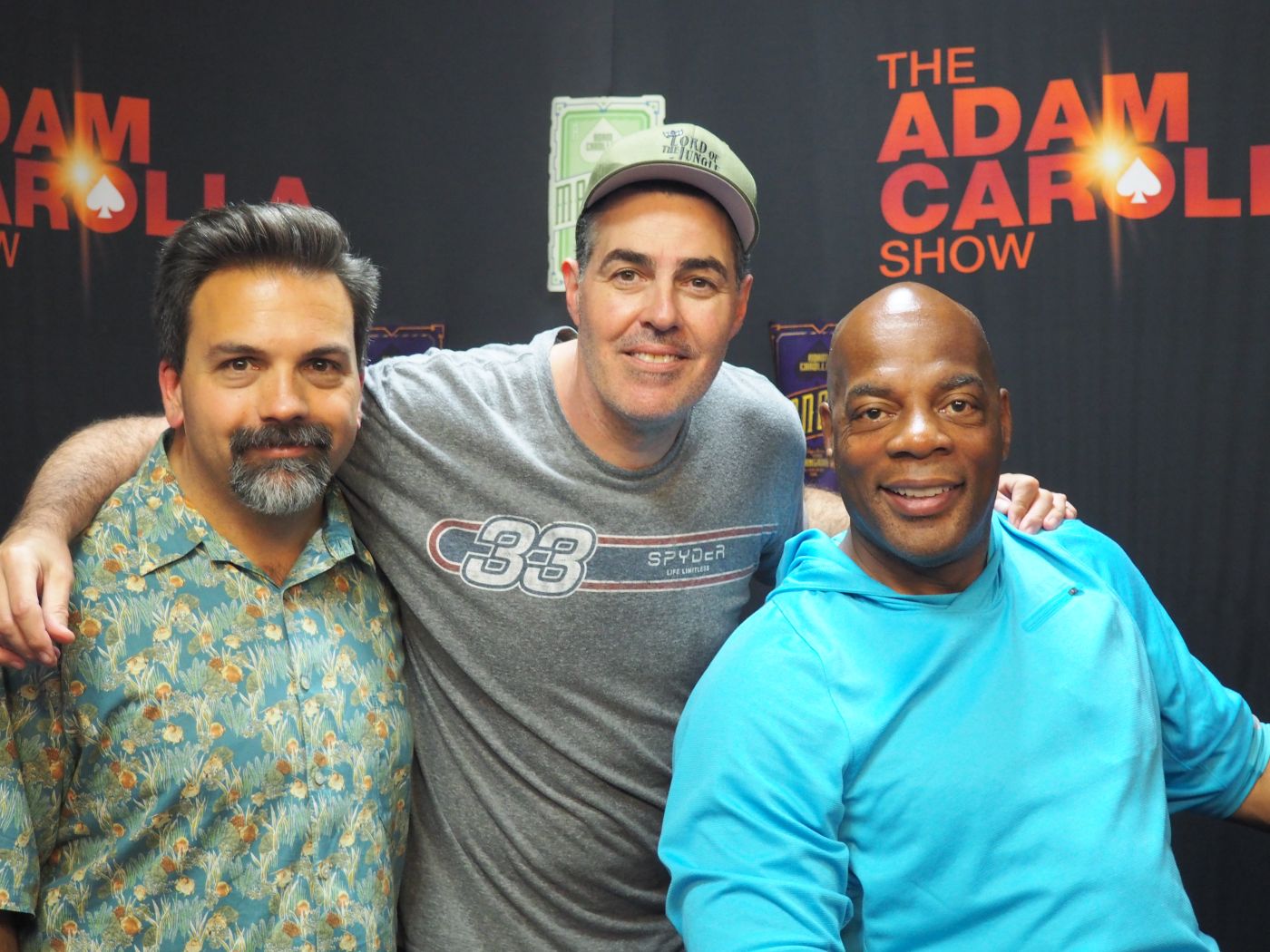 Posted at 05 Jul 2016 in Podcast by Chris Laxamana

Adam opens the show talking about his theory about the theme of a movie, and how it’s reviewed. Matt Atchity of Rotten Tomatoes is also in studio, and the guys talk about Albert Brooks’ movies and Adam’s recent lobster experience. Adam then takes fan phone calls about the film ‘Sex Boat’, how to properly name your baby, and thoughts on ESPN Magazine’s ‘Body Issue’. Matt then hosts a Hawaii-themed round of the Rotten Tomatoes Game.

Alonzo Bodden is in studio next, and the guys talk about his new show, ‘How To Build Everything’. They also talk about knowing what car you’re in while blindfolded, Alonzo’s current ride, and hanging out with DAG. Gina then begins the news discussing that the FBI will not be prosecuting Hilary Clinton for her mishandling of classified information, and Donald Trump’s response. Later they talk about a tragic accident at a gun range in Florida, and the first death due to driverless cars. As the show wraps up, the guys discuss the annual 4th of July hotdog eating championship.

Catch episodes of ‘How To Build Everything’, Wednesdays at 10 on The Science Channel. For more info on today’s guest, visit http://alonzobodden.com, and follow him on Twitter @AlonzoBodden.