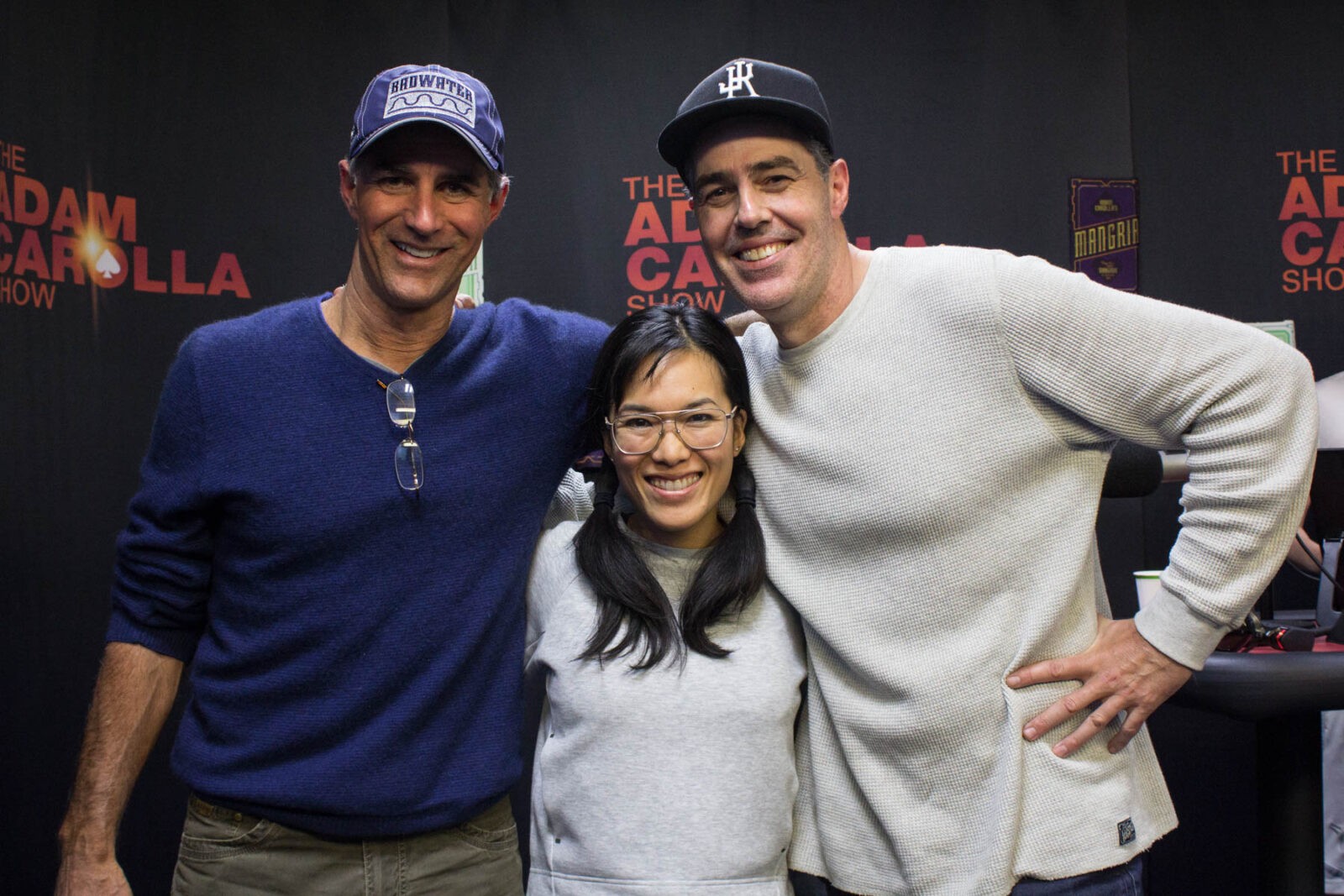 05 May Ali Wong and Vinnie Tortorich

Posted at 05 May 2016 in Podcast by Chris Laxamana

Adam opens the show with Vinnie Tortorich in studio. He fills Vinnie in on the latest health and diet arguments around the house, and then Vinnie shares some interesting facts about orange juice. Adam also goes on a massive rant about his kids’ frustrating school projects, and takes fan phone calls about Andrew’s eating habits, breastfeeding in public, and dealing with nerves while you audition. Before the break, Adam takes another call about Achievement Day.

Ali Wong is in studio next, and Adam compliments her on her standup special and intelligence. She talks about filming her special while being almost 8 months pregnant, and the guys watch a couple great clips. The group also talks about racism, breastfeeding on an airplane, and why comedians shouldn’t date other comedians. Later, Ali talks about why you should go out and do stuff instead of taking advice and over thinking everything. As the show wraps up, the guys talk about Donald Trump being the presumed GOP nominee, an update on Johnny Manziel’s domestic violence charge, the release of lost footage from Huell Howser’s ‘Calfornia’s Gold’, and fashion choices at the NFL draft.