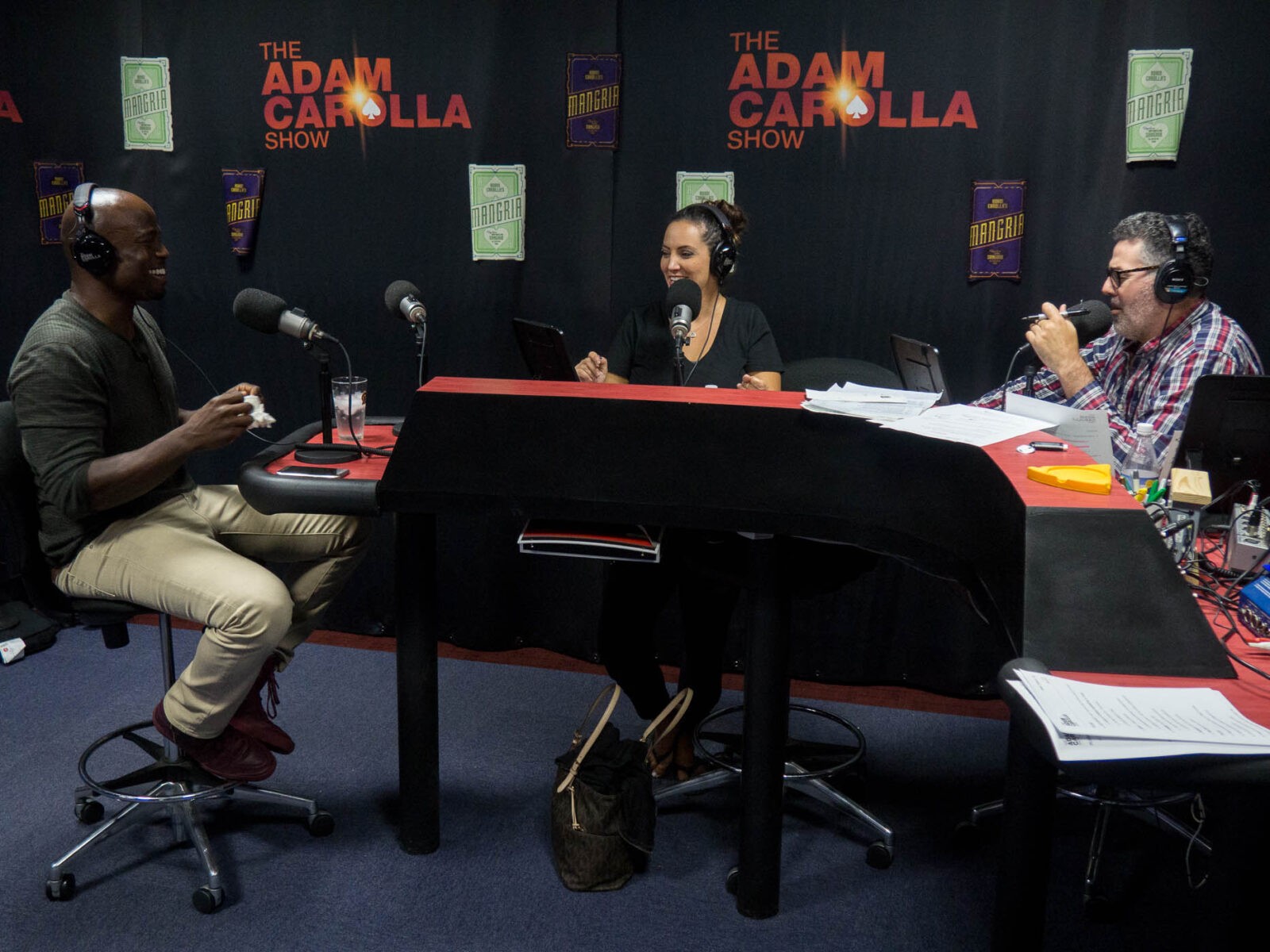 Posted at 07 Oct 2016 in Podcast by Chris Laxamana

At the top of the show, Adam talks to Vinnie Tortorich about his arm surgery. Adam then discusses Natalia’s recent surgery, and Bald Bryan not being here because of a flat tire. After that, Adam reads some of his Favorited Tweets and talks to a caller about where to get some good Hungarian food while he’s in Boston.

Akbar Gbajabiamila is in studio next, and Adam talks with him about the Emmys, as well as his Nigerian upbringing. They also talk about his brother (former NFL player ‘KGB’), and his massive property in Green Bay. Later, the gang talks about all three of them being left handed, and Gina shares an adorable Facebook video that pays tribute to American Ninja Warrior.

Gina begins the news with the announcement of the new Rolling Stones album. The guys then discuss the upcoming ‘Oldchella’, and a Samsung phone that started smoking on board a Southwest flight that lead to an evacuation. Akbar talks about the cameras in his refrigerator, and Gina brings it back to the news with a story that Wonder Woman is bisexual. Later, Akbar does an incredible Obama impression, and the guys look at the new ‘D’Brie’ album. As the show wraps up, the guys discuss the new trend of silicone wedding rings, and freaky clown sightings.