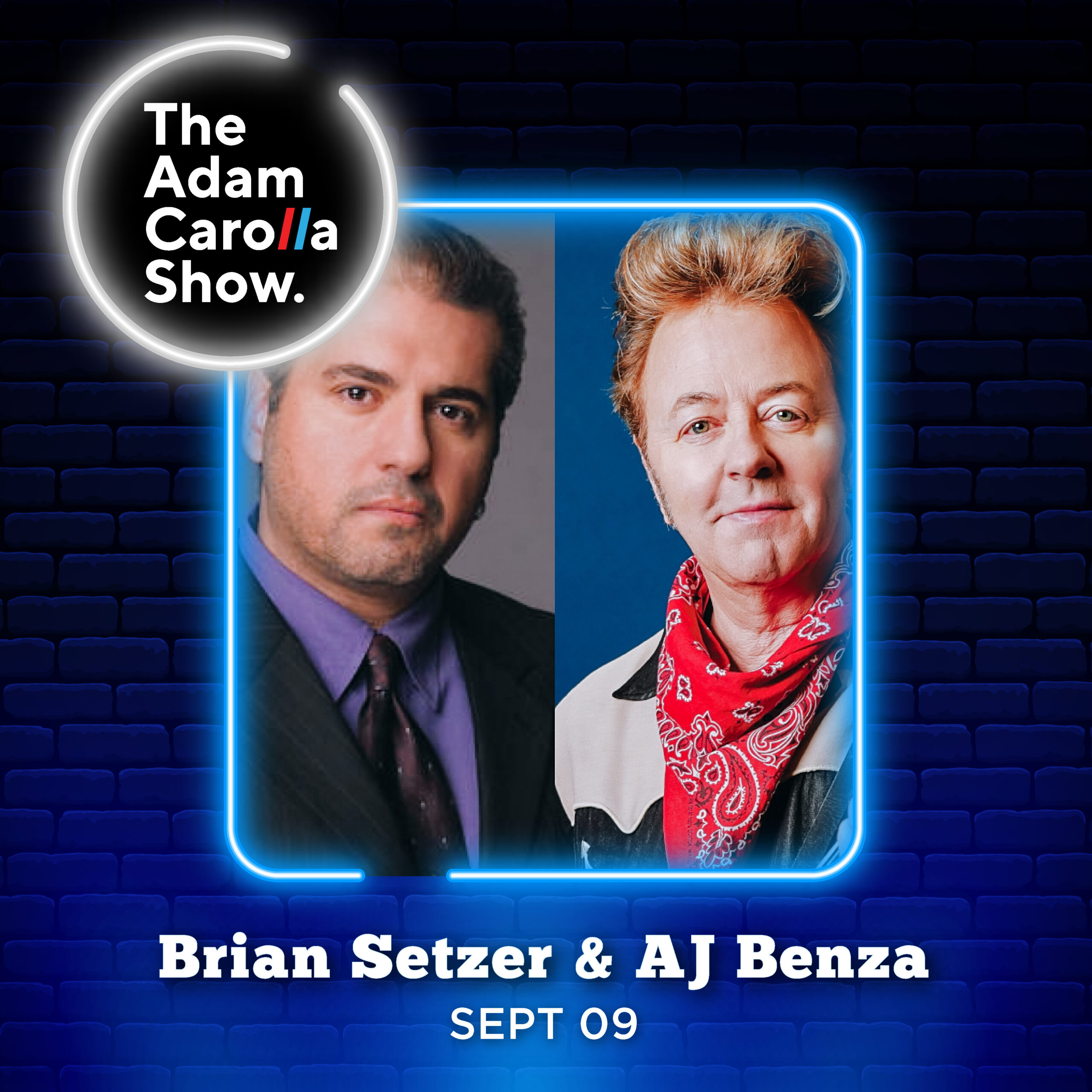 Today’s pod opens with some KROQ memories, and the brilliant producing mind of Jimmy Kimmel. They go on to talk about the swing revival era of the mid 90s, and Adam talks about doing a father and son football draft with Sonny. Gina also shows the gang a clip from Cher’s old TV show, and improvises a scene with Adam as ‘Nancy Grace’. Brian Setzer then joins the show to share his own memories from recording a track for the KROQ Christmas Album, and going from a three-man-band to traveling with huge orchestras. Later they flash back to the history of Stray Cats, and they also talk about Brian’s pet peeves. Before the break, Adam talks about the Kanye vs. Drake albums to contrast the orchestral music of Brian Setzer.

AJ Benza is in studio next, arriving directly from the airport after spending a month in Chicago. The guys exchange some nasty fart stories, and then AJ launches into some stories that are ‘Allegedly’ true involving Britney Spears, Michael K. Williams, Kourtney Kardashian, Travis Barker, and Billy Bob Thornton. In the last part of the show, Gina reads news stories about John Mulaney, and the new Dancing with the Stars cast.

Don’t look now, but Cher and the Osmond Brothers have arrived and it just got white people funky up in here … pic.twitter.com/bf5N9IyjjH