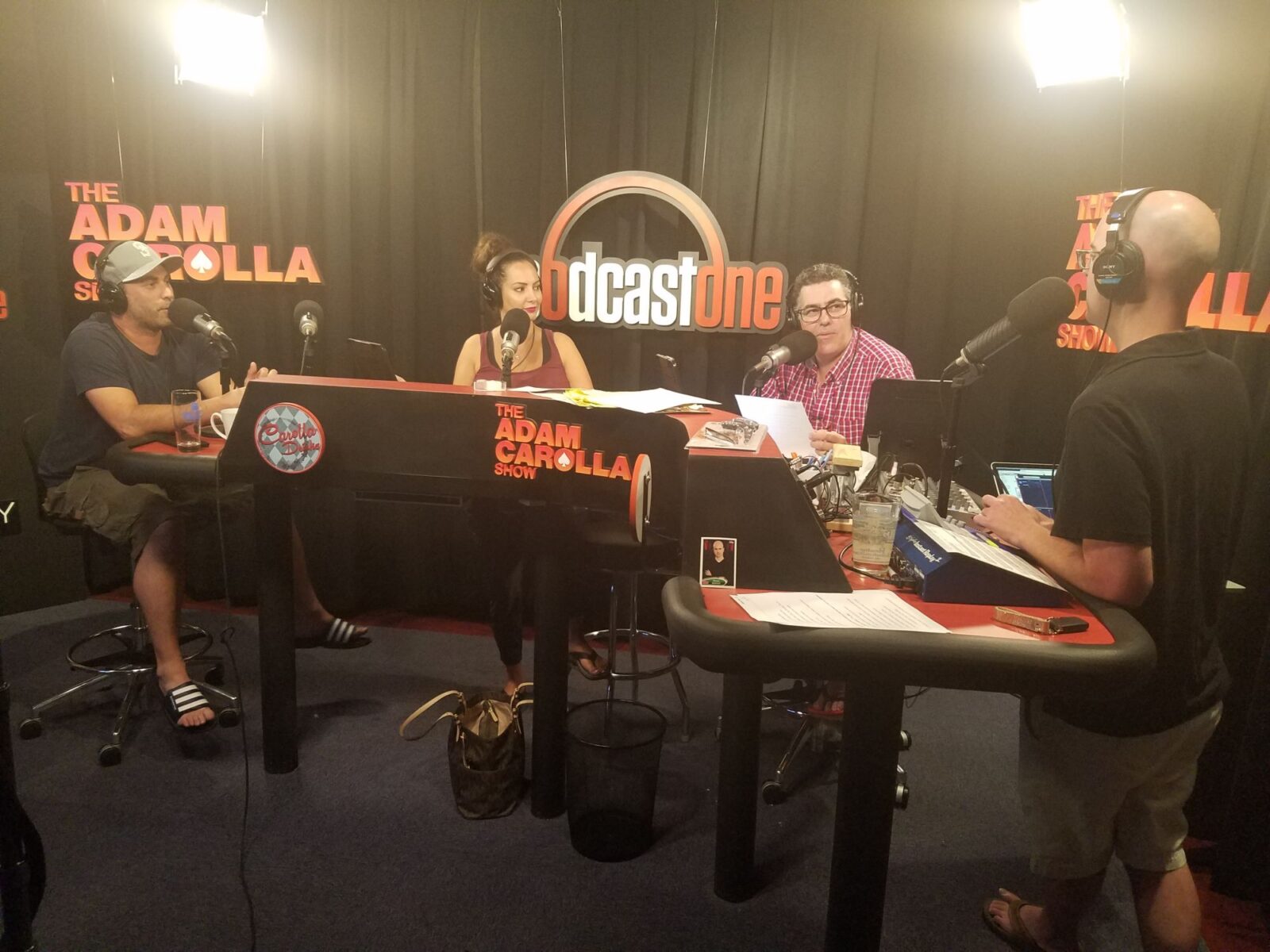 Posted at 10 Jul 2017 in Podcast by Chris Laxamana

At the top of the pod, the guys complain more about the insane heat in Southern California. Adam then rants about dishwashers, his horrible upbringing, and quack doctors. After that, the guys take calls for a round of Tales From The Cheap. Before the break, the group compares playing chess to fighting MMA.

Adam Ray is in studio next, and the guys chat about his rise at The Comedy Store, and producing his own stand-up comedy nights. They also talk about the Blue Collar Comedy Tour, and Carolla tells the gang about his old ‘Kill Gallagher’ movie idea. Later, everyone talks about songs to make love to, and Adam Ray discusses being cast in the new season of Curb Your Enthusiasm. As the show wraps up, Adam Ray debuts an original song about a breakup.