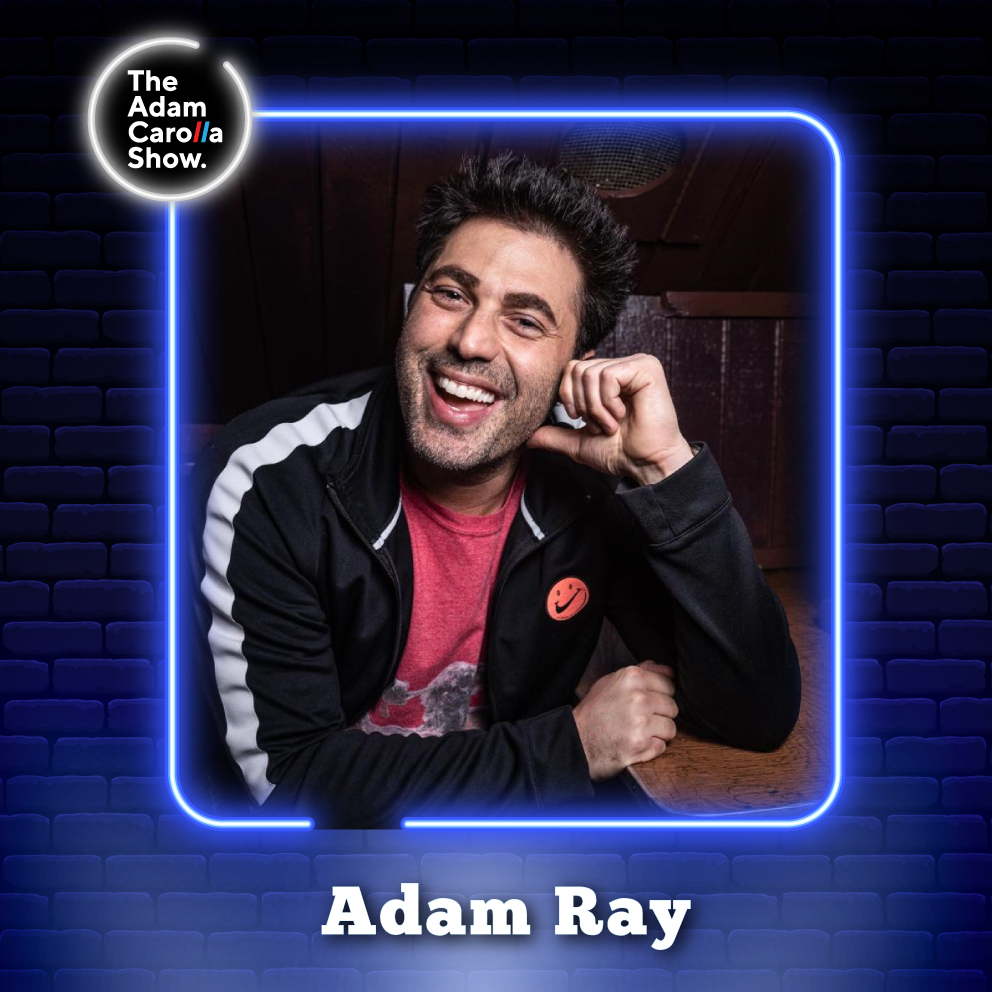 Adam and Gina take a look at climate activists vandalizing a Warhol painted BMW art car and some highlights from ‘Michelle Obama’s Mission: Empowering Girls’. Comedian and friend of the show, Adam Ray, stops by to talk about his recent wedding where the Goo Goo Dolls played for his first dance. They get into Adam’s new mockumentary/comedy special ‘Tony Caruso – The Return’ and his upcoming series ‘Welcome to Chippendales’ before discussing Hollywood Tropicana mud wrestling, Paul McCartney, and the time Smash Mouth’s Steve Harwell threw out a nazi salute.

Adam Ray joins in for a round of the Rotten Tomatoes Game with a bird theme where he gets into his upcoming role in Greta Gerwig’s ‘Barbie’ movie and gives his take on a better trailer for 1997’s ‘Batman & Robin’. Gina Grad reports the news of today including: Jay Leno revealing his burns after being released from the hospital, an update on the Club Q shooting in Colorado, Qatar banning beer from stadiums at the World Cup, and Qatar authorities threatening a Danish film crew.

Listen to ‘About Last Night’ wherever you find podcasts