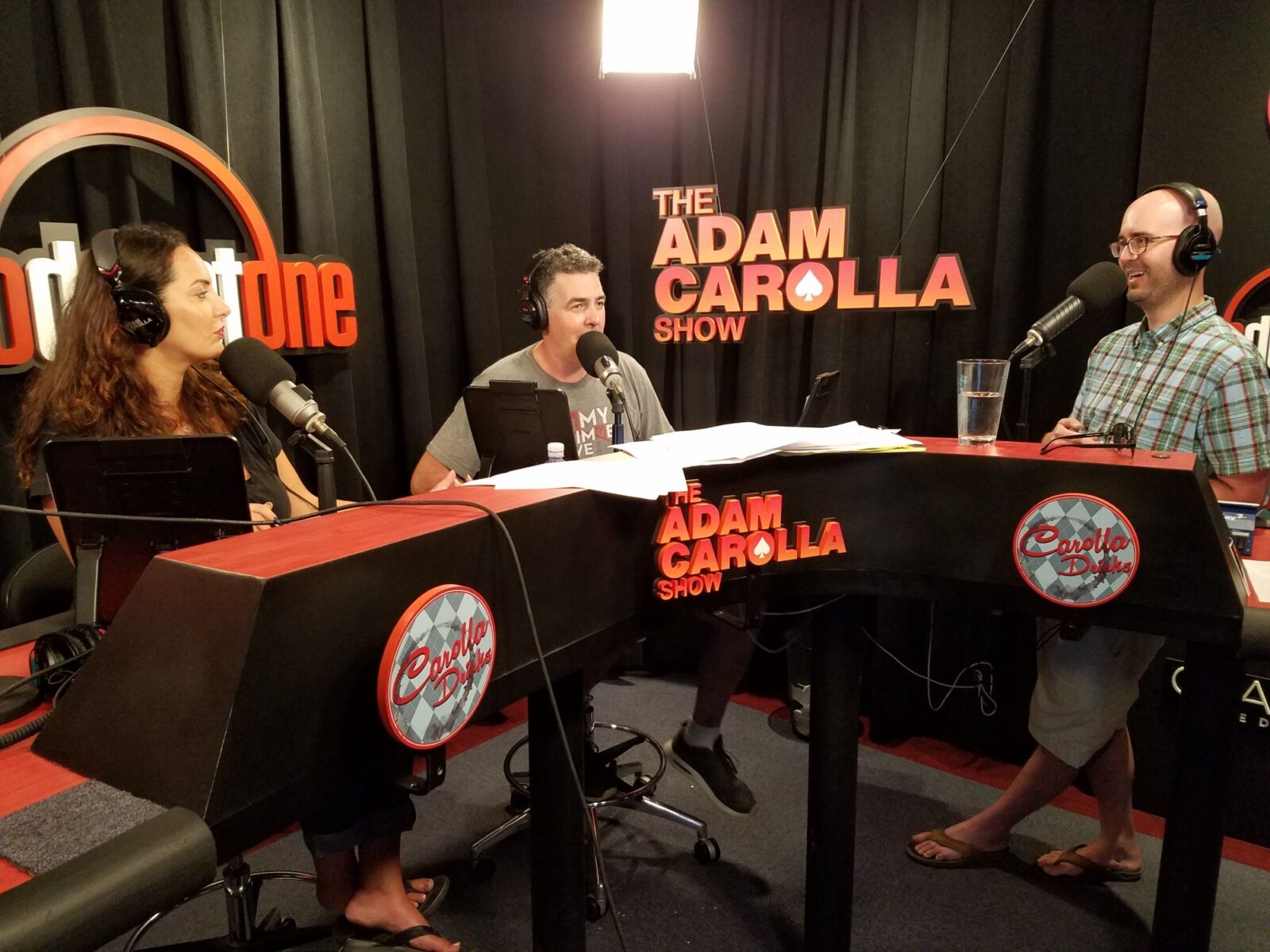 Posted at 11 Sep 2017 in Podcast by Chris Laxamana

As the show opens up, Adam talks about how handsome you need to be to look cool in a race helmet. Gina shares the female version, and Adam discusses some sorely needed updates to boxing, as well as needing interpreters that look like who they are speaking for. Adam then talks about trying to convince Sonny to watch his film ‘The Hammer’, and gives updates on the new Willy T. Ribbs doc. He also discusses the first Football Sunday of the year, and the time Dawson was banned from watching football games with the guys. Later, Adam complains about a car problem in John Wick 2 and another terrible commercial. Before the break the guys take calls about his buddy Ray, and updates on Florida.

After a Good Sports segment with Dameshek, the guys go into the news. They watch clips from Steve Bannon’s interview with 60 Minutes, as well as a bizarre Jim Carrey red carpet interview. Gina then reads stories about Miss Texas’ answer to a question about Charlottesville and Trump. As the show wraps up, the guys talk about dogs getting fatter, and Adam explains why he loves having a big dog.