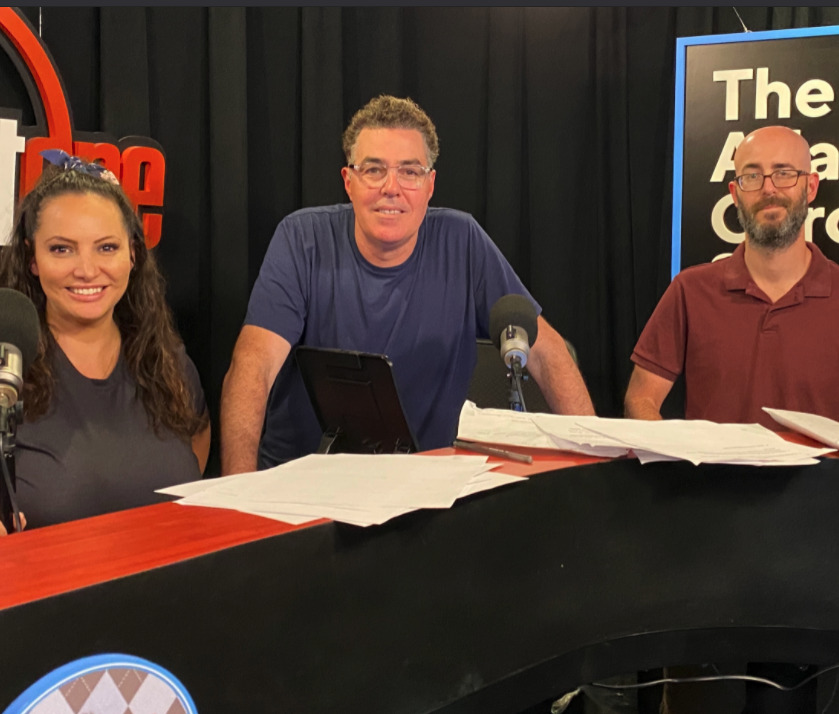 Adam brings in an absurd commercial he saw earlier on TV. Then, Adam talks about an old Dancing With The Stars comedy segment and how unhappy he was with ABC cutting his funniest jokes. After that, Adam plays another unexciting clip from SportsCenter’s Top 10. Next, Adam shares a picture of another Blue Apron box dropped off right in the middle of his driveway. Before the break, the gang chats about the shows ‘Sister Wives’ and ‘The Brady Bunch.’

Adam takes a few phone calls from: A comic book shop owner wanting to pull Adam’s balls in Minneapolis, a follow-up caller wanting to the thank the show for helping him get through the death of his dog, an aspiring podcaster, and someone looking for advice on how to deal with family members that disagree politically. Gina reports on today’s news including: An Olympic skateboarding groin injury and Jackie mason dying. Lastly, Adam and the gang get a hold of Jordan Brady, who actually directed the yeast infection commercial that Adam played at the beginning of today’s episode.