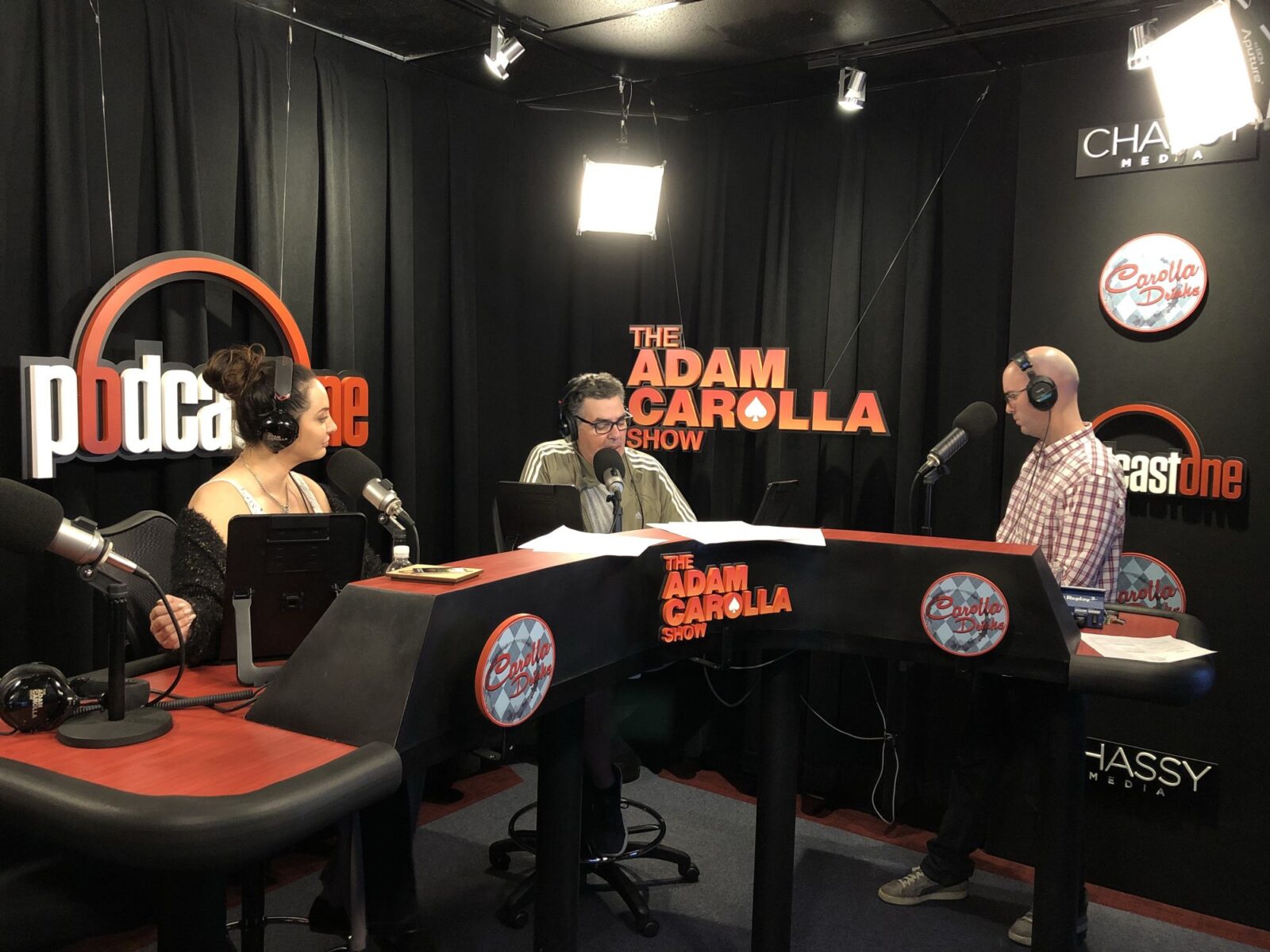 Posted at 21 Jan 2018 in Podcast by Chris Laxamana

At the top of the podcast, Adam talks about the pros and cons of the electric car. He also complains about people not understanding their own context, and then takes fan phone calls about being approached by homeless people asking for money, which leads Adam into a story about a crazy foreman he used to work for. Adam also discusses how he managed to save thousands of dollars on this weekend’s UFC match, and Adam and Shek jump in with today’s Good Sports.

In the second half of the pod, Adam says he’s looking forward to seeing John Hiatt perform next weekend. The guys then discuss the film ‘Lady Bird’, Gina talks about having an ex-boyfriend who she didn’t realize was gay, and Bald Bryan recalls his passions from high school. Up next, Gina starts the news with highlights and reactions to this weekend’s ‘Women’s March’. They also talk about Delta’s new rules about service animals, and Adam ends the show ranting about adults not behaving like adults.