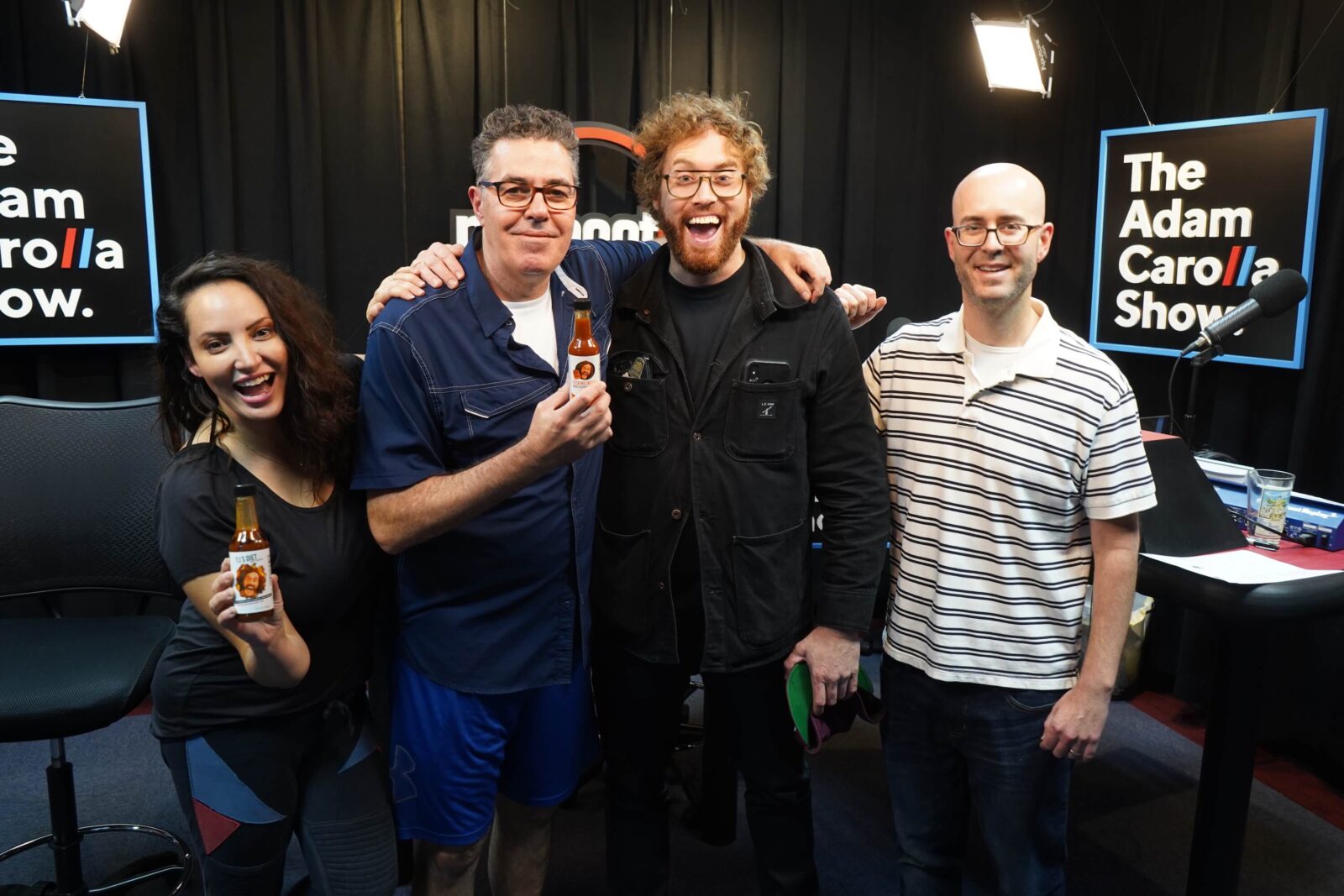 Adam opens today’s podcast talking about people who never have their business cards on them. He also complains about the Walk of Fame, and talks about the local news story of a woman who had fecal matter dumped on her by a homeless person. Mark Geragos then calls in with an update on Colin Kaepernick, and also to share his thoughts on the current impeachment hearings. Before the break, Gina brings in a new recipe for this week’s Eat Your Feelings.

TJ Miller is in studio next, and Adam chats with him about his new line of hot sauce, which leads the guys to discuss their experiences on the web show ‘Hot Ones’. He also attempts to sell Adam a 2017 Ford GT, and the guys discuss his role in the Marvel Universe. From there, the guys go on to discuss TJ’s new movie, ‘Underwater’, and his current standup regiment.

Gina begins today’s news with developments on the latest school shooting. TJ then talks about the world perspective he gained by performing comedy in France. Other news stories include Lori Laughlin’s upcoming prison sentence, and new rape accusations against filmmaker Roman Polanski. As the show wraps up, the guys talk about why comedy is more important than ever during uncertain times.

‘Underwater’ is in theaters on January 10th. For more info on TJ, visit http://TJMillerDoesNotHaveAWebsite.com, and follow him on Twitter @NotTJMiller.