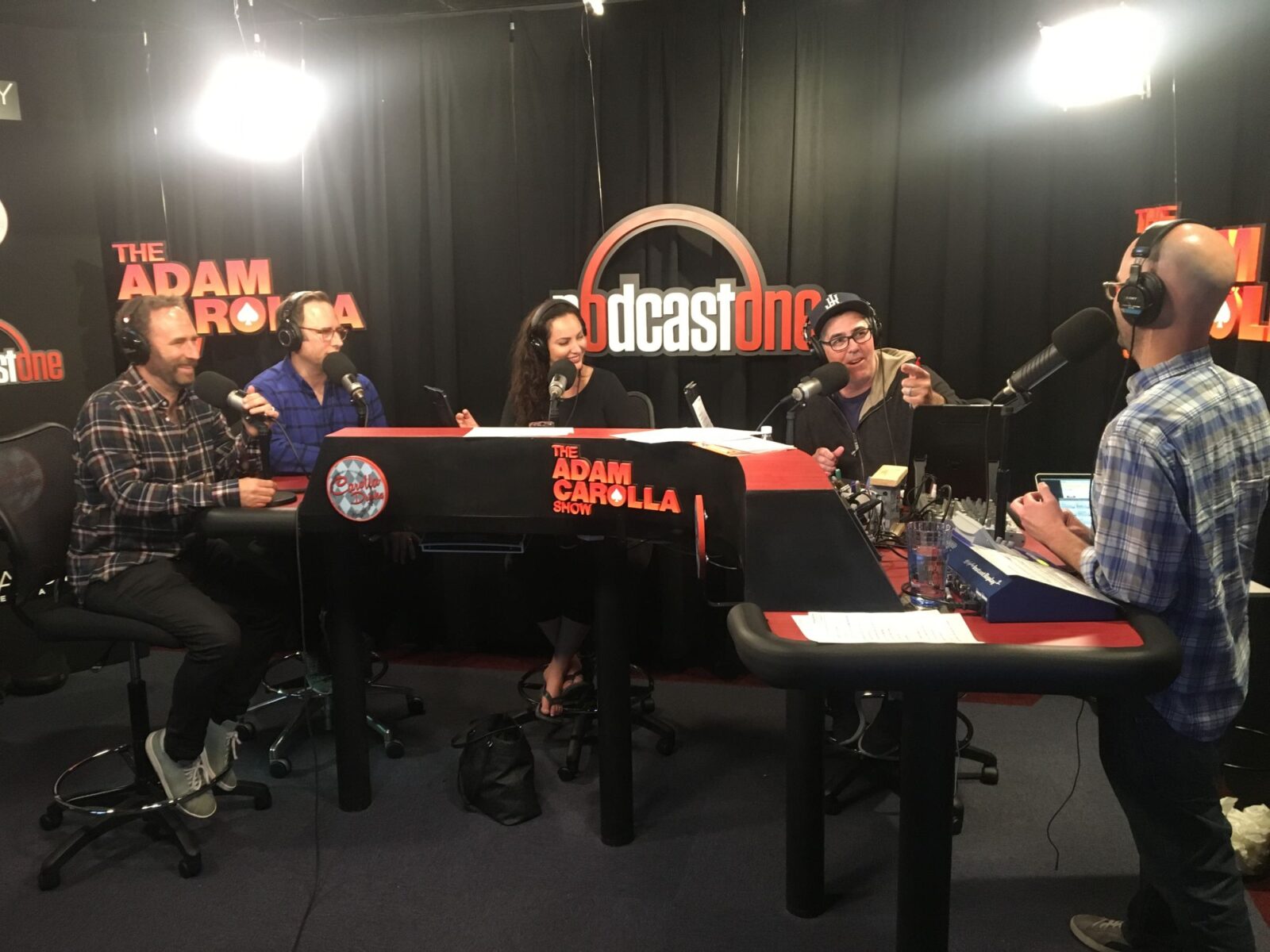 Posted at 30 Apr 2018 in Podcast by Chris Laxamana

At the top of the show, Adam talks about his weekend odyssey at Road Atlanta. He rants about people being blocked by their fears, and talks about what a great time he had staying with a fan over the weekend. Adam also talks about last minute repairs on the track, compared to an incident that occurred back in LA after he landed. Later he discusses the differences between Georgia and SoCal, and explains the difficulty of trying to get video footage put together of his trip.

In the second half of today’s podcast, Adam and The Sklar Brothers complain about Neapolitan ice cream, which leads to a conversation about the best ice cream flavors. Adam then talks about his first ever visit to a Waffle House, and rants about everything being geared toward 13-year-old girls. Gina starts up the news with updates on the Cosby trial. The guys then watch highlights from the White House Correspondent’s Dinner, and the Sklars talk about the time they hung out with Snoop Dogg. As the show wraps up, the guys talk about fog-infused vodka, and a new G-spot surgery.