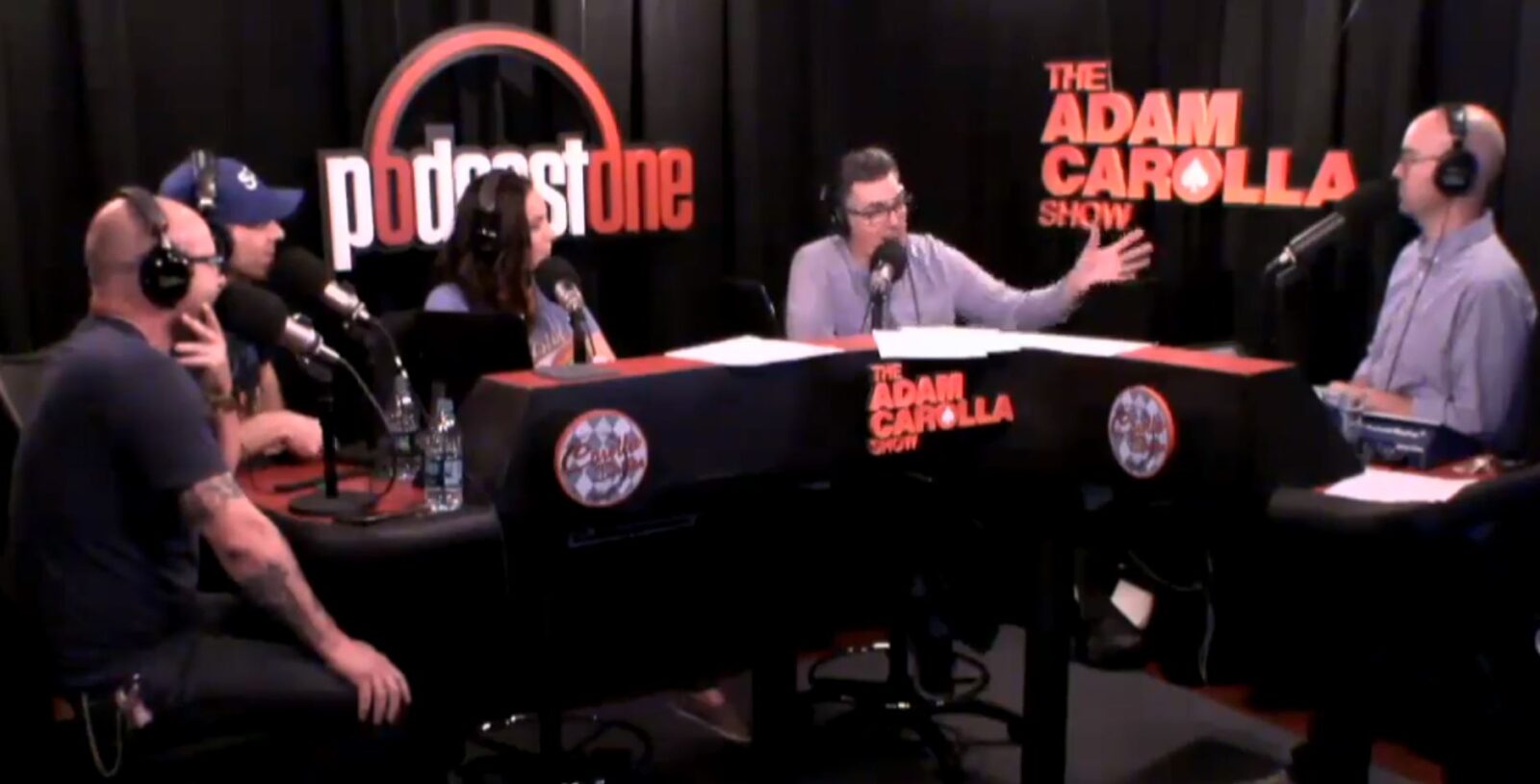 Posted at 12 Mar 2018 in Podcast by Chris Laxamana

Adam opens the show talking about his opening night screening of Hurricane Heist. Gina then shares her latest Vinnie-inspired recipe, and Adam rants about the difficulty of improving his new property. He also talks about getting busted bringing Sonny to the gym, and plays a clip from The Larry Elder Podcast, later comparing it to interviews he’s had where he’s had to fight to emphasize ‘family and education’. After that, the guys take fan phone calls about Bachelor Party ideas, mingling with musicians on cruises, and thoughts on Led Zeppelin.

Jimmie Whisman and James Pietragallo are in studio after Good Sports, and the guys break down the bizarreness of ‘Taboo II’. They also talk about their hit podcast ‘Small Town Murder’ and why women love the true crime genre. Later they discuss their show ‘Crime in Sports’, whether it’s better for an abusive father to stay or leave, and how much money Kobe gave up. Gina then begins the news talking about Elon Musk’s flights to Mars, Warren Buffet’s March Madness offer, and a potential meeting between Trump and North Korea. As the show wraps up, the guys watch a clip of a Rubix Cube completing robot, discuss stats about the drunkest states, and talk about a woman who sold her breast milk to body builders.

Subscribe to ‘Small Town Murder’ and ‘Crime in Sports’. For more info on today’s guests, check out http://shutupandgivememurder.com