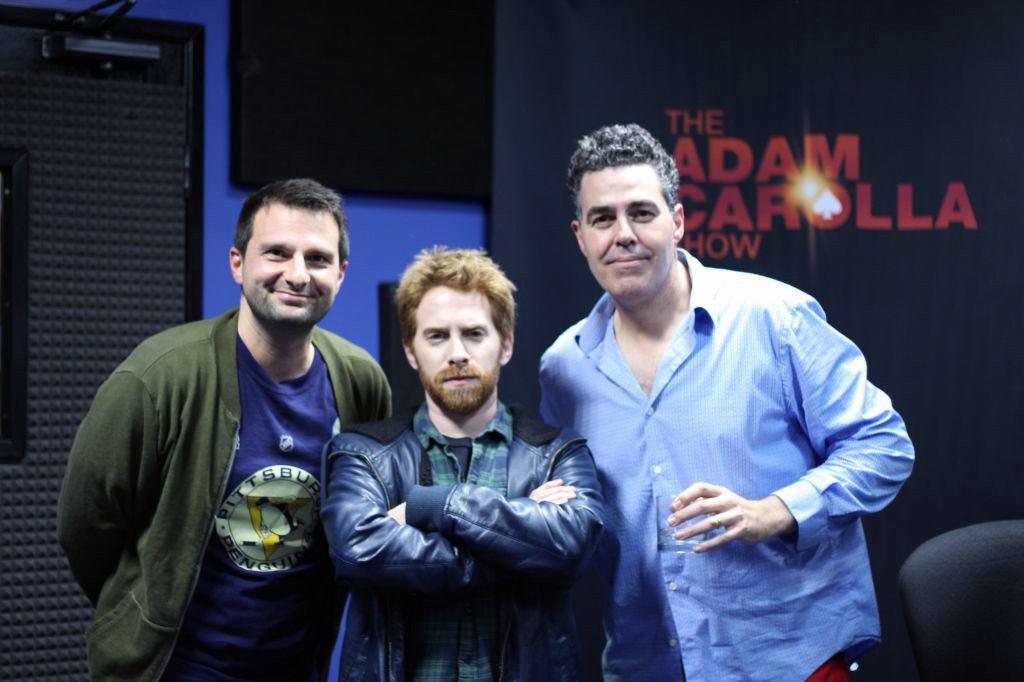 Posted at 01 Apr 2013 in Podcast by Chris Laxamana

Adam opens the show talking about his weekend in Las Vegas and Salt Lake City. He also talks about Natalia’s latest ice-skating role, and the hilarious similarities between his coworkers and some random celebrities. Later he talks about juggling Bryan Cranston and Seth MacFarlane as he tries to film a Kickstarter teaser, and then talks with Dave Dameshek about the start of baseball season and the Final Four. Adam then complains about a rhino-poaching poster he saw in Salt Lake, and Shek reveals the Creep of the Week.

Next up Seth Green joins the show, and Seth talks with Adam about his new film, ‘The Story of Luke,’ and why he felt it was such an important project to make. The guys also talk about Family Guy and Robot Chicken, and Adam has Seth read a portion of Not Taco Bell Material in character as Chris Griffin. After Bryan reviews a new film for this week’s ‘Baldywood’ segment, Alison begins the news talking about Chris Brown’s Today Show interview. As the show wraps up, the guys discuss GI Joe dolls, Obama’s Easter basketball game, and lame April Fools jokes.

Check out the Dave Dameshek Football Program on iTunes. Also visit http://NFL.com/Shek, or follow him on Twitter @Dameshek.