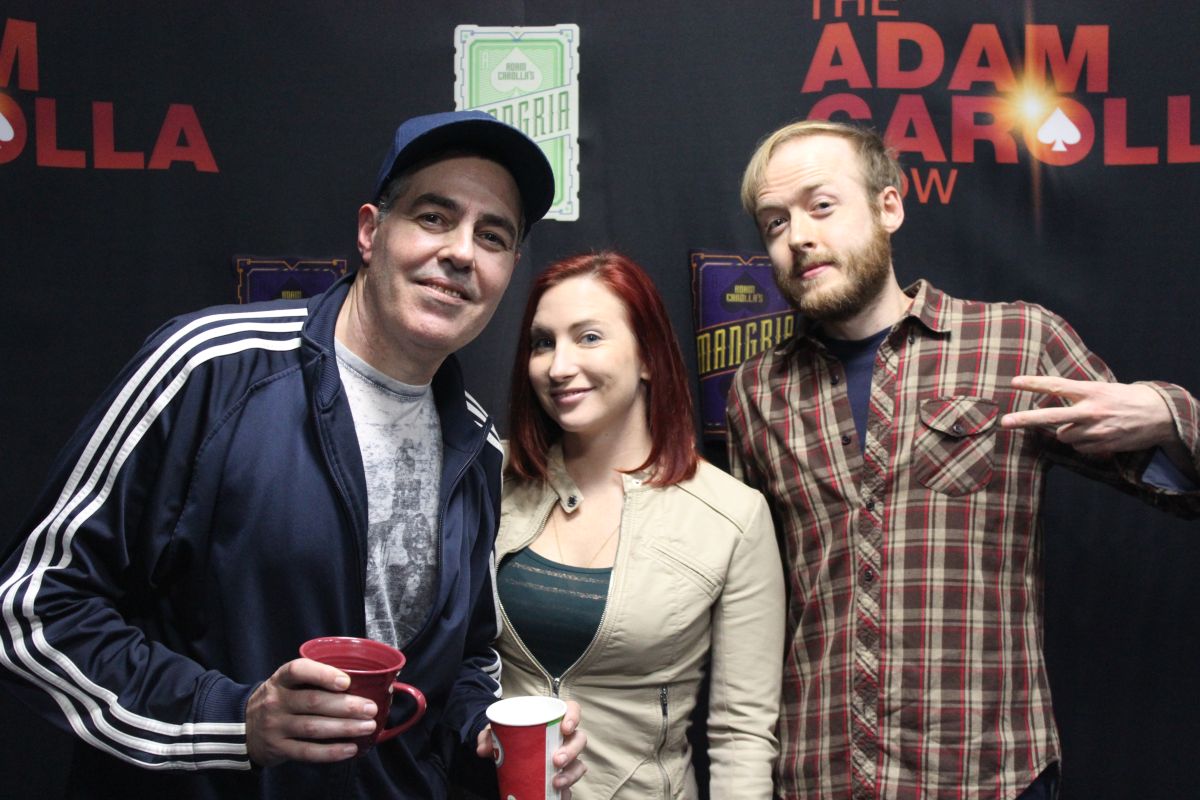 Posted at 08 Feb 2015 in Podcast by Chris Laxamana

Adam opens the show talking about the Cam Girlz doc that he watched over the weekend, and chats about girls with tattoos, and the closest he ever came to phone sex. Adam then takes fan phone calls from a guy who walked in on his girlfriend cheating on him with his best friend, and a guy with a shy bladder. Bald Bryan also reviews ‘Finding Vivian Maier’, nominated for Best Documentary at this year’s Oscars.

Documentarian Sean Dunne is in studio next, along with cam girl Sophia Locke. Sean talks about watching porn with his girlfriend, and how he went about filming a documentary about webcam girls. Adam then talks with Sophia about the business model of being a webcam girl, and how she runs her business while being in a long-term relationship. Gina then starts the news with a story about Bruce Jenner’s car accident. They also discuss Brian Williams pulling himself off the air after being caught in a lie, Rosie O’Donnell leaving The View, and an update on Whitney Houston’s daughter, Bobbi Kristina. Later they listen to a clip of Jimmy Fallon singing with Neil Young. As the show wraps up, the gang talks about Bill Cosby cancelling his upcoming performances.

Cam Girlz is available February 14th on VOD. Pre-order now at http://vimeo.com/ondemand/camgirlz. You can also visit http://veryapeproductions.com, and follow the project on Twitter @CamGirlzDoc.