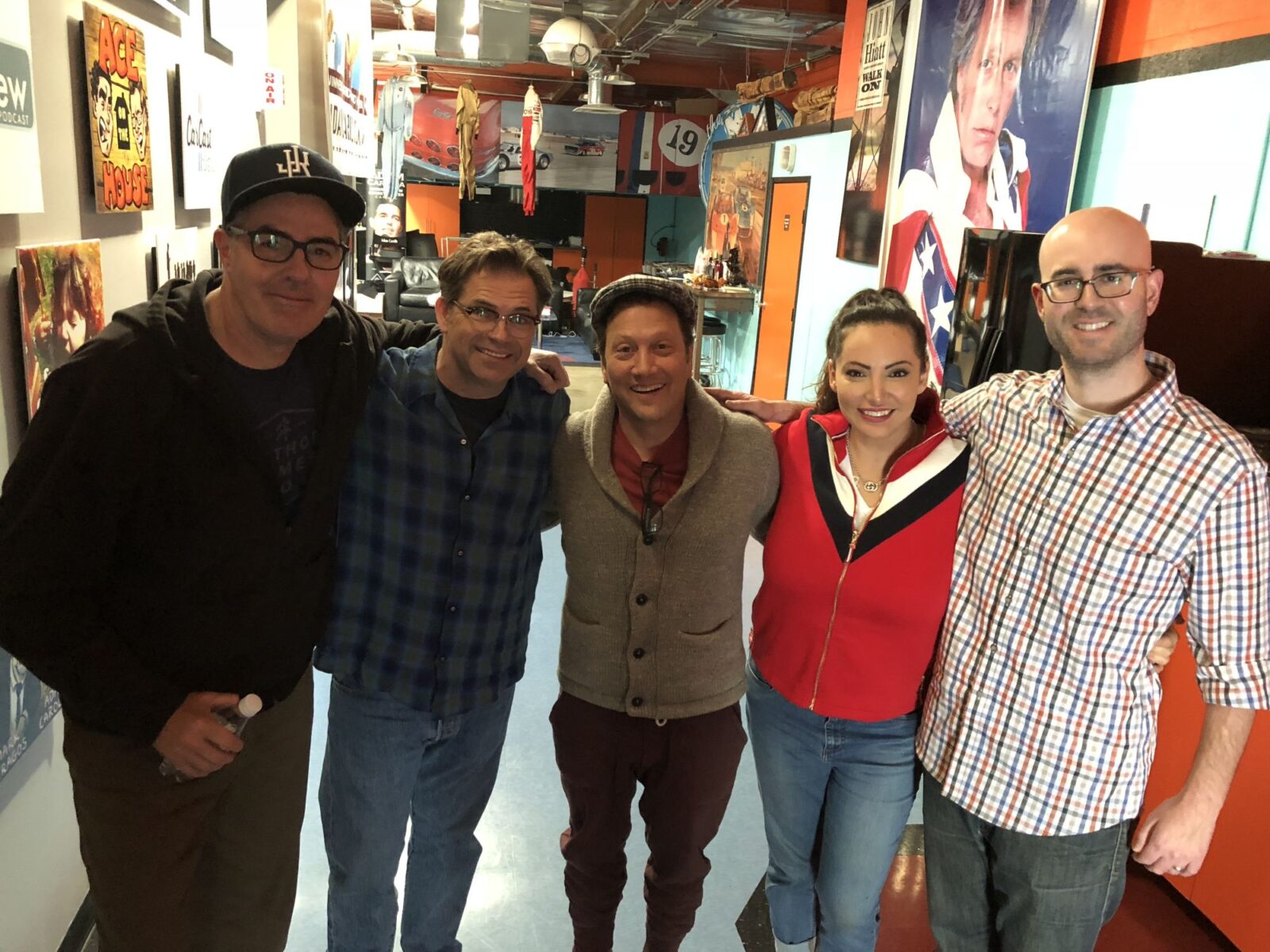 Posted at 21 Feb 2018 in Podcast by Chris Laxamana

Adam welcomes Rob Schneider back to the podcast, and the guys talk about David Carradine doing acid while filming the series Kung Fu. They also talk about getting harsh reviews from critics, and the idea of ‘fairness’. Rob then presents a fascinating history lesson about the various themes that transcend all eras of entertainment. Later, the guys talk about horse fighting and the second amendment, and Adam takes calls about fake laughing, and relating to music from ‘The Who’. Before the break, enjoy today’s ‘Good Sports’.

Dana Gould is in studio next, and the guys talk about performing in the city of Irvine. Adam then shares a Mike August story about trying to find the right venue, and the guys break down clips during a hilarious round of Huell’s Jewels. Later, Gina starts the news discussing the ‘March For Our Lives’, which leads to a conversation about how to talk to your kids about difficult topics. They also talk about why booze will help you in your 90s, a disturbing decapitated fashion show, and a pipe-sniffing dog. As the show wraps up, Bald Bryan talks about an odd gas leak near his house.