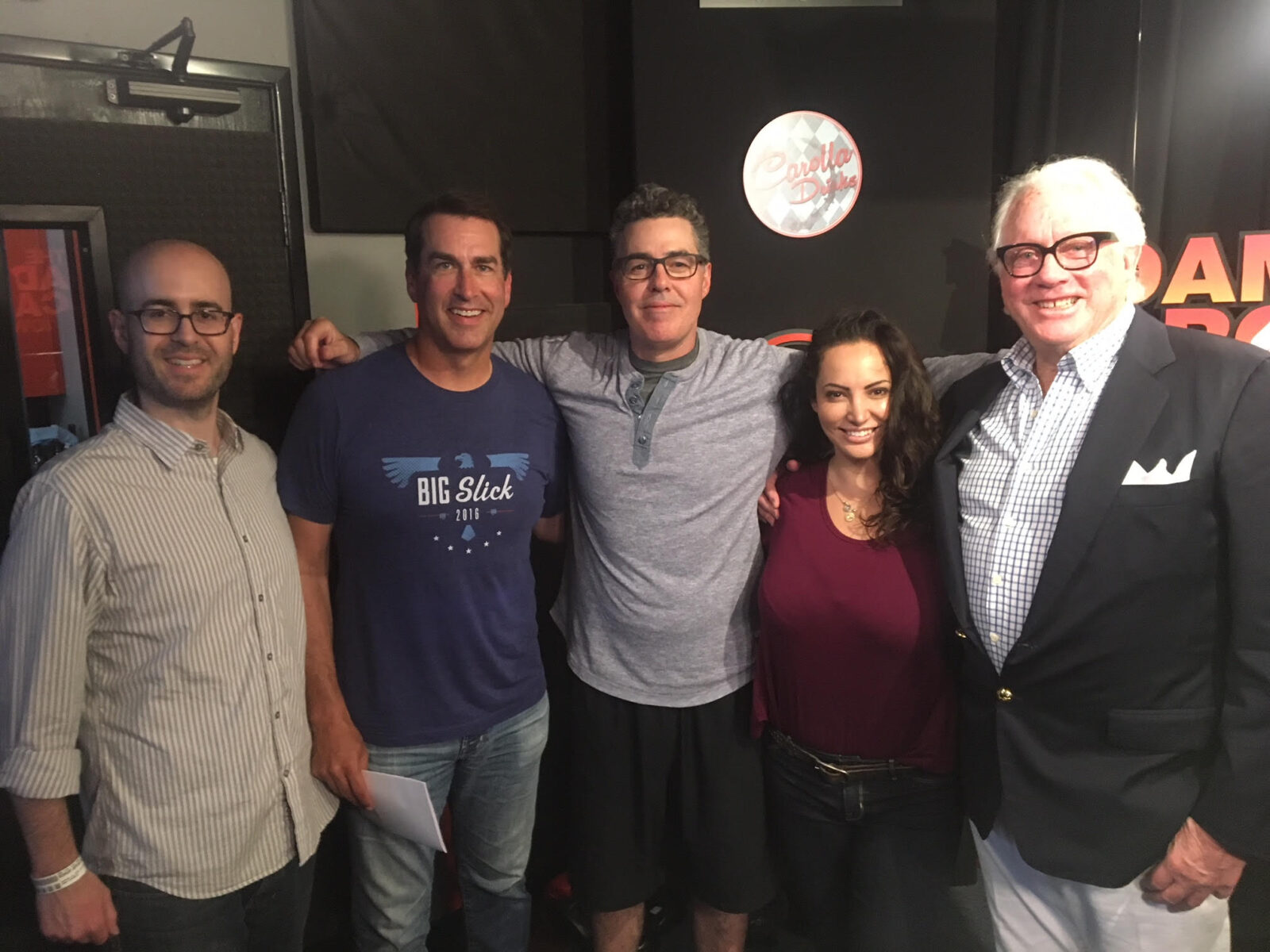 Posted at 09 May 2018 in Podcast by Chris Laxamana

At the top of the show, Adam shares a funky song he heard while recording ‘The Adam and Dr. Drew Show’. Rob Riggle is also in studio, and the guys go through some off-the-field sports antics during this week’s Riggle Report. Stories include a ‘serial pooper’ caught on camera, a reporter caught stealing from an NBA practice, and the impact an athlete’s bodyguard has. Before Good Sports, the guys talk about Drake being ordered to stop cussing at NBA games after being caught swearing on camera, and rumors about Johnny Manziel.

Author Ted Bell is in studio next, and Adam talks to him about his research trip to Russia. They also discuss that Putin may read his novels, cultural differences in Russia, and what the international community thinks about Trump. Ted then talks about conversations he’s had with ex-KGB guys and their take on communism. Later, Adam asks Ted about what he sees in the future of Russia, and what he saw while visiting their space program. Gina then begins the news talking about 3 American detainees on their way home from North Korea. They also talk about Jordan Peele announcing his next movie, and a new Bill and Ted movie in development. As the show wraps up, the guys talk about a retired Kentucky Derby winning horse getting paid big bucks for impregnating other horses.