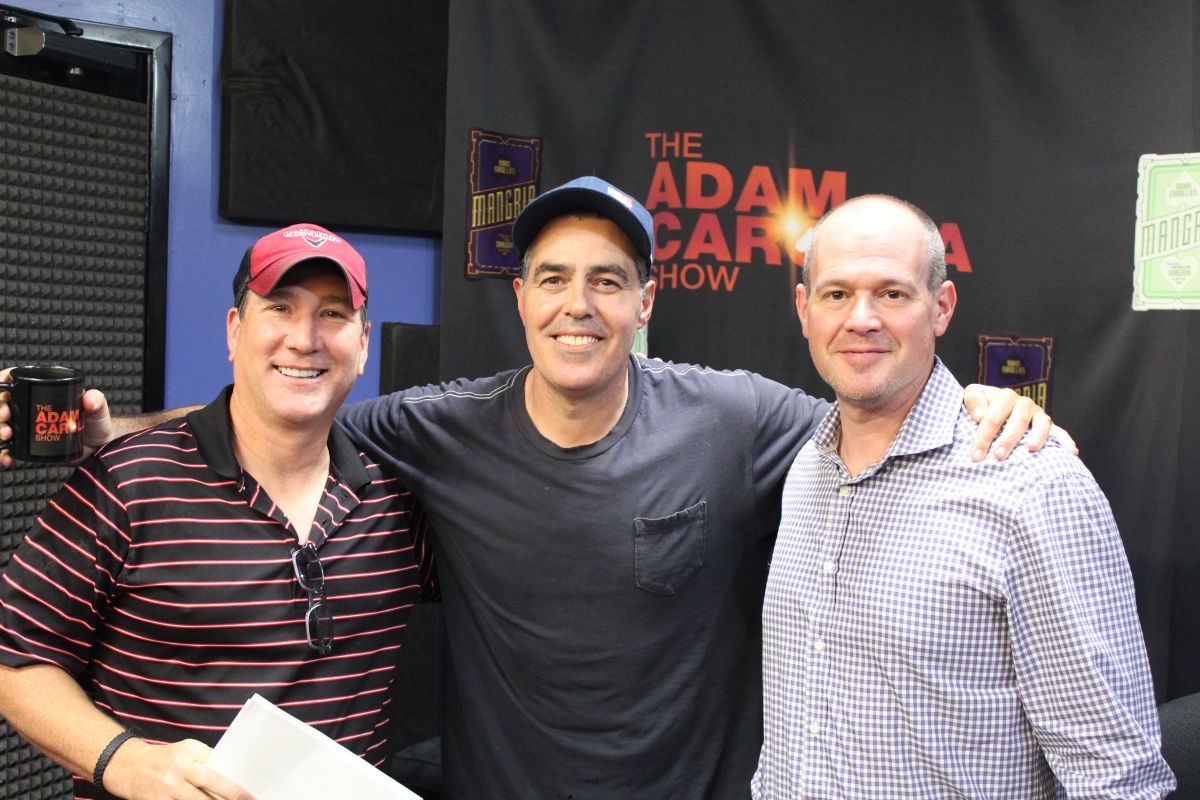 Posted at 01 Oct 2014 in Podcast by Chris Laxamana

Adam opens the show with Mike August in studio. The guys are finally able to discuss the Patent Troll litigation now that the period of silence has ended. But first, Adam wants the audience to get to know August a bit better, and the guys discuss August’s legal background, and moving around the country with his dad the football coach. Adam and August then spend some time breaking down exactly what happened in our fight against the patent trolls, and how close to extinction the podcast really was.

Rich Eisen is in next, and the guys talk about his new TV show. Adam then takes a call from Eric Stonestreet and the guys talk about this week’s Chiefs-Patriots game, as well as how different Eric is from his role on Modern Family. Later they talk about why there will never be Friday Night Football for the NFL, Rich’s pick for this season’s Super Bowl winner, and why we need a Replay Gimp. In the last part of the show, Adam takes a couple fan calls, and Alison reads news stories about the season premiere of SNL, the potential for decriminalization of sibling incest in Germany, and the Microsoft Surface taking over professional sporting events. As the show wraps up, the guys discuss the traffic statistics for PornHub.