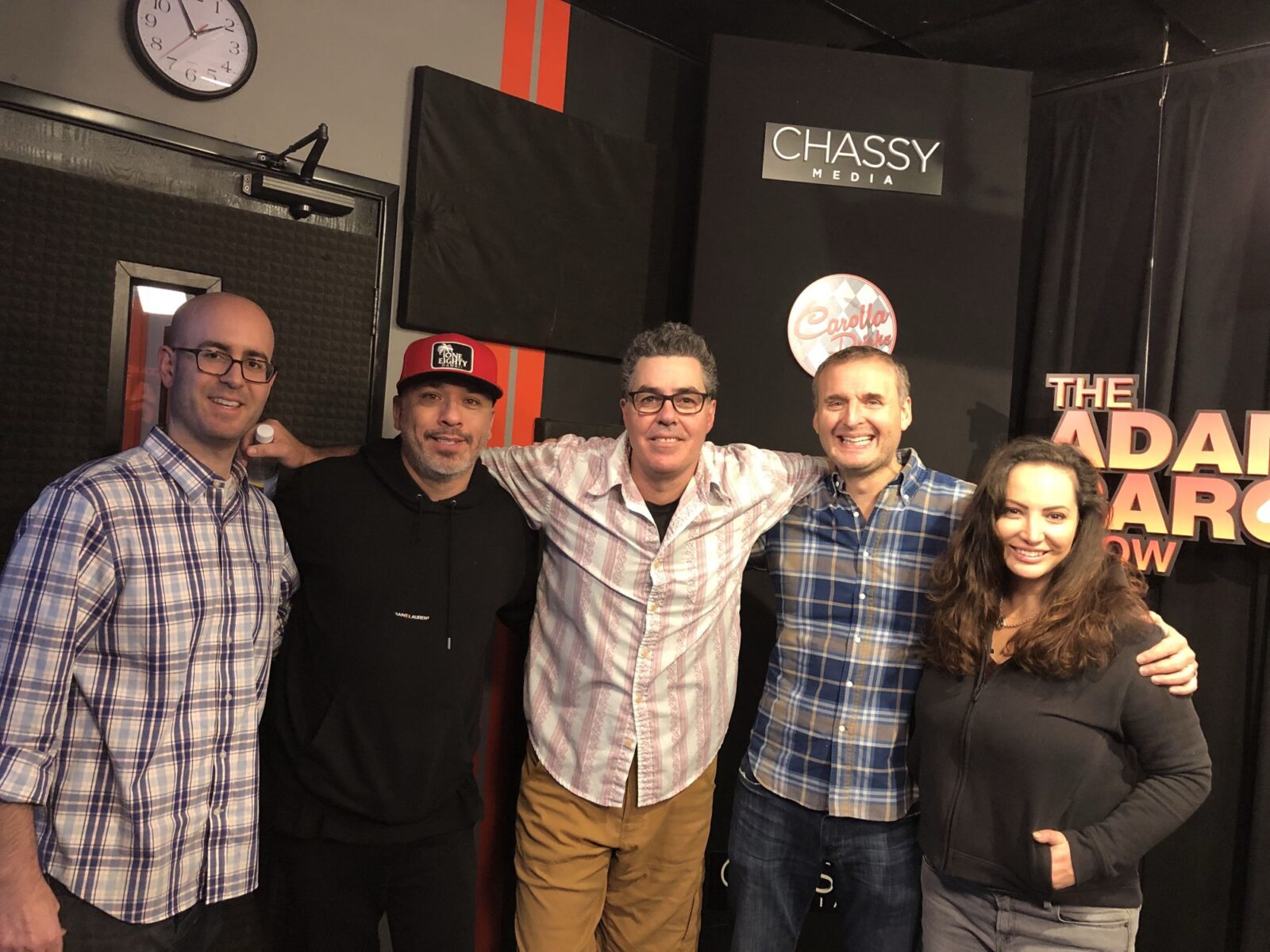 Posted at 22 Jan 2018 in Podcast by Chris Laxamana

Adam welcomes Jo Koy to the podcast right at the top of the show. The guys talk about ‘driving your truth’, and then take calls from people having problems in their lives so Jo’s Mom can help them out. Along the way, Adam rants about betting on football, and the guys discuss the seriousness of RCS. Adam also talks about the Carolla Family’s thoughts on telephone communication, and shares a dream he had about Dancing with the Stars. Before the end of today’s Part 1, enjoy Good Sports.

Phil Rosenthal is in studio next, and Adam talks with him about following his dreams to do a travel show. Adam gets Phil’s taco rankings, and hears his thoughts on hot dog toppings and deli meats. Brian (from the other shop) then enters the studio for a round of ‘Will Brian Eat It?’. Bald Bryan then talks about ‘The Rogue Experience’. Later, Gina reads news stories about the SAG Awards, Tom Petty’s accidental overdose, and this year’s flu epidemic spreading to dogs. As the show wraps up, the guys talk about the name of Kim and Kanye’s third baby, and Adam wonders more about donor eggs.