Mr. Carolla Goes To Washington + US Olympic Gold and Baldywood Review of ‘A Futile and Stupid Gesture’ 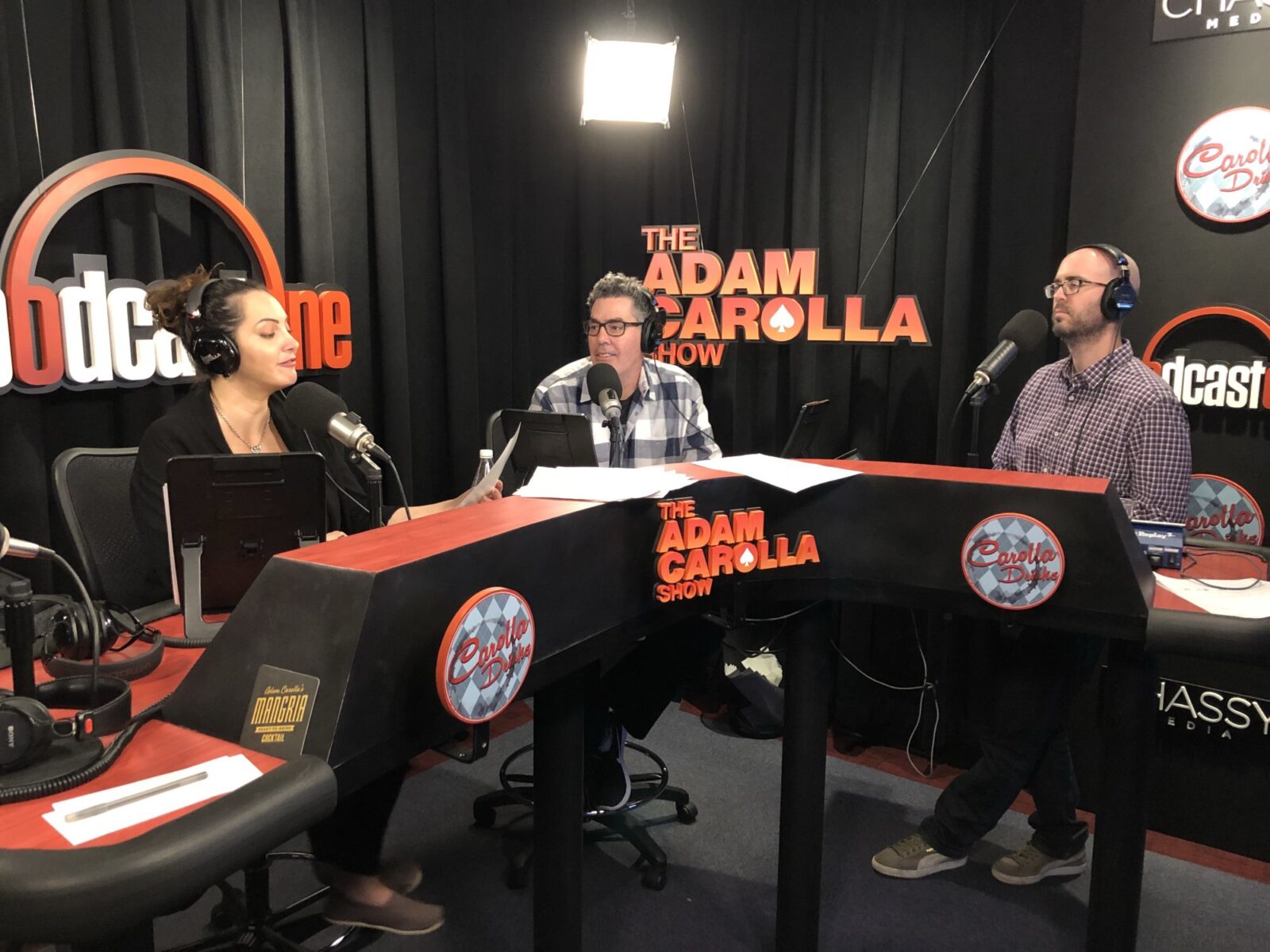 11 Feb Mr. Carolla Goes To Washington + US Olympic Gold and Baldywood Review of ‘A Futile and Stupid Gesture’

Posted at 11 Feb 2018 in Podcast by Chris Laxamana

The opens with an on-air discussion about the Tool Box segment. Adam then talks about his stay at the infamous Watergate Hotel, and tells stories from the road involving first class woes, window shade etiquette, and not having enough breakfast sandwiches on board. Adam then takes a call about the least annoying way to ask for a picture, which leads to further conversation about Adam’s visit to DC, including a trip to NASA and satisfying performance at the Kennedy Center.

After Good Sports, Bald Bryan reviews the Netflix film ‘A Futile and Stupid Gesture’. The guys then laugh about Adam’s dog Phil, and Gina starts the news talking about Team USA’s first gold medal in this year’s Olympics. The guys also talk about subzero temperatures in Korea, and the controversial Quincy Jones interview. As the show wraps up, the guys listen to some of Adam’s favorite tracks from Quincy.

More photos and videos from the Kennedy Center to come! On tomorrow's episode, Ace recounts how amazing you guys all were! Thanks again! pic.twitter.com/oRbkpYBk0F

Little bit of a line last night to meet Ace in D.C. Thanks to everyone who came out to the Kennedy Center! We’ll see you soon! pic.twitter.com/9HoXLPrgif