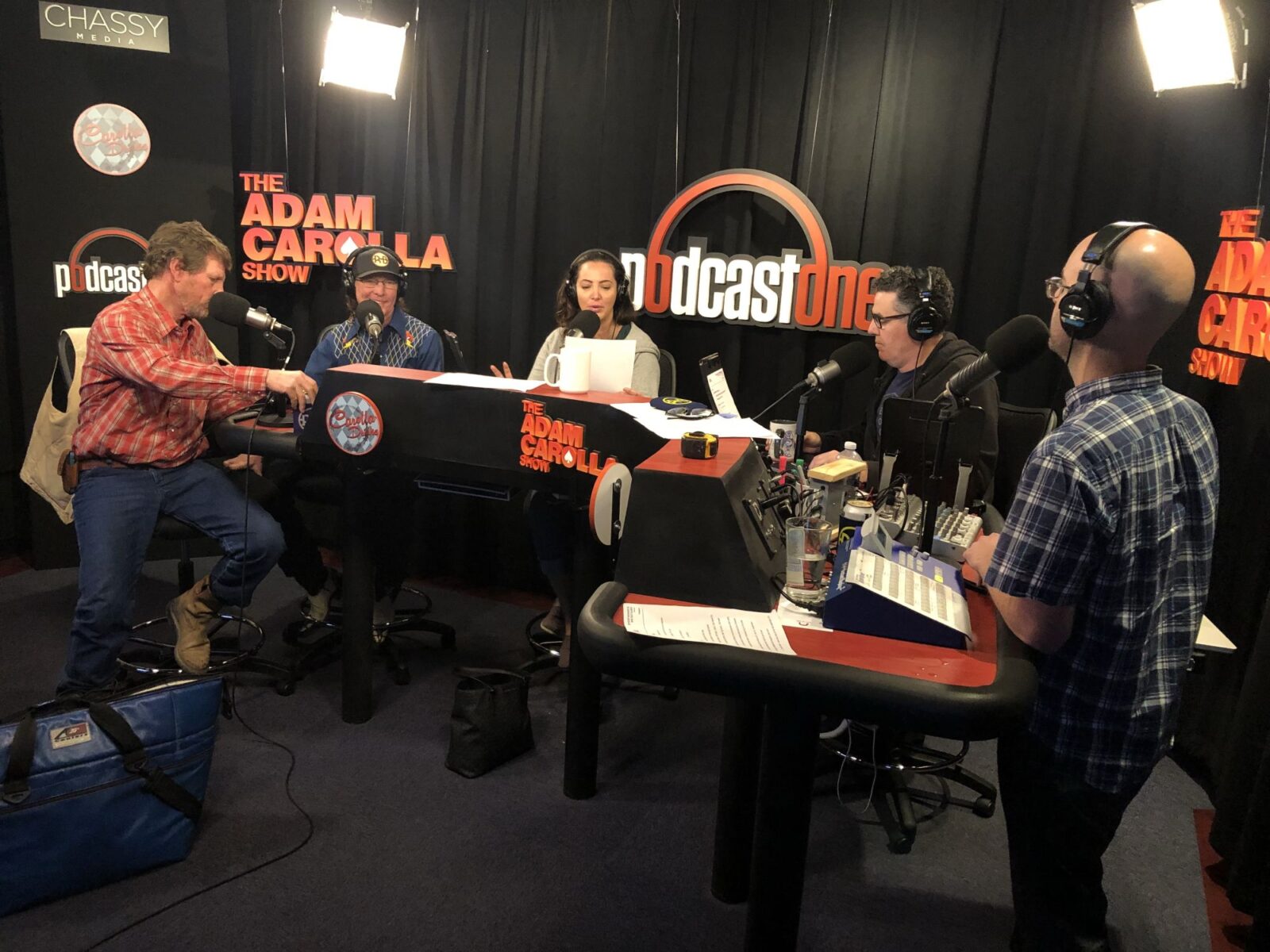 Posted at 08 Feb 2018 in Podcast by Chris Laxamana

At the top of the show, Adam talks about being on the road, and recalls a trip to Vegas driving a mini pickup truck. Bald Bryan tells his own Vegas road trip story, and the guys watch a viral clip of a woman freaking out in a WalMart because hair products were locked behind a cage. After that, enjoy today’s Good Sports!

Rooster McConaughey and Butch are in studio next, and the guys talk about their upbringing, Rooster’s relationship with his younger brother Matthew, and experiences investing in entrepreneurs. The guys then take fan phone calls pitching various ideas to Rooster and Butch. Gina also reads news stories about text neck, a middle school prank involving a stripper, and Jim Carrey getting rid of Facebook because of Russian election interference. As the show wraps up, the guys react to a couple more stories about why drinking helps remove toxins from your brain, and a bar banning customers from using the word ‘literally’.

Watch episodes of ‘Rooster and Butch’, Wednesday at 10pm on A&E. You can also follow the guys on Twitter @TheRealRoosterM and @TheRealButchG.