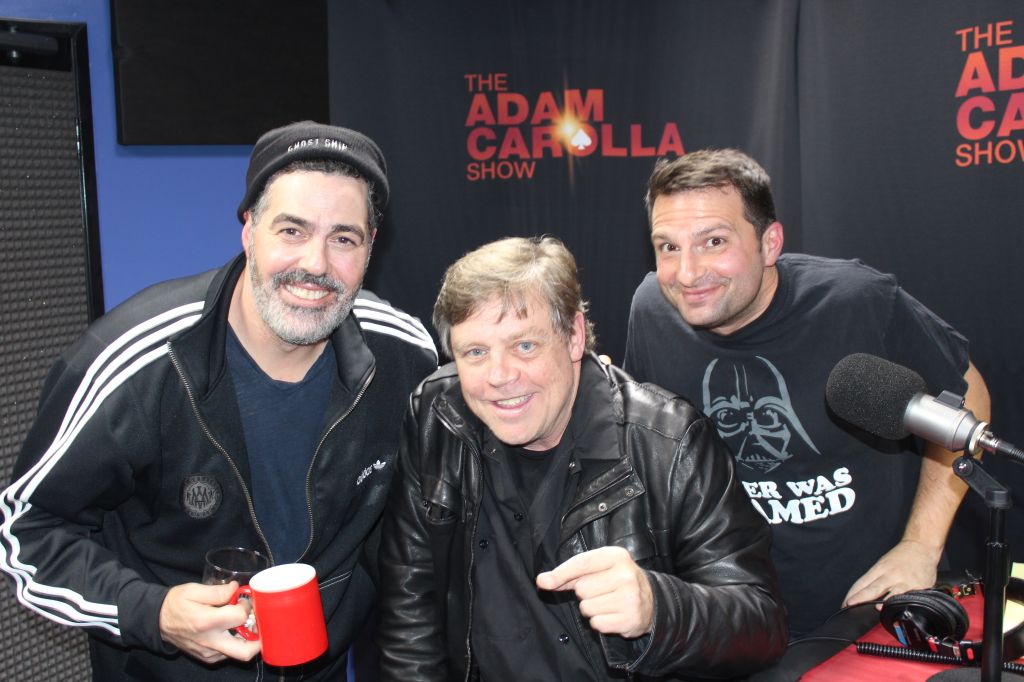 Posted at 13 Dec 2012 in Podcast by Chris Laxamana

The show opens with a big announcement from Bald Bryan. The guys then talk about Barbara Walters’ list of the 10 most interesting people, and Adam discusses the idea of having a fat president. Dave Dameshek is also in studio, and talks with Adam about the final weeks of the NFL, the latest in the NBA, and the Pacquiao knockout. Of course he also reveals the Creep of the Week, and the guys have a discussion about ways to avoid parking lot woes.

Mark Hamill is in studio next, and talks about his ultraviolent new project, ‘Sushi Girl.’ He also talks about his early years growing up as the middle of seven kids and constantly moving around, ultimately graduating high school in Japan. Mark also talks about his experience filming the Star Wars trilogy, and Shek lives his dreams by reading lines from his favorite scenes with Luke Skywalker. Today’s top news story is about the FCC mandating that commercials cannot be pumped louder than the TV shows they’re attached to. The show then wraps up with a conversation about Maxipads, ‘What’s Happening!!’, and the Golden Globe nominations.
[youtube url=”http://www.youtube.com/watch?v=61YWyumZBd8″ autohide=”1″ showinfo=”0″]