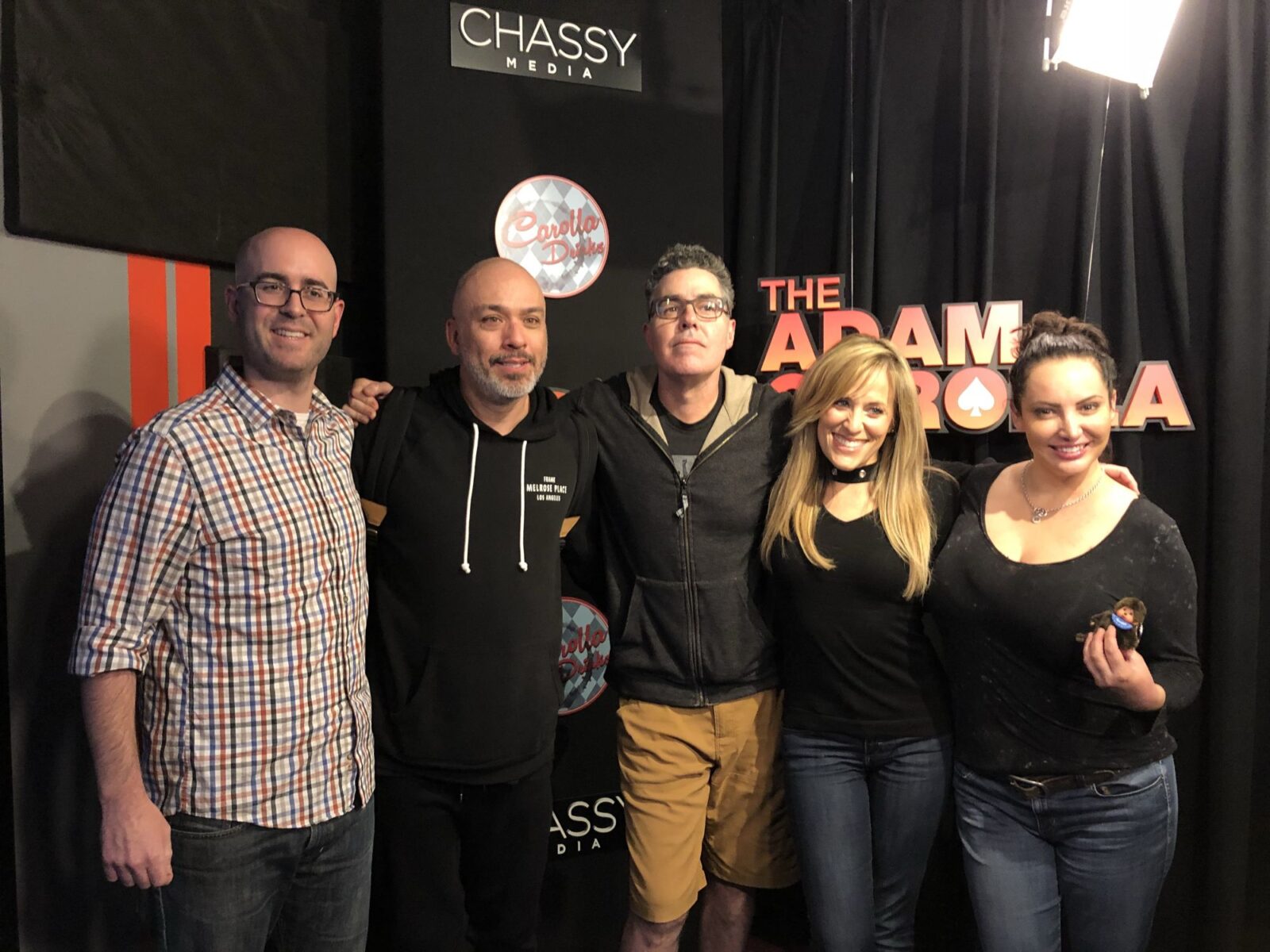 Posted at 03 Apr 2018 in Podcast by Chris Laxamana

At the top of the show, Adam complains about politicians sucking up to kids, and the idea that facts and wisdom are now seen as being ‘old’ or ‘hating on’ something. Adam then has Matt read his insane travel schedule, and he suggests some improvements for Uber to implement. Jo Koy is also in studio, and the guys take a call about traveling to the Philippines, which leads to a conversation with ‘Manny Pacquiao’. They also talk to callers about advancing your comedy career, and fighting with your Uber driver. Before Good Sports, enjoy another round of the March Gradness Final Four.

Lilian Garcia is in studio next, and Adam talks with her about the rise in popularity of women’s wrestling. They also talk about women bar fights, and imagine what a wrestling theme park might look like. Gina then begins the news talking about a kid who spent 12 hours stuck in an LA sewer. They also discuss a breaking news story about a shooting at a YouTube campus, the ‘disconnect from work’ bill, and the disgusting viral trend of snorting condoms. As the show wraps up, the guys talk about a shortage of refs due to fights with parents, and a new possible cure for ED which involves getting your junk zapped.