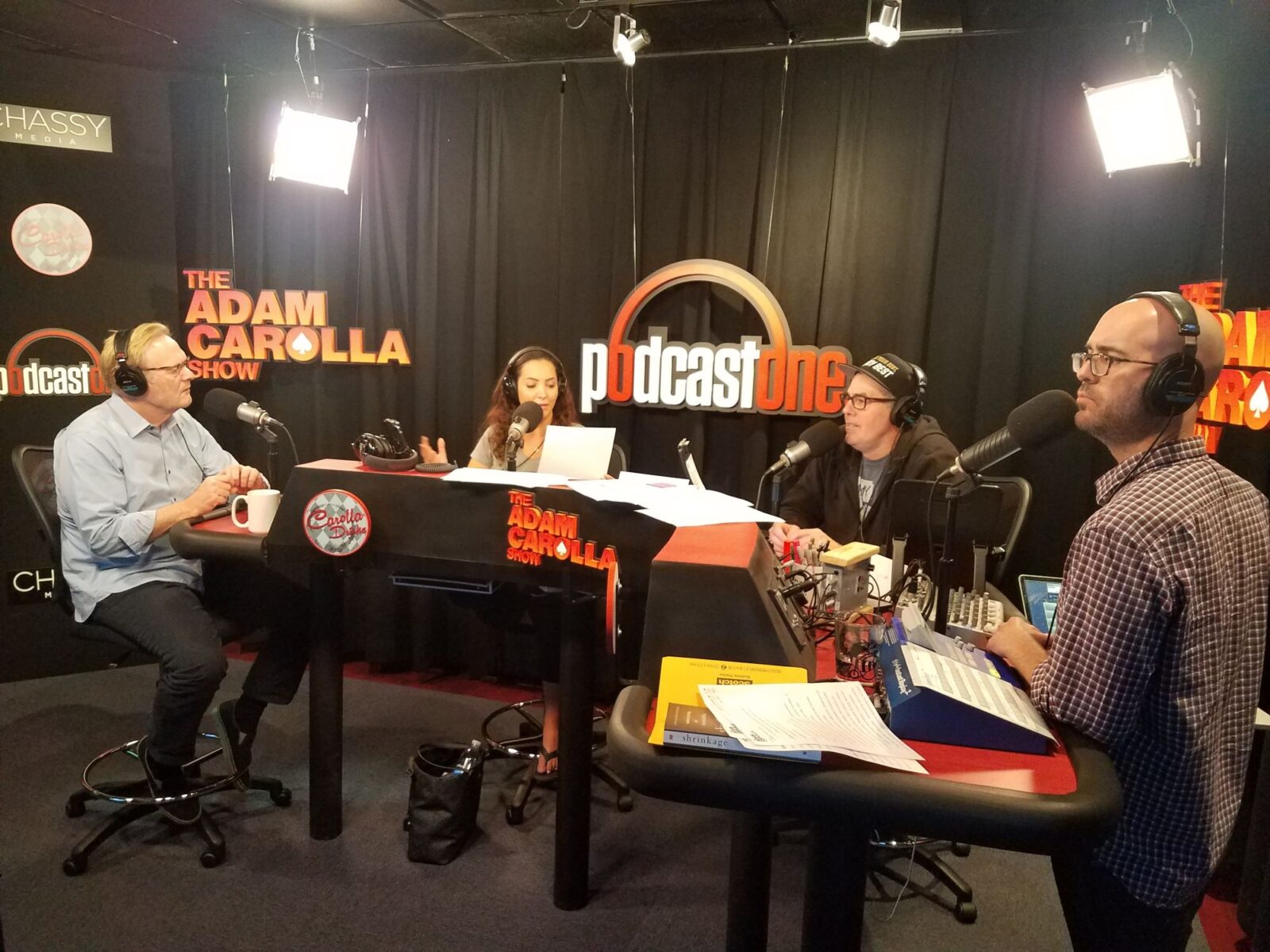 Posted at 20 Nov 2017 in Podcast by Chris Laxamana

Adam opens the show talking about a car service he once shared with Fred Willard. He also tells a story involving Leeann Tweeden and a Celebrity Go Kart race, and then Bald Bryan gives an update on his baby getting sick. The guys then take fan phone calls about substance abuse in Hollywood and road rage, followed by a sports update from Chet Waterhouse. Before the break, check out Adam and Shek during today’s ‘Good Sports’.

Lawrence O’Donnell is in studio next, and Adam talks to him about the behind-the-scenes workings of Primetime coverage. They chat a bit more about the Trump presidency, how the political pendulum swings, and Lawrence’s days at Harvard. Adam and Lawrence also have an extended conversation about shyness and aggression. Today’s news then opens with the death of Charles Manson. The guys also discuss the brilliance of Elon Musk, Gene Simmons being banned from Fox News, and a 9-year-old who just became the youngest person to complete the ‘Triple Crown of Hiking’. Other news stories include statistics about vegetarians being less healthy people, and the health benefits of having a dog. As the show wraps up, the guys discuss eating bugs, and Lawrence’s infamous leaked on-air tirade.

Click through our Amazon link to get your copy of Lawrence’s book, ‘Playing with Fire’:
https://www.amazon.com/Playing-Fire-Election-Transformation-American/dp/0399563148/ref=sr_1_1?ie=UTF8&qid=1511214456&sr=8-1&keywords=lawrence+odonnell