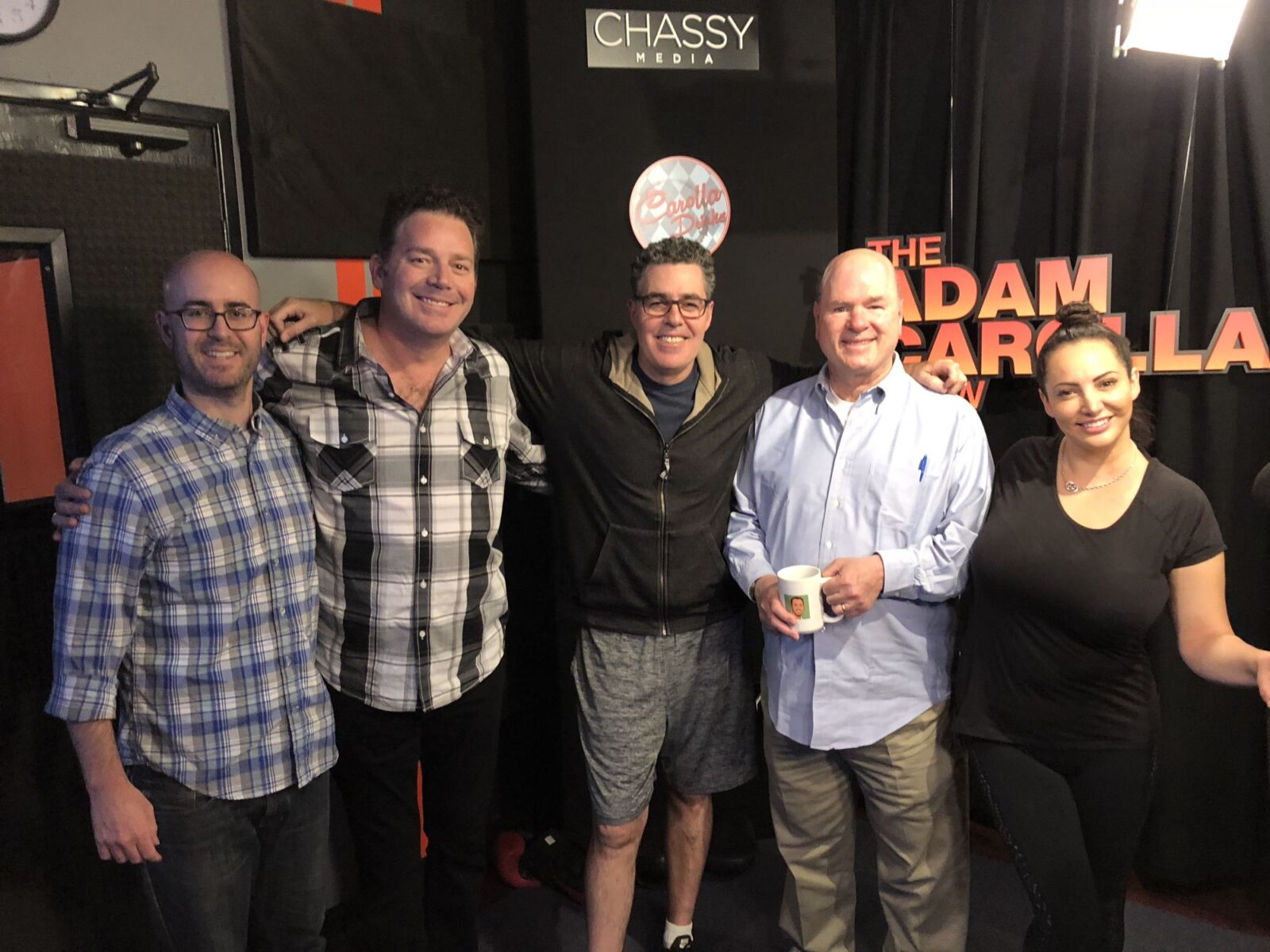 Posted at 13 Apr 2018 in Podcast by Chris Laxamana

Adam opens the show with the great Larry Miller in studio. Adam complains about his kids not appreciating all the entertainment they have in their lives. The group also talks about why guys play golf, and Adam and Larry play a round of the Hypothetical Road Trip Game. Before Good Sports, Adam talks about his recent conversation with Mark Geragos, and breaks down some of the game tape of his animated pilot, ‘Birchum’.

Brad Sherwood is in studio next, and the guys talk about his touring show ‘Scared Scriptless’. The show co-stars Collin Mochrie of ‘Whose Line Is It Anyway’, and Brad talks about the pleasure of doing a show that’s different every time. They also chat about the tenants of improv, and how non-jokes get big laughs. Gina then begins the news with updates on the Kevin Spacey sex assault case that’s under way. They also comment on a series of videos that show an Indian monk pulling a car with his genitals. Other news stories include statistics about Millennials and their relationship to cars, and a school that’s banning homework and tests in an effort to reduce stress. As the show wraps up, the guys talk about the relationship between weed smoking and binge drinking.

Get tickets for Scared Scriptless by going to http://colinandbradshow.com. You can also follow Brad on Twitter @TheBradSherwood.