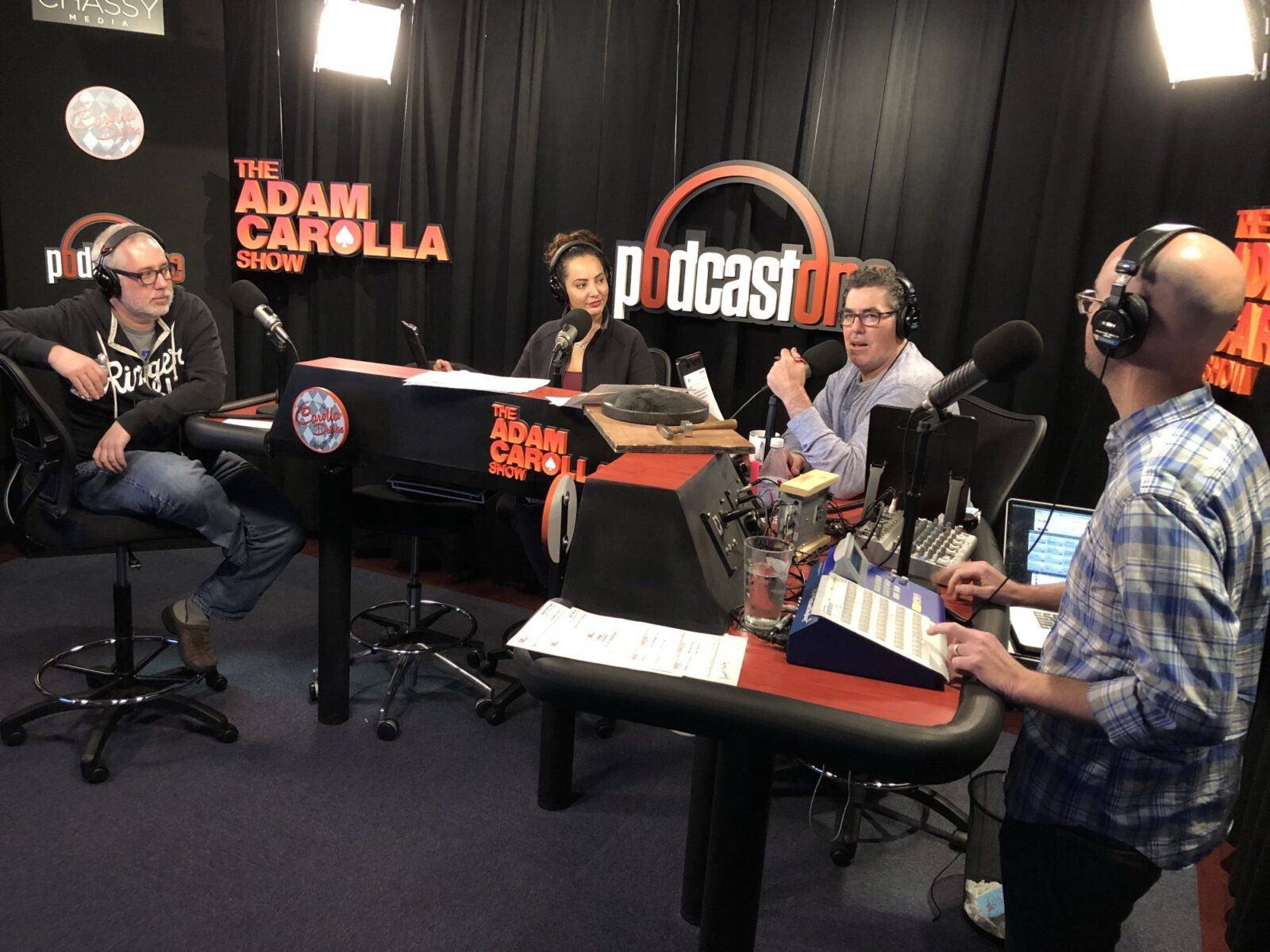 Posted at 25 Mar 2018 in Podcast by Chris Laxamana

As the show opens up, the guys laugh about Burt Reynolds threatening to kill Adam on his phone call yesterday. Larry King then calls in and the guys talk about Larry doing standup, and now joining Dennis Miller for a touring live show. Larry also talks about why he’s never retired, his multiple Emmy nominations, and the importance of curiosity. Adam then breaks down the truth behind the first autonomous vehicle death, and Adam and Shek present today’s Good Sports.

Brian Koppelman is in studio next, and the guys talk about Paul Giamatti losing weight because of his job. They also discuss the policy of washing your hands in the bathroom, and Adam shares a story about Sonny getting into some great music. The guys then talk about performing small gigs for the right price, and the time Brian met Joe Jackson. Later, Gina reads a news story about the happiest cities in the world, and Brian convinces Adam to take soul cycle classes together. As the show wraps up, Gina reads news stories about death by movie theater chair, a house from Pulp Fiction going up for sale, and women being more turned on by other women.

Visit http://ticketmaster.com to get tickets to Larry King and Dennis Miller’s live show, ‘The King and The Jester’.

Tempe Police Vehicular Crimes Unit is actively investigating
the details of this incident that occurred on March 18th. We will provide updated information regarding the investigation once it is available. pic.twitter.com/2dVP72TziQ