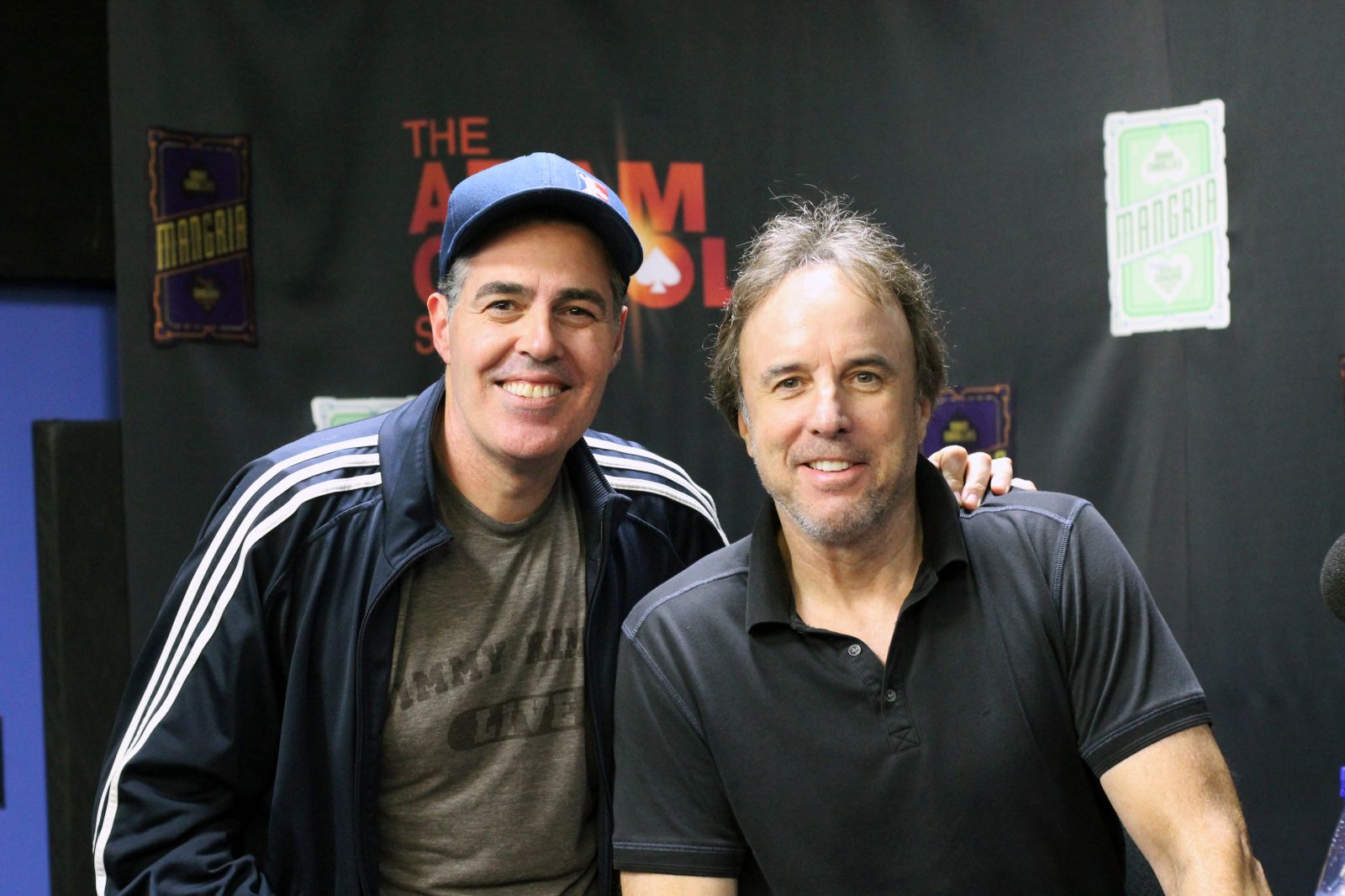 Posted at 02 Jun 2015 in Podcast by Chris Laxamana

At the top of the show, Adam talks with Bald Bryan and Gina about working with Dr. Drew, and the power of podcasting. Adam then plays audio from another frustrating press interview, and gets an update from the fan who was looking for a kidney. Adam also rants about pointless PSAs and takes fan phone calls about having a girl you hook up with gossip about you, and the film ‘Porkies’. The guys then listen to a clip from Adam’s new audiobook.

Kevin Nealon is in studio next, and Adam talks with him about his experiences at the SNL 40th Anniversary taping. The guys also talk about having your sketch revitalized for a national campaign, and Adam teases him about Billy the Elephant, leading to a conversation about being vulnerable. Gina then begins the news by revealing the Vanity Fair cover that features Caitlyn Jenner. They also discuss Tracy Morgan’s first interview since his accident last year, Pizza Hut’s big changes, and the relationship between orgasms and prostate cancer. As the show wraps up, the guys chat about tipping etiquette, and the upcoming sequel to Dazed and Confused.